Government has placed only 16,500 young people in jobs through Kickstart Scheme

It was meant to create hundreds of thousands of jobs for young people who had been hit hardest by the economic fallout of the Covid-19 pandemic.

But nine months since it was launched only 16,500 people have been hired through the Kickstart Scheme. The government’s target was to create 250,000 jobs through Kickstart and think-tank Resolution Foundation predicted that take-up of the scheme could dramatically exceed that number.

The Department for Work and Pensions is standing by its target and last week promised to ramp up its efforts. It pointed out that the scheme will be aided by the current unlocking of key sectors, including hospitality, culture and leisure.

Companies large and small have signed up to the Kickstart Scheme.

Larger businesses that have taken part or supported the scheme include M&S, Tesco, Network Rail, The Royal Mint and KFC to name but a few. M&S, for example, has plans to take on a total of 360 young people via the scheme with a second Kickstart co-hort scheduled in June this year.

However, smaller and medium sized enterprises (SMEs) have found accessing the scheme more difficult, mainly because of extra red tape and delays in the application process.

Most of the delays have been created because companies that were hiring fewer than 30 people through the scheme could not apply directly to DWP. Instead the rules forced SMEs to offer placements through an intermediary or “gateway”. 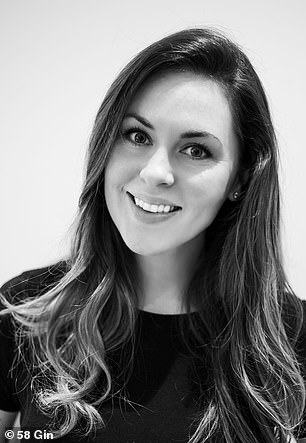 Carmen O’Neal, managing director of 58 Gin, says she has waited over eight weeks and has still not been approved under the Kickstart Scheme yet

Jo Caine, managing director of specialist recruitment firm Cathedral Appointments, says: ‘The application process for the kickstart scheme is a lengthy one, there is a lot of paperwork and an extremely saturated line of communication.

‘From start to finish, Cathedral Appointment’s application took nearly three months but, finally, we received final sign off that our vacancies were live last week.’

Carmen O’Neal, managing director of 58 Gin an eco-distillery in East London, has had a similar experience.

She says: ‘We started the process eight weeks ago. We are still waiting for the first stage of approval and have no clear indication of how long this will take.

‘This is extremely frustrating as this scheme will really help us to move the business forward. Following a tough 12 months for our business and the wider hospitality industry, we are in a position where we are reliant on the scheme to help support our progression and growth.

‘We want to provide opportunities for young people – to nurture and support them to have a long term career in the distillery and wider industry, however at the moment the scheme has just not got off the ground and we are left with roles to fill.’

The DWP has confirmed to This is Money that the application process timings has been reduced and that as of 16 March the average processing of applications takes 21 days.

This, however, excludes the time needed for hiring and candidate selection. A DWP spokesperson explains: ‘Once approved an employer decides when the job will start and local Jobcentre Plus staff refer young people to apply. 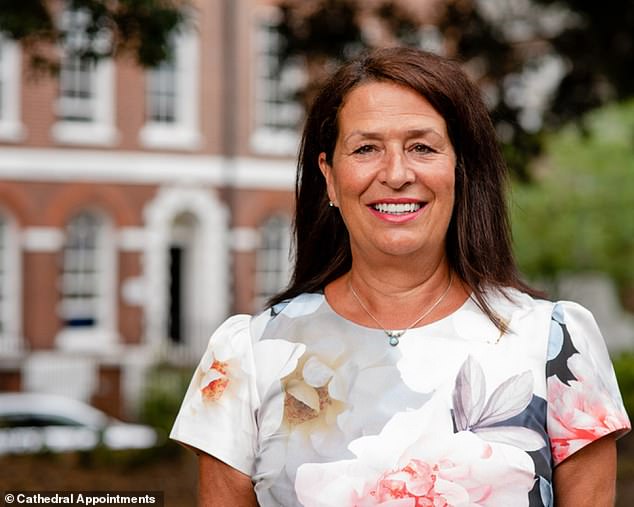 Caine says it’s not surprising that there are delays: ‘Our local councils, the Department of Working Pensions and the Job Centre have been tasked with an immense feat.

‘To help the youngest generation, the group hardest hit by the COVID-19 pandemic, regain their confidence, build upon their skills and re-enter the world of work with the support of nurturing role-models and teams, as well as rigorously ensure no fraudulent claims are made is no easy task.’

Change in the rules

The delays have resulted in the government removing the 30-job threshold from the Kickstart Scheme earlier this year.

A DWP spokesperson says: ‘Since the launch of Kickstart in September 2020 we have continued to listen and engage with stakeholders to ensure that Kickstart is working as effectively as it can. Based on that feedback, we removed the 30-minimum number of placements for a direct application from an employer.

‘This means that those wishing to apply for Kickstart jobs have a choice in how they engage with the scheme, either through one of over 900 approved gateways or through a direct application.’

Another aspect identified by employers that slows the process down is conducting the selection of candidates through the Job Centres.

Following a tough 12 months for our business and the wider hospitality industry, we are in a position where we are reliant on the scheme to help support our progression and growth

Caine says: ‘One area that I feel could help speed up the process ever so slightly is to allow employers more autonomy around the hiring process of kickstarters.

‘At the moment, applications must go through the job centre before being forwarded for review by employers. This seems to be a very long-winded back and forth.

‘If employers have the ability to source and vet their own applicants, while keeping the Job Centre in the loop with any progress made to ensure no “foul-play”, this will undoubtedly make the process much smoother and more efficient.’

However, at this stage the DWP are committed to keeping the Job Centres as part of the hiring process.

A spokesperson says: ‘We understand that employers will want to promote the Kickstart jobs they have available for young people and employers are working with local job centres to do this.

What is the Kickstarter Scheme?

The Kickstart Scheme is a six-month work placement designed to get long-term unemployed young people onto the career ladder.

The Kickstart Scheme will directly pay employers to create new jobs for six months provided they:

· Can prove that the role is a new job and addition to the company;

· Made the young recruits work for a minimum of 25 hours per week and paid at least the National Minimum Wage.

‘Referrals must be made through work coaches to ensure that eligible young people are applying for these jobs. Kickstart Scheme grant funding is only given when a young person is recruited through this route.

‘If candidates are recruited through your own advertising activity, you will not receive Kickstart funding for these individuals.’

According to the Office for National Statistics, two thirds of young people that have lost their jobs since February 2020 have been under the age of 25. While progress on getting young people placed into jobs has been slow, more companies and organisations are committing to using the Kickstart Scheme.

The Nottingham Castle Trust pledged to create more jobs under the Kickstart Scheme this week.

The placements will be based at the newly refurbished Castle, giving applicants the rare opportunity to gain experience at an international heritage tourist attraction that is set to play a key role in the economic revitalisation of Nottingham when it reopens on 21 June 2021.

Meanwhile, youth charity ManpowerGroup said in April that it has joined forces with The Prince’s Trust to support thousands of young people into the scheme.

The DWP spokesperson adds: ‘We are positive that we will create 250,000 Kickstart jobs. As we move down the roadmap out of lockdown the number of young people starting their Kickstart jobs is increasing week on week.

‘The Chancellor announced the £2billion Kickstart Scheme as part of the Government’s Plan for Jobs and we expect to spend that delivering good-quality Kickstart jobs for young people.’