The Government has been pressured into issuing new guidance on ‘do not resuscitate’ orders after a woman threatened legal action over concerns ill coronavirus patients’ human rights in care homes and hospitals are being ignored.

Kate Masters had threatened to sue the Government over its failure to provide consistent advice on DNRs during the COVID-19 pandemic.

She previously said the decision-making process around DNRs had ‘become opaque, inconsistent and deficient’ amid reports of poor and unlawful practice, including elderly patients being pressured into signing DNR forms, during the crisis.

The Government has now said it will publish two documents to ensure patients and families understand how DNR decisions are currently being made.

One document will be for patients and their families setting out matters such as the right to be involved in the decision and how to request a review, while the other is for NHS staff. Both will be published on the NHS website.

Kate Masters said the decision-making process around DNRs had ‘become opaque’ in the wake of the Covid-19 pandemic. Ms Masters’s late father David Tracey had brought a successful judicial review establishing a violation of his late wife Janet’s human rights while she was treated in Addenbrooke’s Hospital, in Cambridge, after a car crash in 2011. Above, Mr Tracey at the Royal Courts of Justice in 2014, with Kate (r) and another of his daughters, Alison Noeland 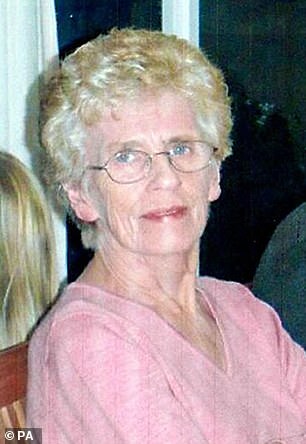 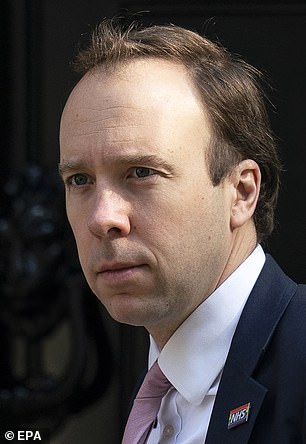 The family of Janet Tracey (left) won a landmark legal case over ‘do not resuscitate’ (DNR) notices. They have now threatened legal action against Health Secretary Matt Hancock (right) and the Government over fears ill Covid patients’ human rights are being ignored

What are Do Not Resuscitate orders and who can invoke them?

What is a Do Not Resuscitate order?

A DNR order is a legal order which tells a medical team not to perform CPR on a patient. However, this does not affect other medical treatments.

Who can invoke a DNR?

The British Medical Association and the Royal College of Nursing say that DNR orders should only be issued after discussions have been held with patients or their family.

A patient may decline resuscitation if they have capacity as defined under the Mental Health Act 2005.

When would it not be appropriate to attempt resuscitation?

Not everyone wants to receive attempted CPR, so it is important to respect people’s wishes and to make sure that they are offered a chance to make choices that are right for them.

When someone’s heart and breathing stop because they are dying from an advanced and irreversible condition, CPR will subject them to a vigorous physical intervention that deprives them of a dignified death. For some people this may prolong the process of dying and, in doing so, prolong or increase suffering.

When there is a chance CPR may bring someone back from cardiac arrest to a length and quality of life that they would want, they should be offered:

A Department of Health and Social Care spokesman told MailOnline the decision to publish advice ‘was already underway and is not a result of legal action’.

‘We have made clear that it is completely unacceptable for DNR orders to be applied in a blanket fashion to any group of people,’ the spokesman added.

‘The Government has taken consistent action on a number of fronts to prevent this from happening and NHS England is currently creating patient-facing guidelines on how to challenge a DNR and access support.

‘This work was already underway and is not a result of legal action.’

Ms Masters’ late father David Tracey had brought a successful judicial review establishing a violation of his late wife Janet’s human rights while she was treated in Addenbrooke’s Hospital, in Cambridge, after a fatal car crash in 2011.

In June 2014, the Court of Appeal ruled that the human rights of 63-year-old care home manager Mrs Tracey, who had terminal lung cancer, were violated when a DNR order was placed on her medical notes without discussing it with her first.

The case established there was a legal duty to consult with and inform patients if a DNR order was placed on their records except in very narrow circumstances.

Ms Masters had signalled her intention to apply for permission for judicial review of Health Secretary Matt Hancock’s failure to issue clear national guidance or a directive to ensure that patients’ Article 8 rights in relation to DNRs are protected.

Article 8 of the European Convention on Human Rights requires that DNR decisions (also known as ‘do not attempt cardiopulmonary resuscitation’, DNACPR) are taken in consultation with a patient or their family, that patients know in advance how decisions will be made and what to do in a disagreement.

In her legal letter Ms Masters provided examples of DNRs being made without consultation and said concerns about blanket DNRs were a result of Mr Hancock delegating resuscitation policies to a local level during the pandemic.

Initially, according to law firm Leigh Day, the Government maintained that this was a matter for local health bodies, before accepting after legal correspondence that clearer guidance was needed.

However, a request for fuller information on the NHS website was denied, and for weeks Government lawyers ‘maintained that other generic statements were sufficient to inform people about DNARs and the decision-making process required by law’, Leigh Day said.

Ms Masters said: ‘I am really pleased that, following correspondence with my legal team, Matt Hancock has informed us that he will be issuing patient-facing information on the NHS website.

‘Previously, in response to many stories in the press, various regulatory and professional bodies including NHS England have issued letters aimed at clinicians to remind them that DNACPR decisions must be based on clinical need and individual circumstances.

‘There has however to date been no such national initiative to ensure that patients have the information to hand to ensure that they can engage in these discussions.’

Ms Masters said her lawyers had ‘provided specific information that needs to be made available which is based on what people have told us they are confused about and what legal rights they need to know about’.

She said she would take further action if this was not set out in the Government guidance. 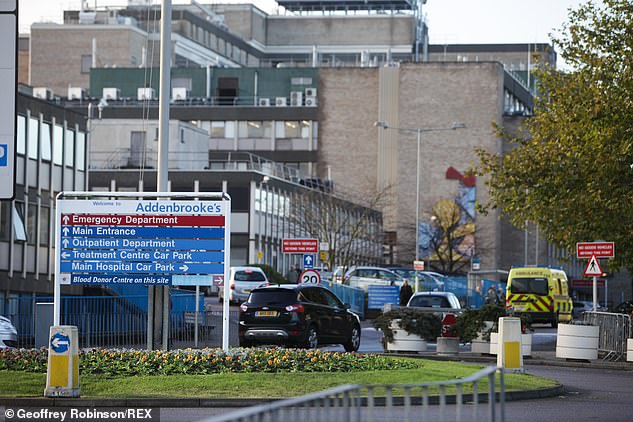 Janet Tracey had told doctors she wished to be included in conversations about her care, and even wrote a note to one consultant from her hospital bed which said ‘Please do not exclude me’ and ‘I will do my damnedest’. So she was ‘distraught’ and ‘horrified’ to discover that a DNR order had been placed on her notes without her knowledge (file image, Addenbrooke’s)

‘Please do not exclude me!’: The tragic case of Janet Tracey’s DNR

Despite Janet Tracey’s poor prognosis after the car crash in 2011, her family said at the time that she had ‘a strong will to live’ and ‘wanted to have every minute of every day’ for her four daughters and seven grandchildren.

Mrs Tracey, 63 – who already had terminal lung cancer – had told doctors she wished to be included in conversations about her care, and even wrote a note to one consultant from her hospital bed which said ‘Please do not exclude me’ and ‘I will do my damnedest’.

So she was ‘distraught’ and ‘horrified’ to discover that a DNR order had been placed on her notes without her knowledge.

When Mrs Tracey objected, it was cancelled by Addenbrooke’s staff, but it was reinstated days later following discussions with the family after her condition deteriorated, and she passed away on March 7, 2011.

Leigh Day partner Merry Varney said: ‘It is fundamentally important that at such a crucial stage in the care of people who may be approaching the end of their life, that people know and understand how the DNR process works, and what authority the medical profession may have, outside of a patient’s and family’s wishes.

‘Since the start of the pandemic, we have been inundated with requests for help from confused and distressed patients and families about do not resuscitate decisions.

‘Many appear to have had their right to respect for private life infringed, just as Kate’s mother had, with evidence of DNRs being implemented without consultation, without families being told, and without any clear explanation of the process for making these decisions.’

Davina Hehir, director of policy and legal strategy at Compassion in Dying, which supported the move, said: ‘This is a victory for common sense.

‘Coronavirus has highlighted and exacerbated ongoing problems concerning accurate and accessible national guidance regarding CPR, the lack of which has contributed to a proliferation of poor and unlawful practice during the pandemic.

‘We know that many patients who express a wish to protect themselves from potentially harmful or futile CPR are not supported to do so, and equal distress is caused when a DNACPR decision is not thoroughly and sensitively explained to a patient and their family.

‘Both scenarios completely undermine person-centred care at the end of life, and risk jeopardising sensible efforts to demystify CPR decisions and improve communication between doctors, patients and families around end-of-life decisions.’

In a letter before legal action formally commenced, Ms Masters called on Mr Hancock to ensure that patients’ human rights were protected by reminding NHS trusts that blanket DNRs were unlawful.

She said without action from the Government, Covid-19 patients were ‘at a considerable risk of having a DNR imposed on them without full information being given in advance, without a proper consultation and without any information as to what to do if the decision is disagreed with’.

The letter, from legal firm Leigh Day on behalf of Ms Masters, said: ‘Trusts and staff are under unprecedented burdens with the day-to-day management of healthcare provision, giving rise to a real risk of local inconsistency and arbitrariness as to decision-making procedures in the absence of clear national policy.’