The federal government plans to ramp up immigration once Australia’s borders reopen, Budget papers have revealed.

Treasury argued population growth needed to be turbocharged again to boost economic activity over the longer-term and save the apartment building sector.

Before the pandemic, Australia had an annual population growth pace of 1.5 per cent – among the highest in the developed world – despite repeated polls showing most Australians are in favour of reducing immigration.

Sydney and Melbourne were absorbing the bulk of new arrivals – with each city adding 100,000 new residents a year despite already being home to more than 5million people.

More than 40 per cent of Australia’s population lives in these two overcrowded cities.

In the year to June 2020, Australia’s net overseas immigration pace stood at 194,400 even though the border was closed from March last year.

The federal government plans to ramp up immigration once Australia’s borders reopen, Budget papers have revealed. Pictured is Sydney’s Wynyard station in May 2021 – a day before Covid face mask rules were reintroduced

Do you think the Australian government should ramp up immigration when the international border reopens?

The banning of non-citizens and non-permanent residents has seen Australia’s population growth pace dive to just 0.1 per cent – the lowest since World War I, and sparked calls for a new debate on immigration levels, with Labor’s Home Affairs spokeswoman Kristina Keneally among those demanding a rethink.

‘As a result of COVID-19, Australia will soon have an opportunity to do something we have never done before: restart a migration program,’ she said in an opinion piece for the Sun-Herald in May 2020.

‘The post-COVID-19 question we must ask now is this: when we restart our migration program, do we want migrants to return to Australia in the same numbers and in the same composition as before the crisis?

Now figures from the Budget papers suggest overseas migration will soon bounce back to pre-pandemic levels and hit record highs within three years.

With Australia’s border set to remain closed until mid-2022, the Treasury Budget papers predicted population growth of just 0.2 per cent during the 2021-22 financial year.

A reopening of the border from June next year would see population growth in 2022-23 edge up to 0.8 per cent – the OECD average before the pandemic.

Treasury’s Budget Strategy and Outlook paper argued immigration needed to be ramped up again in a bid to boost economic activity.

‘More broadly, the weak outlook for population growth in the near term as a result of border closures will also weigh on the outlook for real GDP growth,’ it said.

Unemployment was still expected to fall under 5 per cent, from 5.6 per cent now.

‘Slower population growth is also expected to limit demand for higher-density dwellings in coming years, such that the recent strength in housing market activity is not expected to be sustained,’ it said. 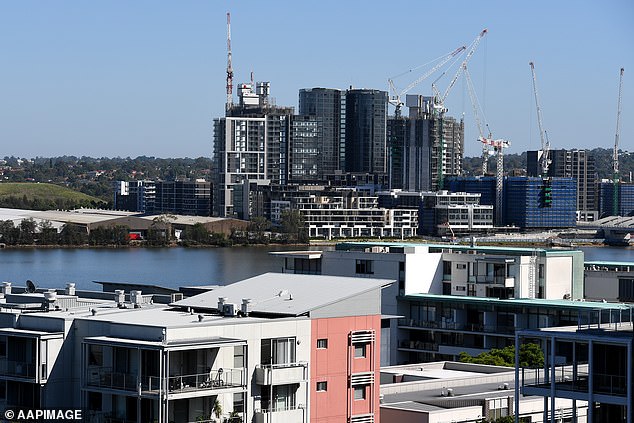 2020: Fell short of forecast 26 million due to Covid pandemic

2029: 30million (based on high overseas migration)

House building was also expected to slow down if the border remained closed, even though property price records are being set in both capital city and regional markets as interest rates remain at record lows.

‘The policy-driven strength in demand for detached house construction partly reflects a bring-forward in demand from future years and activity is expected to moderate as the current pipeline of work is completed,’ Treasury said.

‘By 2042, Australia’s population is projected to increase by around 30 per cent, to over 25 million people,’ it said almost two decades ago.

In 2019 a Lowy Institute poll found 71 per cent of Australians believed cities were already too crowded, and 47 per cent said the number of migrants coming each year was ‘too high’.

An Australian National University poll in in the same year showed 69.6 per cent of Australians felt the country did not need more people, while in October 2020 72 per cent told The Australian Population Research Institute Australia was full. 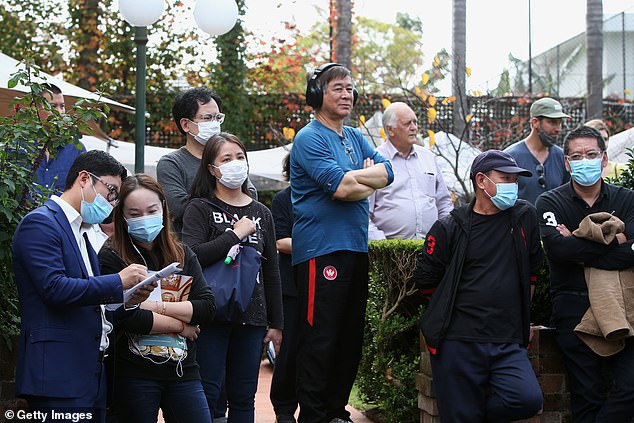 The Covid lockdowns only temporarily interrupted the real estate recovery that had begun in 2019, with Sydney’s median house price during the past year rising by 10.4 per cent to $1.147million. Pictured is a May 2021 auction in Strathfield in Sydney’s inner west

If it wasn’t for the pandemic, Australia’s population would have surpassed the 26million mark in 2020, with Treasury forecasting that milestone in the 2019 Budget – Josh Frydenberg’s first.

According to Australia Bureau of Statistics projections, Australia’s population will hit 30million in 2029, assuming high levels of overseas migration.

From 2012 until 2019, Australia’s net overseas migration was typically close to the 200,000 mark when the skilled immigration and humanitarian intake were factored in – a level well above the 20th century average of 70,000 a year.

In February 2019, less than a year before the first case of Covid came to Australia, 115,100 migrants moved to Australia.

The gross annual immigration pace surged to a record 844,800.

When the number of people leaving Australia for good was taken into account, the net annual immigration rate stood at a five-year high of 299,190, which included international students. 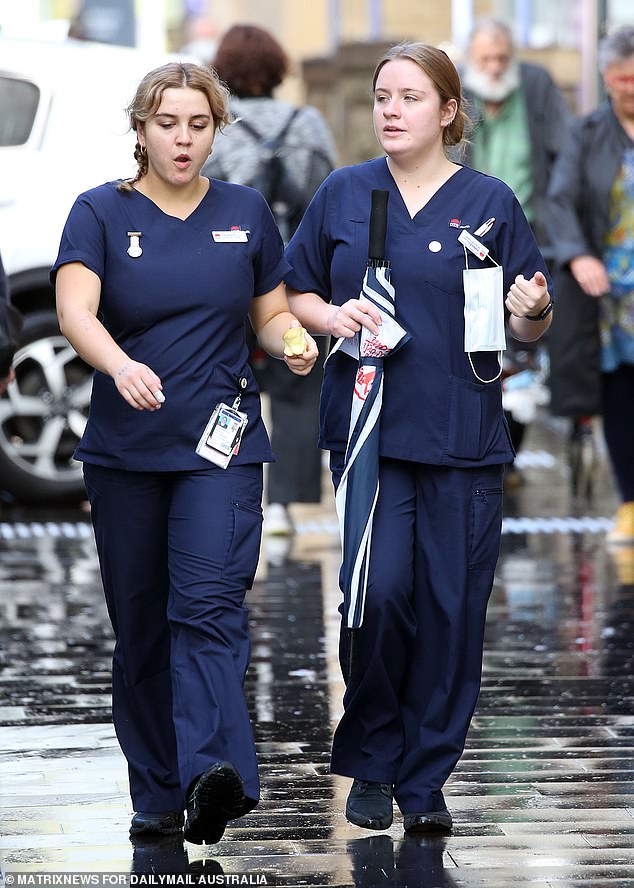 From 2012 until 2019, Australia’s net overseas migration was typically close to the 200,000 mark. By coincidence, Australia wages growth has remained below the long-term average of 3 per cent since mid-2013

Between 2012 and 2017, Sydney’s median house price surged by 68 per cent as Melbourne’s equivalent values rose by 54 per cent, with a trajectory only reversed when the Australian Prudential Regulation Authority cracked down on investor and interest-only loans.

The Covid lockdowns only temporarily interrupted the real estate recovery that had begun in 2019, with Sydney’s median house price during the past year rising by 10.4 per cent to $1.147million.

By coincidence, Australia wages growth has remained below the long-term average of 3 per cent since mid-2013.

Wages last year grew by just 1.4 per cent and the Budget papers tipped they would grow by just 2.75 per cent in 2025, by which time immigration would have resumed.