The ‘stay alert, control the virus, save lives’ slogan was unveiled on Sunday, replacing the ‘stay at home’ message that was in place since lockdown on March 23.

But the top experts in the fight against COVID-19 were allegedly not asked to sign off Prime Minister Boris Johnson’s new slogan, The Guardian reports.

This is despite both Professor Whitty and Sir Patrick having advised ministers on how to tackle the coronavirus pandemic for several months.

It has led to concerns that officials are no longer ‘following the science’ – the defense the government has given for every move during the crisis.

Ministers have refuted the chief medical officer and chief scientific advisor were not involved with the new branding – even though the Department of Health confirmed it was not within their job roles.

Health Secretary Matt Hancock this morning said the pair did sign off on the slogan, saying that he remembered ‘very carefully’ a meeting which the chief medical officer and chief scientific advisor attended.

But added that ‘ordinary people’ had also been involved with the creation of the new slogan.

However, hours later at the press briefing, Professor Whitty appeared to brush off the concerns by saying neither he nor Sir Patrick were ‘comms experts’.

It follows First Minister Nicola Sturgeon’s revealing frustrations that she had not been conferred with about the new slogan before it was pushed out to the public.

‘Stay alert, control the virus, save lives’, was unveiled on Sunday in place of the ‘Stay at home’ message which has been in force since the lockdown on March 23 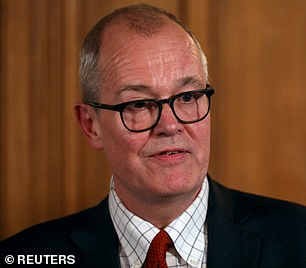 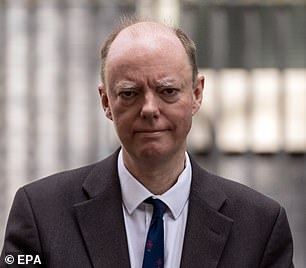 Mr Johnson dropped the powerful ‘stay at home, protect the NHS, save lives’ slogan on Sunday ahead of a slow ease of some lockdown measures.

But he was forced to defend it before his 7pm address to the nation after it quickly attracted a backlash for lacking in clarity and being much too soft to guard against a deadly and very contagious disease.

First Minister Nicola Sturgeon said Scotland would not be adopting ‘the PM’s new slogan’ and that she would continue to use the ‘stay home’ message.

She tweeted: ‘The Sunday papers is the first I’ve seen of the PM’s new slogan.’

Whitehall sources claim neither Professor Whitty or Sir Patrick were asked to give the go-ahead for the shift in messaging, The Guardian reports.

The key experts have been at the forefront of communicating important information to the public. Both of them have a background in science.

The slogan was developed by No 10 and the Cabinet Office, and the reported lack of involvement of critical scientists ‘beggars belief’, critics said.

It also brings fresh doubt about the government’s persistent claim it is ‘following the science’ to deal with the coronavirus.

Munira Wilson, the Liberal Democrats’ health spokesperson, said: ‘The government’s failure to secure the approval of the chief medical officer or the chief scientific adviser for this significant shift in public health messaging beggars belief.

‘If the government is following the science as it has repeatedly claimed to be, working closely with the CMO and CSA on all public messaging should be a given.’

The Twickenham MP added: ‘The new “stay alert” message is deeply confusing, out of step with other UK nations and it’s unclear what scientific guidance – if any – informed this decision.

‘Ministers must explain the basis for the new messaging and who exactly was consulted about the change.’

Paul Hunter, a professor of medicine at the University of East Anglia, said: ‘If they weren’t involved in this key decision then how can you continue to claim that you are following the science?

‘To make such a point that you are following the science and then not involve your two most senior scientists in a key decision like this would strike me as being worrying. It’s substantial mixed messaging.’ 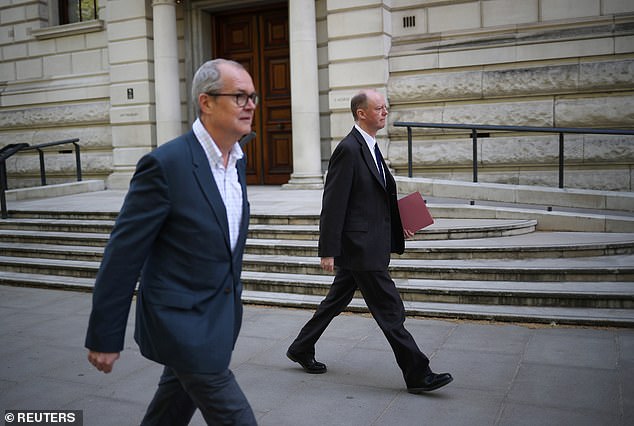 The top experts in the fight against COVID-19, pictured yesterday, were allegedly not asked to sign off Prime Minister Boris Johnson’s new slogan – despite advising ministers on how to tackle the pandemic for months

Matt Hancock has been involved in a series of ill-tempered live TV and radio interviews today where he appeared frustrated when repeatedly asked for ‘clarity’ on how Britain would be eased out of the coronavirus lockdown.

The Health Secretary was grilled on whether the Government’s ‘road map’ was confusing and even appeared to roll his eyes ahead of his appearance on BBC Breakfast this morning.

Mr Hancock’s off-guard moment came as host Louise Minchin said Labour had demanded ‘more clarity’ on how people would return to normal life – and his look to the sky appeared to be aimed at someone behind the camera.

He said during the programme, in which he was grilled on various aspects of the plan, ‘The principles are really clear and the public has been sensible so far.

‘The Great British public have really understood what social distancing means, why we need to do it… the principles are outside is better than inside, stay two metres away, wash your hands and clean the surfaces, and see as few people as you can, outside of your household because that virus spreads but we do also at the same time need to get people back to work.’

Around half an hour later on BBC Radio 4 he was asked about the confusion surrounding whether people should have returned to work on Monday or Wednesday and said: ‘I think that if that is the biggest complaint the Today programme has then I think things are fine’, adding: ‘I think we’ve been clear throughout.’

The Health Secretary replied: ‘Well they’re involved in all of the decisions.’

Mr Ferrari said: ‘So they did sign off on this actual wording?’

‘We were all that meeting when the slogan was presented, but actually, the slogan was worked on with a lot of input from ordinary people and listening to what people actually understood and responded to and people get it. People get it.’

It comes after Mr Johnson denied the allegations entirely when pressed on the matter by MPs in the House of Commons yesterday.

Liberal Democrat acting co-leader Sir Ed Davey asked: ‘Will he (Mr Johnson) confirm new reports that neither the chief medical officer, nor the chief scientific adviser signed off yesterday’s shift in the public health message from “stay at home” to “stay alert”?’

But at the Downing Street press conference later on Monday, Professor Whitty appeared to contradict the Prime Minister’s answer in parliament.

He said: ‘We’ve been involved in all stages of the process.

‘Neither Sir Patrick nor I consider ourselves to be comms experts, so we’re not going to get involved in actual details of comms strategies, but we are involved in the overall strategic things and we have been at every stage.’

When asked whether he approved of the change of guidance, Sir Patrick, England’s chief scientific advisor, said: ‘Science has had input to the whole plan.’

The Department of Health and Social Care confirmed today that ‘it is not the CMO’s role to approve government strategy or branding’.

It added that the new messaging was part of the lockdown exit roadmap which had been developed ‘using scientific and medical advice’.

Critics suspect if the CMO and CSA had input in the branding, it would have more clarity and potentially save lives.

Professor Hunter said: ‘Maybe if they had asked for the involvement of the CMO and CSA they might actually have got a message that people could understand.

‘”Stay alert” is a pretty meaningless phrase that doesn’t mean much to most people or to professors of medicine.’

Union leaders accused Mr Johnson of sending mixed messages after the Sunday speech which could have ‘lethal’ consequences.

John Philips, acting general secretary of the GMB, said: ‘More mixed messages from the Government – saying there’s no end to lockdown, but asking everyone to go back to work.

‘The overall message is contradictory and confusing, when what people really need is clarity.’

Officials say the ‘stay alert’ message means staying at home as much as possible, but when you do leave the house, to maintain social distancing.