New York Gov. Andrew Cuomo shared some fatherly advice during his COVID-19 briefing, where he joked about liking his daughter’s boyfriend and warned against ‘natural defiance syndrome.’

During a press conference Sunday, Cuomo briefly stepped away from addressing the state’s coronavirus response to talk about his daughter, Mariah Kennedy Cuomo, and her boyfriend.

Cuomo explained to reporters that Mariah was previously in quarantine, but was now back with her family and she brought along her boyfriend.

The couple attended Cuomo’s press conference and watched on as he broke down how he navigates his children’s relationships.

‘Advice to fathers,’ Cuomo started, ‘the answer on what you think of the boyfriend is always “I like the boyfriend” because there’s only two options.

Cuomo, who is married to Kerry Kennedy, had three daughters. They include 25-year-old twins Mariah and Cara, and 22-year-old Michaela.

He then warned New Yorkers watching the press conference of NDS, or ‘natural defiance syndrome.’

Cuomo explained that it is an ‘undocumented’ psychological condition where shrugging off his daughter’s boyfriends causes ‘natural defiance syndrome [to kick] in and then they like the boyfriend even more.’

Luckily, Cuomo seemed pleased with Mariah’s boyfriend and added ‘in this case, I like the boyfriend.’ 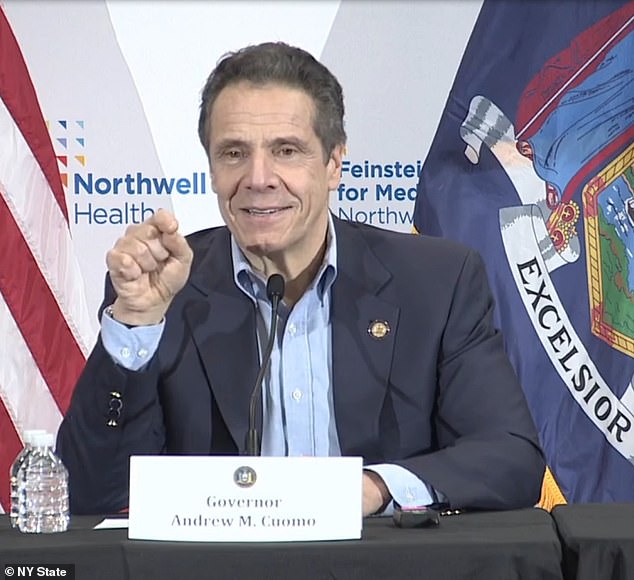 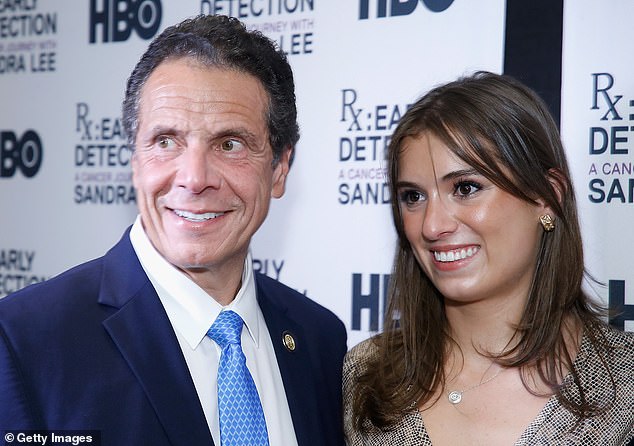 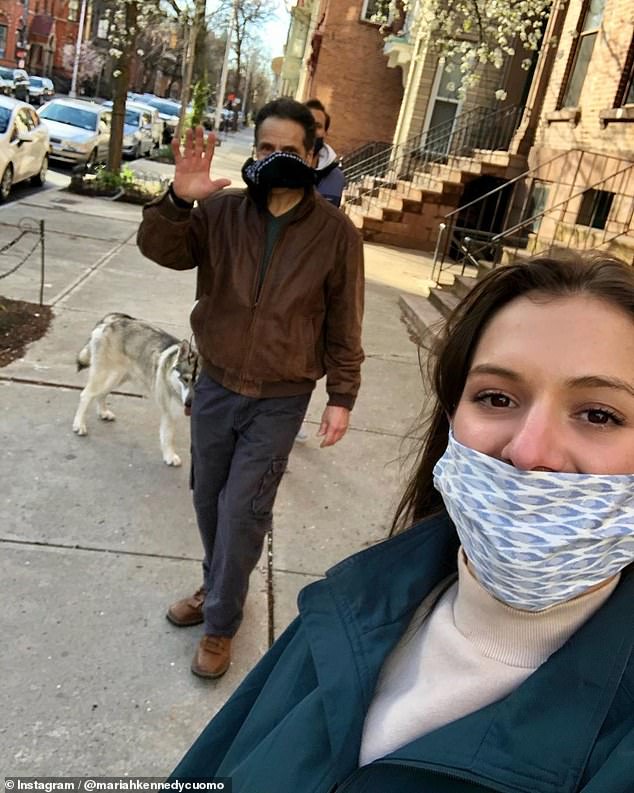 Although Cuomo revealed that the New York may have ‘passed the plateau’, New York is still considered the epicenter of the country’s coronavirus outbreak.

But Cuomo maintained warnings that people in New York City and the rest of the state need to stay vigilant.

‘If the data holds, and if this trend holds, we are past the high point,’ Cuomo said at a press briefing at the Feinstein Institute for Medical Research in Manhasset, Long Island.

‘The recent news is good, that we are on the other side of the plateau and the numbers are coming down.

‘But that’s good news only compared to the terrible news that we were living with, which is that constant increase.’

Cuomo cautioned that while emerging daily figures are promising, the fight is far from over. 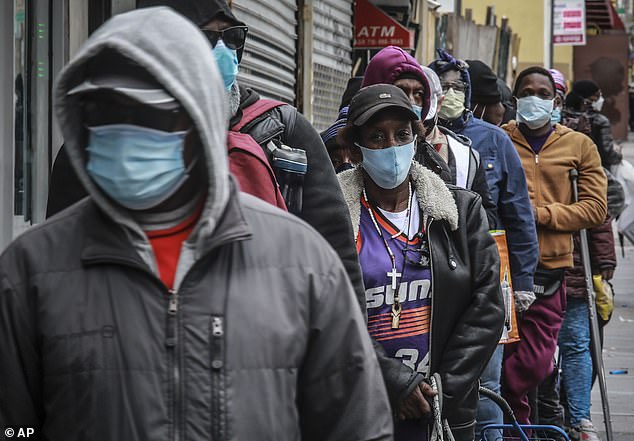 ‘We have a long way to go and a lot of work to do. This virus has been ahead of us every step of the way. We still have to make sure that we keep that beast under control.’

The governor credited strict social distancing policies for the decline in new deaths, cases and hospitalizations as he urged residents to stay vigilant in their efforts to curb the spread of the virus.

‘We showed that we can control the beast and when you close down, you can actually slow that infection rate, but this is only halftime,’ he said.

Cuomo said officials are preparing to launch a state-wide antibody testing survey to help determine the true scale of the outbreak before they can begin lifting lockdowns, which will remain in place at least through May 15. 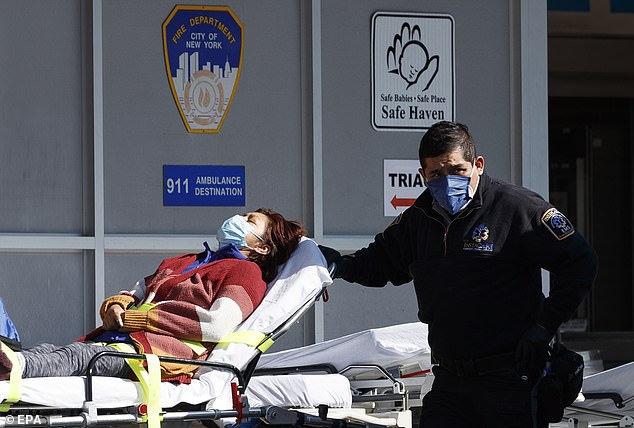 Pictured: A paramedic brings a patient into a triage tent set up at Maimonides Medical Center in Brooklyn, New York 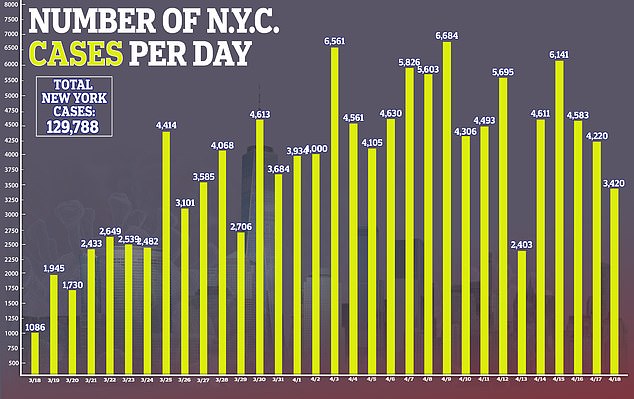 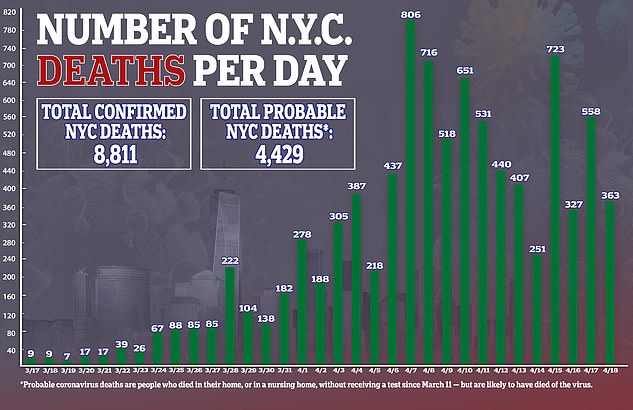 ‘You have all of the scientists and all the experts who are basically trying to extrapolate from the data – but we don’t really know how many people were infected, how many people had coronavirus but self-resolved.’

Cuomo said the Food and Drug Administration has approved the state’s antibody test – which is designed to detect whether a person has developed antibodies to fight COVID-19 and indicates that they may be immune against the virus.

He said the New York state Department of Health is now preparing to roll out the nation’s most aggressive antibody testing survey within the next week.

By sampling thousands of people across the state, experts will be able to form a clearer picture of the outbreak that includes individuals who didn’t previously get tested either because there were no kits available or because they didn’t show symptoms.

‘That will tell us for the first time what percent of the population actually has had the coronavirus and is now at least short-term immune to the virus,’ Cuomo explained.

‘This will be the first true snapshot of what we are really dealing with.’ 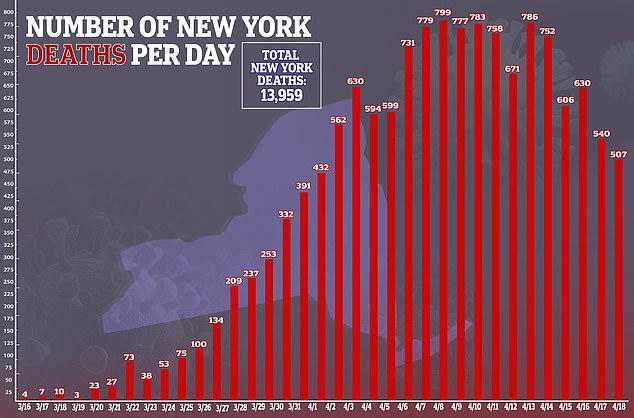 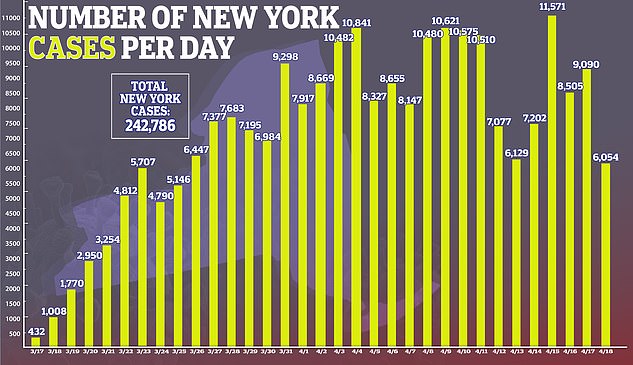