GPs are told to slash hospital referrals in new plans

GPs won’t be able to send patients to hospital without permission from a panel of other doctors under a controversial plan to slash costs.

The NHS is rolling out a scheme that requires all family doctors in England to seek approval from a medical panel for all non-urgent hospital referrals.

It covers GP requests for scores of procedures, including hip and knee surgery, cataract removals, X-rays and scans. If the panel disagrees with a doctor’s request, the patient is refused a hospital appointment.

The so-called ‘peer review’ scheme is being expanded nationwide from next week following a pilot in two regions in the North East.

According to a memo leaked to Pulse magazine, NHS England has told all health trusts to ensure they carry out weekly reviews of referrals from GPs ‘by September 2017’.

It suggests the Government is offering financial incentives to trusts to set up the schemes, which aim to save money by slashing referrals by 30 per cent.

Last night, NHS England said peer reviews were a simple way for GPs to support each other and to spare patients from making unnecessary trips to hospital.

But critics warned the move could put patients at risk and delay essential treatment. Often patients sent for non-urgent tests are later discovered to have life-threatening conditions, including cancer and heart problems.

And GPs warned it could put more pressure on over-stretched practices, create more bureaucracy and even undermine trust between doctors and patients.

Joyce Robins, of Patient Concern, said the plan was ‘a dreadful idea’. She added: ‘The whole point of a family doctor is that they know their patients. A doctor knows if the patient sitting in front of them really needs to be referred or not.

‘I’m sure [NHS England] is trying to cut down the number of people who go to hospital, and that’s understandable, but putting the review decision to a group of people who don’t know the patient is not the right way to practise medicine.’

Waiting time for ops in Wales up by 400%

The number of people waiting more than a year for an operation in Wales has risen by more than 400 per cent in the past four years.

The Tories slammed the figures, saying the Labour-controlled Welsh NHS was ‘staring into an abyss’.

The pilot schemes were introduced in Darlington and Hartlepool and Stockton-on-Tees Clinical Commissioning Groups (CCGs). GPs were made to submit non-urgent referrals to a panel of family doctors who had no knowledge of the individual patient involved, nor access to their medical notes.

Each case was assessed over two days and either approved or sent back to the GP with a suggestion of other treatments. GPs could appeal the decision, but this added to the delay in the patient getting treatment. According to Pulse, the plan is set for a nationwide rollout. It quoted an NHS England report as saying: ‘Significant additional funding is being given to regional teams in 2017/18 to roll out and spread interventions and schemes that will help CCGs to deliver a slower growth in referrals.’

The NHS report reportedly stated that good practice would be for GPs to review each other’s new referrals, at least once a week, to ensure that ‘all options are explored and that patients are seen and treated in the right place, at the right time and as quickly as possible’.

However, doctors expressed unease at the plan. Professor Martin Marshall, vice-chairman of the Royal College of GPs, said that while reviewing referrals could be a ‘constructive part of general practice’, he was worried if the aim of the initiative was to save money.

‘There is little or no evidence that referral management schemes are cost effective and they can damage patient care,’ he said. ‘We understand the difficult position CCGs are in… but our concern is that these schemes can undermine the important trust between GP and patient – and if decisions are being made about patients in the absence of their full clinical records, we do have concerns about patient safety.’ 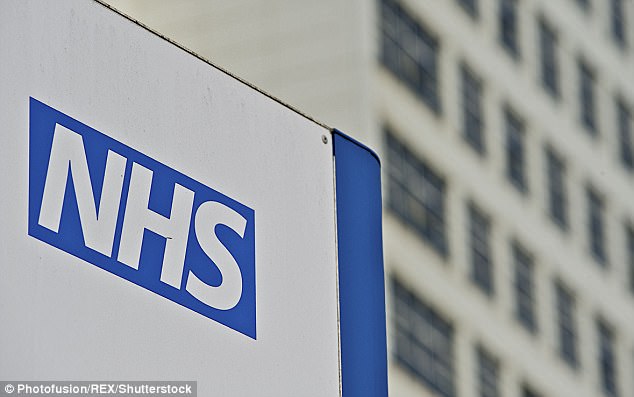 According to a memo leaked to Pulse magazine, NHS England has told all health trusts to ensure they carry out weekly reviews of referrals from GPs ‘by September 2017’

Professor Azeem Majeed, professor of primary care at Imperial College London, said asking doctors with no knowledge of the patient to assess whether they should go to hospital could cause unnecessary delays. He told Pulse: ‘To be carried out effectively, clinical peer review requires adequate time and resources.

‘Given the current pressures on NHS general practice in England, this scheme may well end up as a tick-box exercise rather than something that will improve patient outcomes and NHS efficiency.’

Dr Andrew Green, of the British Medical Association’s general practitioners committee, said forcing GPs to have an hourly meeting once a week to discuss referrals would be the equivalent to removing 1,000 GPs from the health service.

Last night, an NHS England spokesman said: ‘Clinical peer reviews are a simple way for GPs to support each other and help patients get the best care, from the right person, at the right time without having to make unnecessary trips to hospital. More than half of CCGs have already implemented some [sort] of peer review system… and the latest NHS England guidance will help ensure best practice is shared to remaining local commissioners.’

NHS England said each region would be responsible for establishing its own scheme, although many are expected to operate under a similar structure.