Grab a piste of the action! Try these skiing bargains

Who can afford to ski this winter? From autumn 2015, the value of the pound against the euro has fallen by about 25 per cent, but don’t despair.

Tour operators and resorts alike have worked hard to curb price increases and if you know where to look, you can still find a blissful week at a decent price. Here’s our pick of ten of the best.

Majestic: Set high in the Low Tatras mountain range, Jasna in Slovakia offers some of the best skiing in Eastern Europe 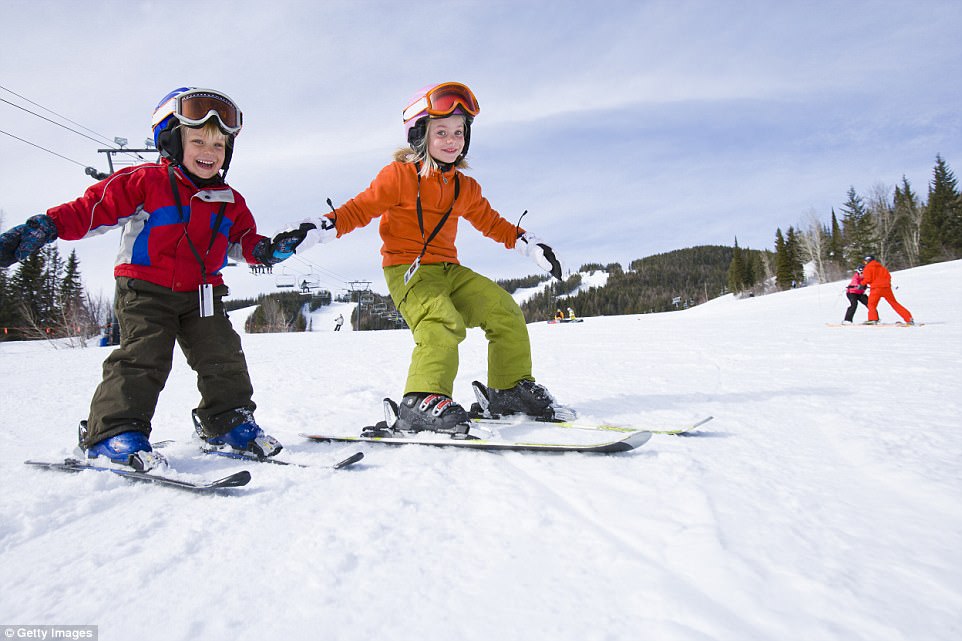 Ready, steady, ski: At any of these ten best destination picks, children will be able to take to the slopes to perfect their skills

The terrain and infrastructure is genuinely comparable to a smallish destination in Austria, France, or Italy.

How to do it: Jasna Adventures (jasnaadventures.co.uk) offers seven nights at The Dragon’s Lair, a new chalet with hot tub and sauna, sleeping 19, for £480 pp b&b, including six-day lift pass and airport transfers. Fly Wizzair (wizzair.com, 0911 752 2257) from Luton to Poprad-Tatry from £69 return. 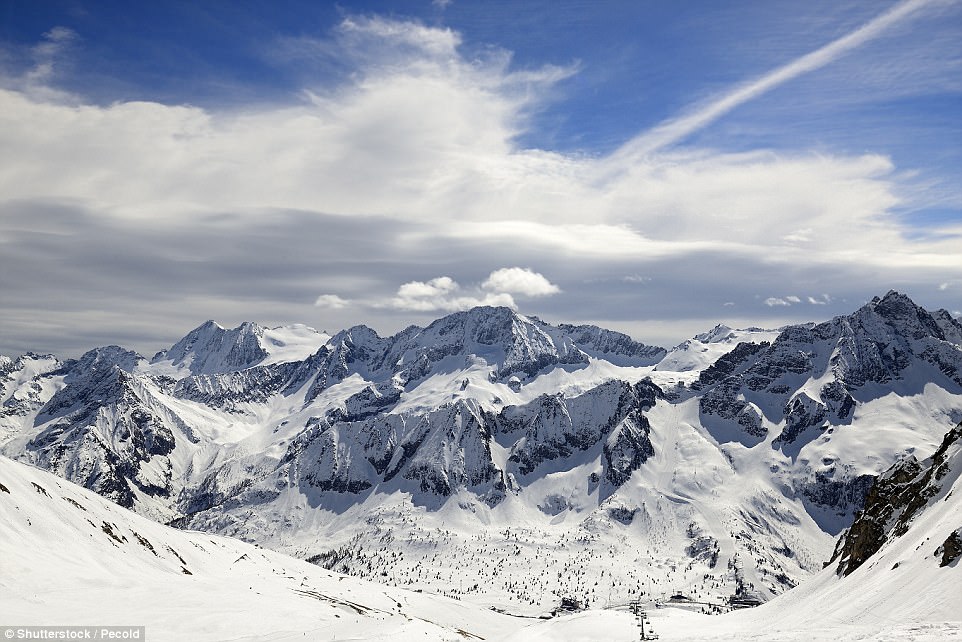 Breathtaking: There are over 100km of runs in Passo Tonale, Italy, and plenty of easy terrains for beginners

With 100 km of runs and the top lift on the Presena glacier at more than 3,000 m, Passo Tonale has guaranteed snow cover and is popular with Italian families.

If you are looking for a riotous nightlife, go elsewhere. New lifts have transformed the ski area — no queues and some long intermediate pistes as well as easy terrain for beginners.

How to do it: Crystal (crystalski.co.uk, 020 8610 3123) offers seven nights at a bargain price in four-star Grand Hotel Paradiso. It has an attractive spa area with pool, sauna, and steam room. From £261 pp half-board, with flights and transfers included. 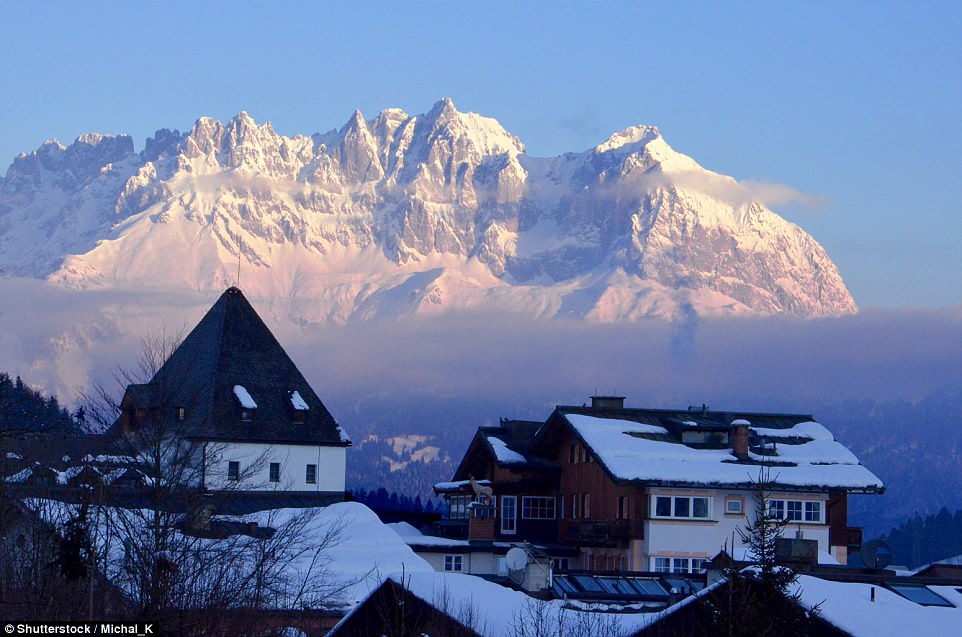 Suits all standards: Despite hosting one of the toughest World Cup downhill races, Kitzbuhel, Austria is great for intermediates

The Hahnenkamm downhill each January is the toughest of World Cup races. However, it gives a wholly false impression of the overall skiing in what is the most attractive ski town in Austria.

How to do it: Inghams (inghams.co.uk, 01483 345658) has a new chalet — three-star Chalet Linda, a short walk from the town’s medieval traffic-free centre and near the Hahnenkamm gondola. Seven nights from £385 pp half-board, flights and transfers included. 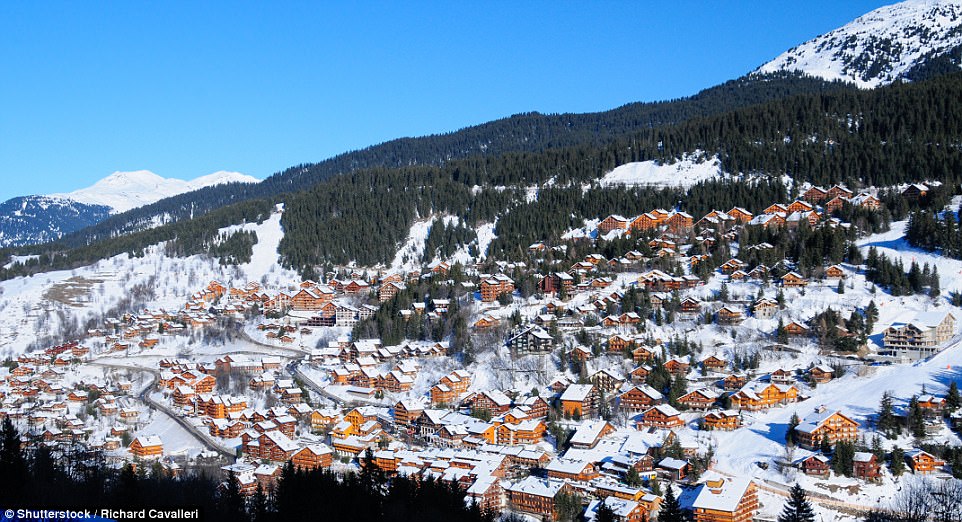 Traditionally expensive: For a deal in the Three Valleys, look to three-star ski-in, ski-out Hotel Mottaret in Meribel, France

The Three Valleys traditionally is expensive, but at the three-star Hotel Mottaret children aged under 18 stay and eat free when sharing a family room with their parents.

Not ideal, you might think, living in such a confined space, but as a budgetary measure, it’s a bargain. The hotel is in a ski-in, ski-out position in the highest of Meribel’s satellite resorts. 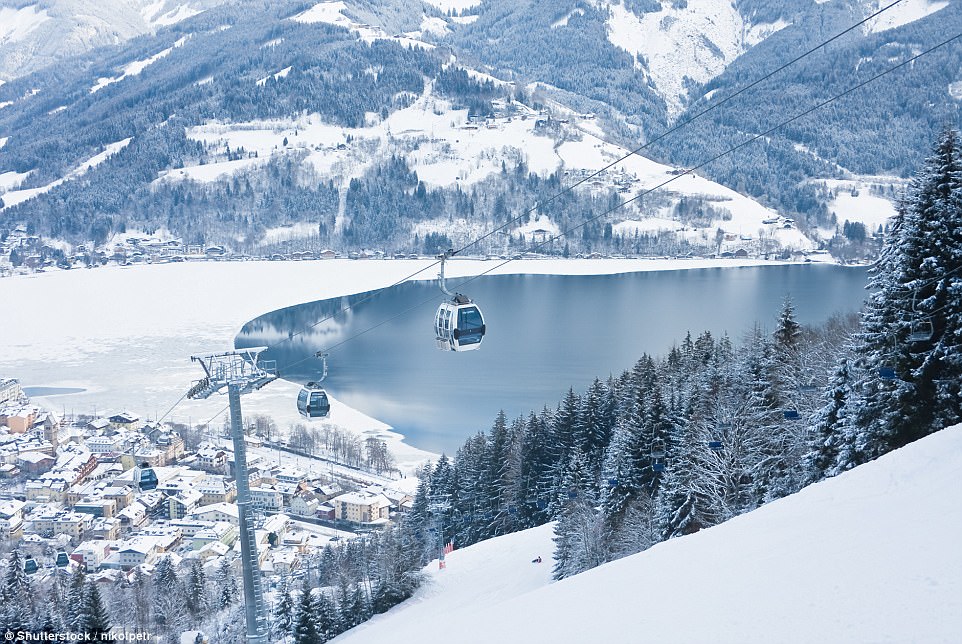 Lake views: The delightful resort of Zell am See, Austria, is just a 90-minute drive from Salzburg and is ideal for intermediates

This delightful, lakeside resort is a 90-minute drive from Salzburg Airport. It shares a lift pass with nearby Kaprun.

The Schmittenhöhe ski area rises from the lake and will keep most intermediate visitors happy, along with a visit to the Kitzsteinhorn glacier beyond Kaprun.

How to do it: SNO (sno.co.uk, 020 8133 8899) offers friendly Hotel Garni Edelweiss near the village centre. Seven nights from £356 b&b, based on three sharing a room, flights and transfers included. 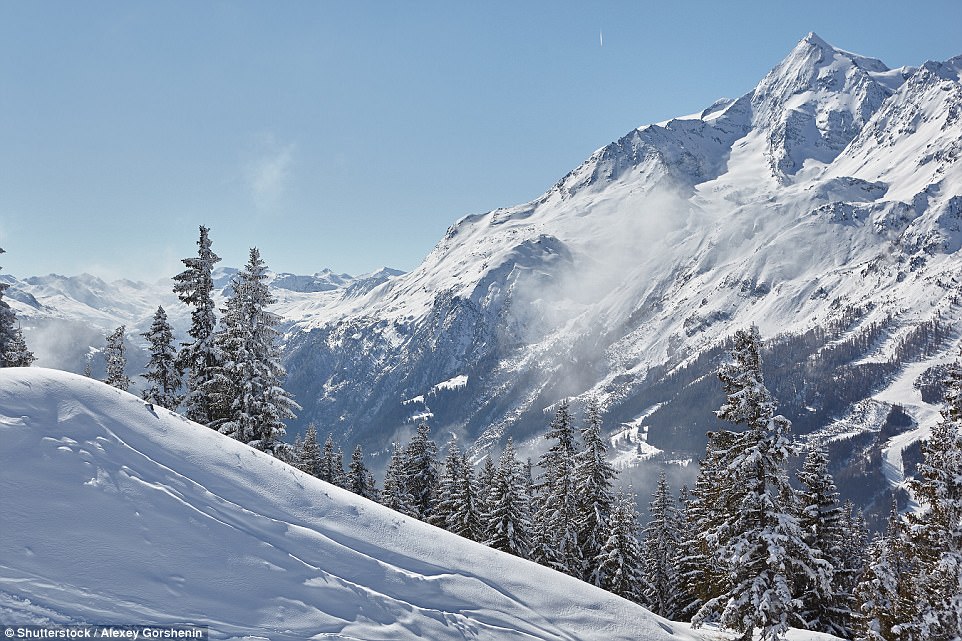 Hannibal and his elephants possibly crossed the Alps here back in 218 BC. Today, rather than encountering a herd of war jumbos, you are more likely to come across hungry skiers heading for lunch in La Thuile on the Italian side of the shared pistes.

If it’s snowing in La Rosiere then it’s quite probably sunny in La Thuile and vice versa.

La Rosiere and the adjoining hamlet of Les Eucherts are the epitome of a modern ski centre with reasonably priced restaurants and plenty of apres-ski.

How to do it: Ski Beat (skibeat.co.uk, 01273 855100) offers the Chalet Papillon complex of six catered apartments, each sleeping up to 17 people. Seven nights from £527 half board, flights and transfers included. 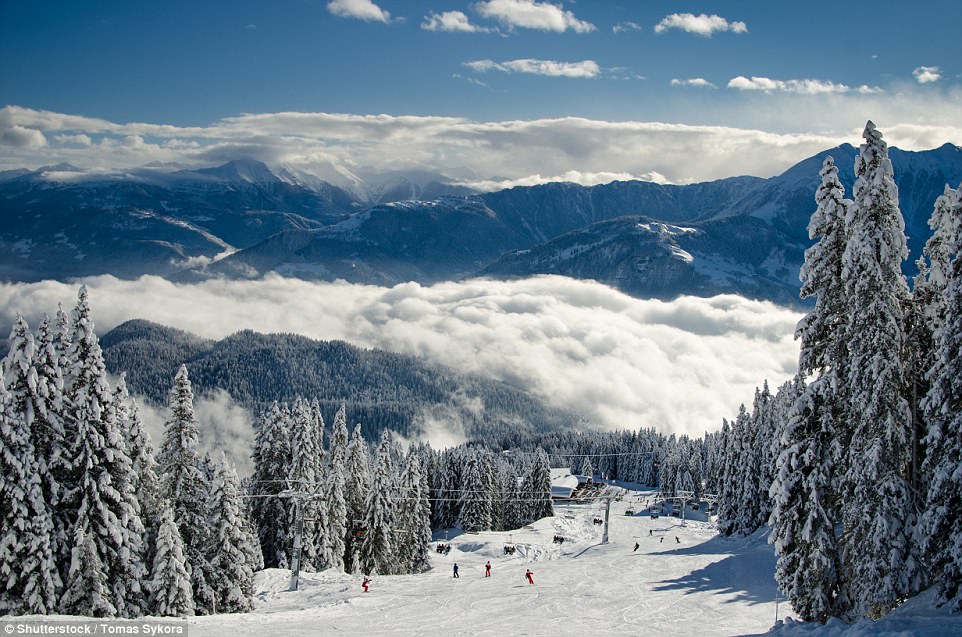 Dreamy: Over the past 15 years, Laax, Switzerland, has embraced freestyle skiing and a hip music culture

With neighbouring Flims and little Falera, Laax shares one of the highest and largest ski areas in Switzerland.

Flims, with its smart (and expensive) hotels has been a traditional family ski destination since the Sixties.

Over the past 15 years, Laax has embraced freestyle skiing and has a hip music culture, perfect for the 20 to 30 age group. 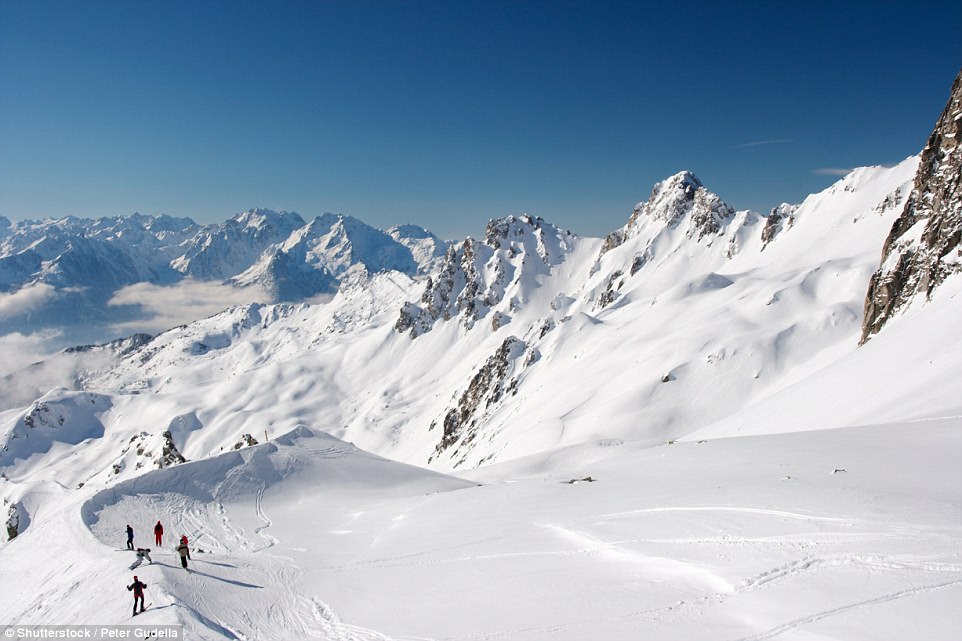 Picturesque: Valmorel, France, links across to St Francois-Lonchamps and has a substantial 165 km ski area

This purpose-built resort, reached from Moutiers, links across to St Francois-Longchamps in the Maurienne Valley and has a substantial 165 km ski area.

It dates only from 1976, but the village centre captures the charm of an old Savoyard community. 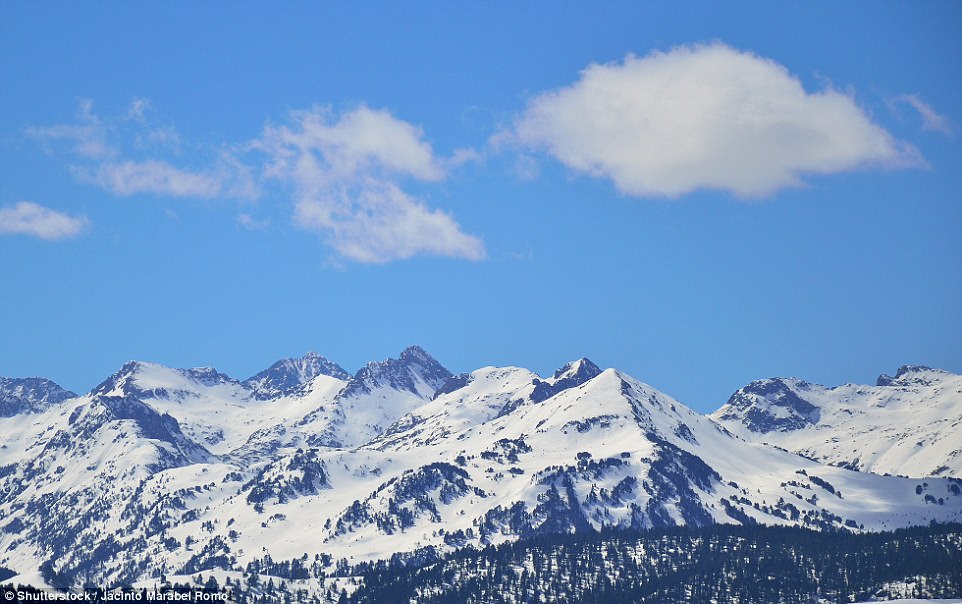 Fit for royalty: The Spanish royal family has a home in Baqueira Beret, Spain, known as the the Verbier of the Pyrenees

The Spanish royal family has a home here in what is the Verbier of the Pyrenees, a purpose-built resort much loved by wealthy weekend commuters from Madrid and Barcelona.

While the 153 km ski area may not be as extensive as its famous Swiss counterpart, prices are much more friendly. The ancient villages just below it on the road up from the historic town of Vielha are a delight, rich in lively tapas bars and enticing restaurants.

How to do it: Ski Miquel (skimiquelholidays.co.uk, 01457 821200) owns and runs no-frills Chalet Solana, sleeping 22, close to the centre of the resort. There’s an open fire in the living room and hot tub on terrace. Seven nights from £592 half-board, flights included. 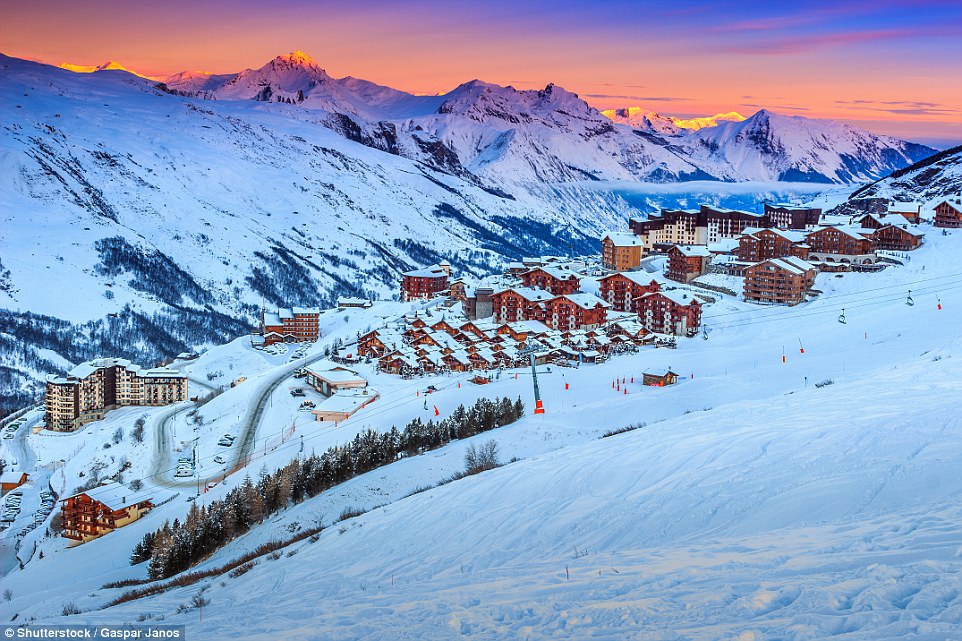 Chic: Urban hostels have moved into the ski town of Les Menuires in France, where prices are lower than its ritzier neighbours

Urban chic hostels have already proved successful in two neighbourhoods in Lyon and a third is now making its debut in Les Menuires.

The advantage of this Three Valleys destination over its ritzier neighbours is that prices are lower and it’s the gateway to some of the best terrain in the whole region.

How to do it: Hostel ho36 (ho36hostels.com/en) opens in December and should be popular with skiers on a tight budget — book by the night or week. There’s a bar and restaurant, and a choice of shared or private rooms. From 35 pp (£31) per night, accommodation only, travel not included. Go by train from St Pancras to Moutiers by Eurostar and TGV (snowcarbon.co.uk) from £129 return.