GRACE ON THE CASE: My stolen car was already a stolen vehicle! How can I get a refund?

I did all of the usual identification checks and the car looked legitimate. But on 21 December 2020, the car was stolen. I reported it to West Midlands Police.

However, on 23 December, the police advised me my car was actually a stolen vehicle with another vehicles identity at the time I had purchased it.

I tried to make a claim through my insurance company but it voided my cover, meaning no pay out. I also tried to process a fraud claim through my bank as I paid by money transfer but it also said it did not cover such cases of fraud.

After a drivers car was stolen, he was informed it was already stolen when he bought it online

I have also spoken to the owner of the company and the security team at AutoTrader but as yet am no further forward.

What are my options to get my money back? P.T. via email

Grace Gausden, consumer expert at This is Money, replies: While everything seemed in hand when you bought a Ford Fiesta ST3 online, the experience turned into somewhat of a car crash.

You purchased the car from The Motor Company after seeing in advertised on Auto Trader in September of last year.

Unfortunately, the car was stolen from you outside a relative’s house, 12 weeks after purchasing.

You immediately contacted the police who gave you a crime reference number. However, it was only a day before they said the car was actually stolen and had been given another car’s identity at the time you bought it.

To say this was a shock is an understatement, especially as you had already taken a number of checks before committing to buy.

This included checking the vehicle identification number (VIN) and plugging a diagnostic module in to get the VIN number from the engine management to make sure they matched.

You also checked on the Government website for the tax and MOT status.

Although the car appeared to have had three MOTs in a short period of time, you were told the MOT centre made a mistake with the mileage for the first MOT so had another MOT to correct the mileage.

You were also told the company that provides the warranty did the third MOT as a matter of course before they would provide warranty cover.

Looking back, you realise there were a couple of signs all was not what it seemed. Firstly, after enquiring about the car, you asked for a finance quote but the dealer declined and told you your bank would provide better rates.

Another thing you say you should have picked up on was the service history. When the police asked you to look at it closely, the pre-delivery inspection was stamped with a Bristol Street Motors stamp from Birmingham.

You were then informed the car was registered in Brighton and, as such, should of had a dealer stamp from Brighton – which it didn’t. 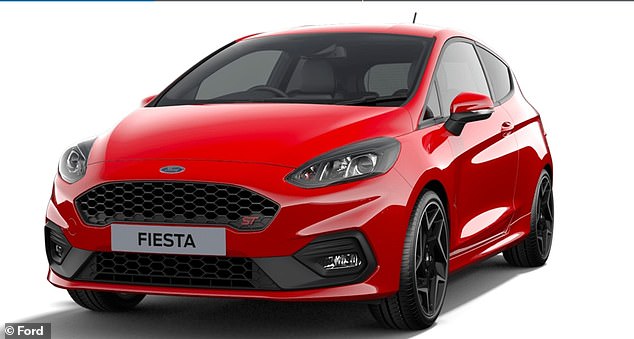 An Auto Trader customer saw the Ford Fiesta advertised online and bought it for £8,623

Under further examination, it became apparent the service history was fictitious with signs the details were written by the same person who had tried to disguise their handwriting.

But by this point it was too late, you had already bought the car which was then stolen – again.

You contacted both your bank, TSB, and your insurer, Hastings Direct, to report the issue immediately.

TSB said it couldn’t help as it wasn’t bank fraud but a civil issue.

Meanwhile, Hastings Direct said when you insured your car with it, the contract was agreed on the basis your car was as presented during the quote process.

As is now clear, the car covered was cloned and not as presented, so the insurer said it could not help.

A Hastings Direct spokesperson said: ‘We are sorry that this situation has caused some distress for Mr T. We have thoroughly looked at the details of his case.

‘Mr T does not own the car placed on cover and has no insurable interest in it. This invalidates both the policy and claim, as detailed in our policy documentation.

‘We are unaware of the circumstances of Mr T’s purchase of the vehicle and sympathise with the position our decision may place him in but we are only able to validly arrange insurance of vehicles where the policyholder has a verifiable insurable interest.’

After being rejected by both your bank and insurer, you contact the Citizens Advice Bureau which said under the Consumer Act 2015, you are entitled to a full refund as the item you bought was not as described.

You also contacted Auto Trader and the dealer, who at the time, didn’t appear to be accepting responsibility, stating he is also a victim as he didn’t know that the car was stolen either.

To get to the bottom of this, I contacted your insurer, your bank and Auto Trader to find out who should take responsibility in this scenario as it felt like you had nowhere left to turn.

Both TSB and Hastings Direct confirmed to me what they had told you – their hands were tied and it wasn’t their job to sort out.

However, Auto Trader were more responsive and agreed to go back and speak to the dealer.

Fortunately, after doing so, the dealer has now agreed to give you a full refund for the car at the value of £8,623 which you have since confirmed you have received.

An Auto Trader spokesperson said: ‘We are committed to ensuring that we provide a trusted marketplace. We offer consumers buying and selling information to support them to make informed decisions.

‘A key part of our buying advice is to conduct a full vehicle provenance check before purchasing a vehicle. This service is offered by a third party company and provides comprehensive checks to protect the buyer.

‘In instances where we are made aware of a dispute between a buyer and seller, we do our best to offer support so that both parties can seek a resolution. In this case, we are pleased to report that this matter has now been successfully resolved.’

Auto Trader added it has a dedicated professional security team who work 365 days a year to monitor for fraudulent and unlawful activity and take appropriate action when necessary.

Luckily, in this scenario, you got your money back in full but it serves as a lesson to others looking to buy expensive items online to always do their homework – and if anything looks dodgy, steer clear. 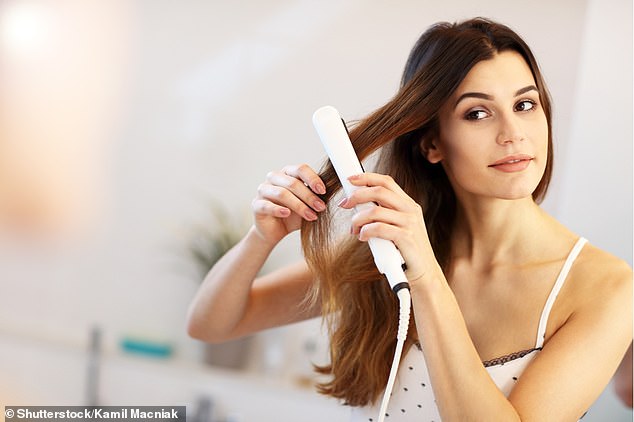 Miss: This week, a reader, David, got in touch to report his disappointing experience with online phone company, Smart Cellular.

He said: ‘In November 2020, I sent an iPhone 8 to Smart Cellular as they valued it online at £183. However, when they received it, I was contacted to state it had reassessed the phone from pristine to good and revalued it at £120.

‘If I was not satisfied they would return the item, therefore, I emailed them and requested to return the item. In early December, I received my phone back but it was damaged with the whole back glass screen smashed, rendering the phone worthless.

‘It took me weeks to get through to the company and even then, no solution was given.’

I decided to contact Smart Cellular and ask it why it was giving David the run around.

In fairness, the firm was very responsive and immediately sent over a full payment of £183 to David which he confirmed he has received.

It apologised and added where it does make mistakes, it wants take responsibility and do everything in its power to rectify the situation.

In this situation, the firm certainly made the right call but customers should always beware before sending expensive items through the post.

Hit: In better news, Cloud Nine Hair, were praised by a customer, Jennifer.

She said: ‘I ordered a pair of hair straighteners for my daughter for her birthday and had her name inscribed on them. However, they sent it with a mistake.

‘I emailed Cloud Nine and within three hours had a response asking to send photos, which I did.

‘Again, the response was immediate, with the firm apologising and saying that unfortunately the ones I had received were no longer in stock but they would upgrade to the next model – an extra £40 – free of charge.

‘The replacements duly arrived, my daughter very excitedly used them straight away. From the original complaint to receiving the replacements was no more than four days – well done.’

Fortunately, this was an issue that was quickly and painlessly straightened out.