Gracemere daycare: Nevaeh Austin gets Red Rooster with dad after release from hospital

Safe in dad’s arms: Adorable moment miracle girl, 3, who nearly died after being left in a daycare bus for SIX hours cuddles her father and shares Red Rooster with her family – as she’s released from hospital

The little girl who was locked on a bus for six hours in sweltering heat has made a miraculous recovery after being released from hospital, tucking into some fast food with her family after the terrifying ordeal.

Nevaeh Austin, three, walked out of Queensland Children’s Hospital in Brisbane on Monday, where she was airlifted last week in a critical condition suffering kidney failure.

The toddler was was found unresponsive on a minivan outside Le Smileys Early Learning Centre at Gracemere, near Rockhampton on May 4. Temperatures on the day were about 29C outside.

Estimates suggest the interior of a car could have reached 56C after just 2 hours in direct sunlight.

But just hours after being discharged, Nevaeh, her mother and father Shane sat down with big smiles as they dined at Red Rooster at Brisbane Airport on the way back to Rockhampton. 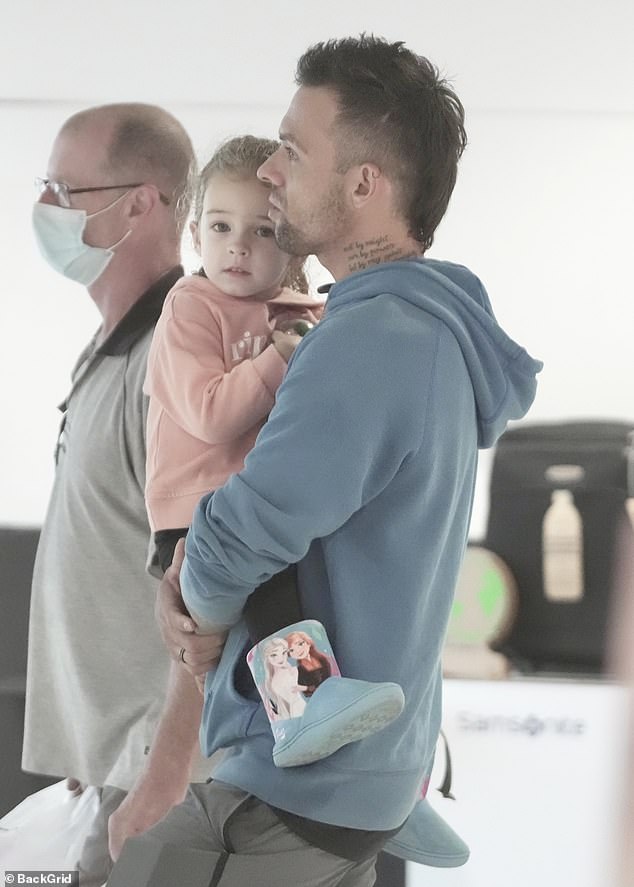 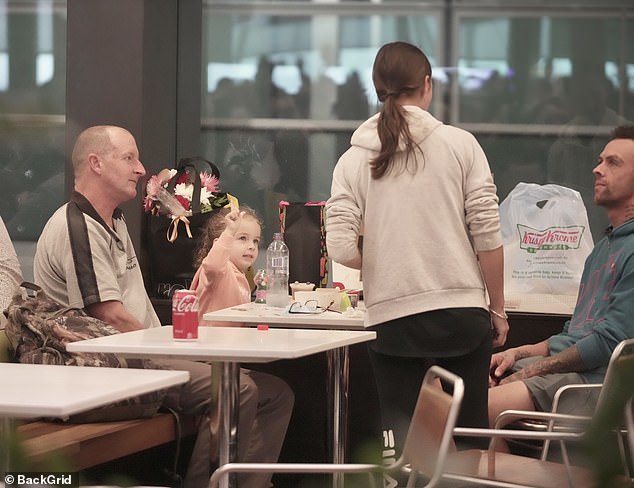 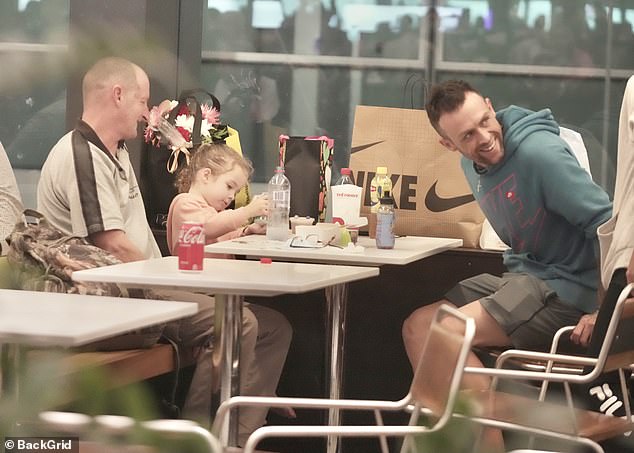 Nevaeh was the only passenger when the mini-van was parked at the centre’s front door, but the two staff left the toddler in the vehicle.

As temperatures climbed the girl remained trapped before and had passed out when finally discovered as staff prepared for the after-school pick-up.

Police and the Department of Education continue to investigate the incident but no charges have been laid.

Darrin Shadlow. Detective Inspector said the daycare and staff have sought legal advice after police announced they would be ‘looking at everyone involved in this matter’. 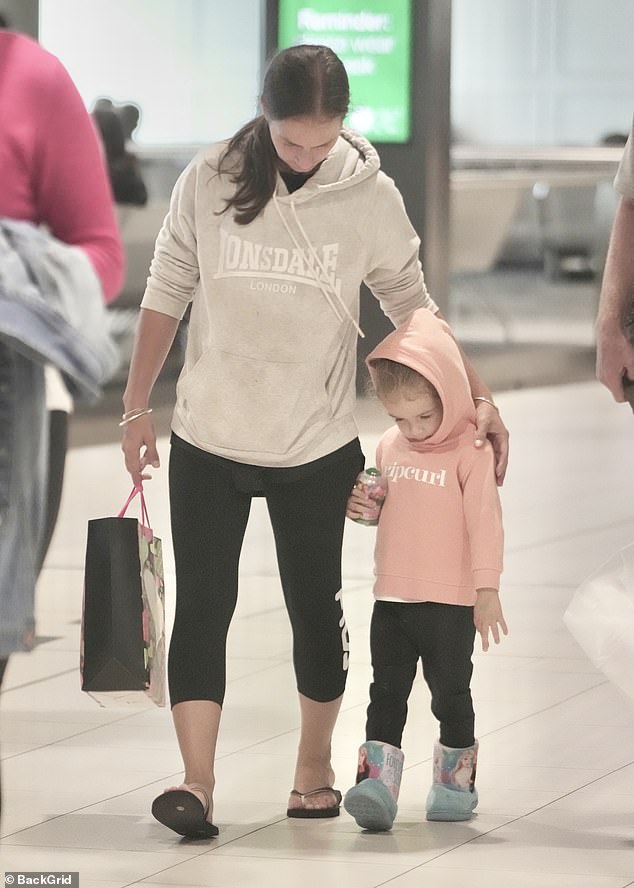 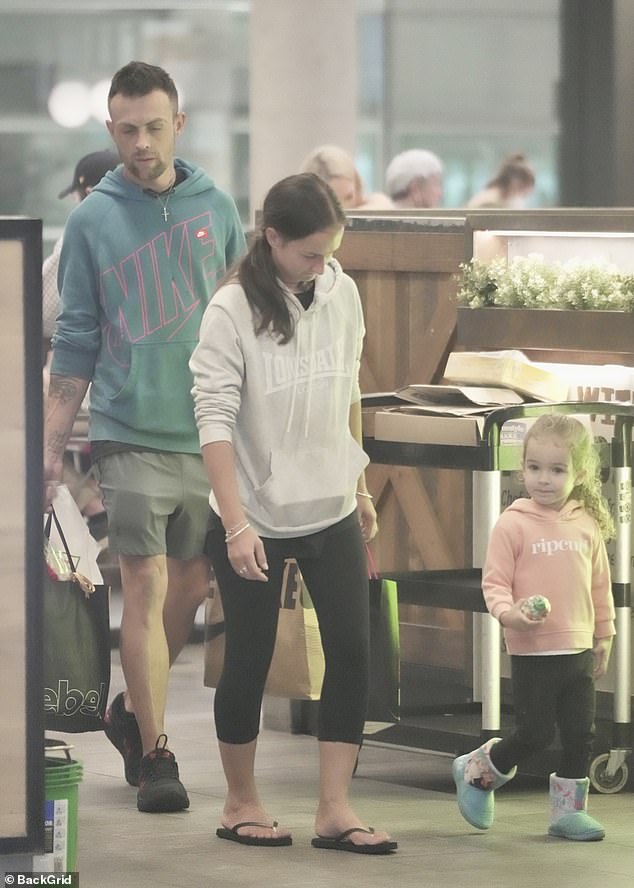 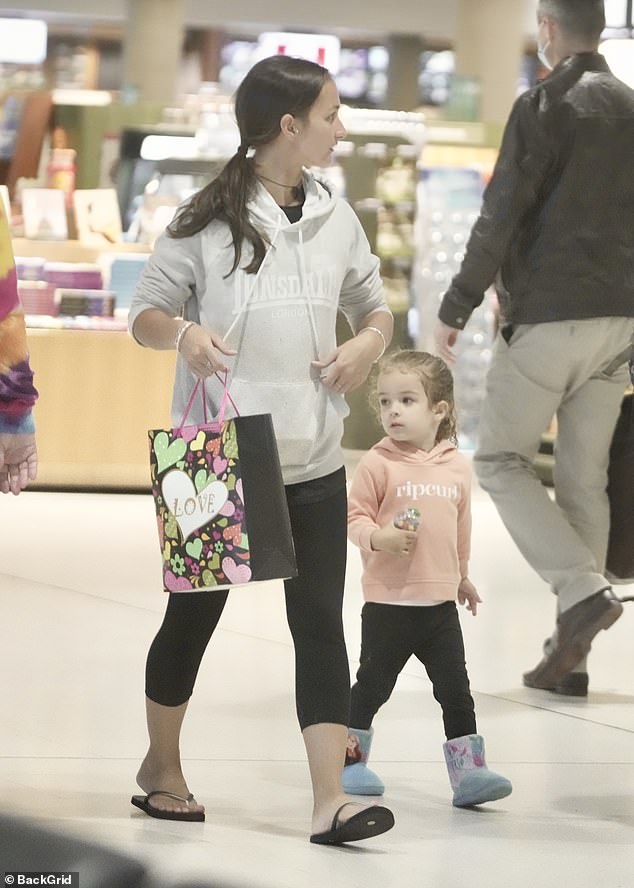 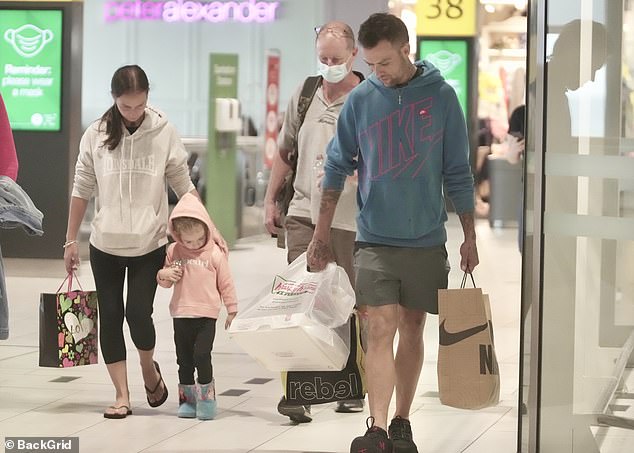 The furious father recently said he’s ‘dumbfounded’ how Nevaeh survived and cannot understand how his daughter – who was strapped into her seat at 9am – was missed by staff and not seen until 3pm.