The 26-year-old, who won national titles in 2014 and 2016, came in sixth-place after her nearly three-minute routine to ‘East of Eden’ earned her a score of 67.61 at Bridgestone Arena in Nashville, Tennessee, NBC Sports reported.

It was the eighth and possibly final national championships appearance for Gold, who stepped away from competition for more than a year while seeking treatment for an eating disorder, depression, anxiety in 2017.

Gracie Gold, 26, nailed her nearly three-minute routine to ‘East of Eden’ at the U.S. Figure Skating Championships in Nashville, Tennessee, on Thursday

The figure skater came in sixth place with a score of 67.61. It was reportedly her first clean short program at nationals since 2014

Gold was overcome with emotion and put her hands to her face as fans stood up and gave her a roaring applause following her impressive performance.

‘I was just overwhelmed that I really did everything that you could want,’ Gold told the Washington Post after her routine, which was reportedly her first clean short program at nationals since 2014.

‘I built a whole career of bombing shorts at nationals and not from a lack of training,’ she said of her past routines.

‘To nail almost everything,’ she told the Post of this year’s mistake-free nationals performance. ‘Not perfect-perfect, but what can you want?’ 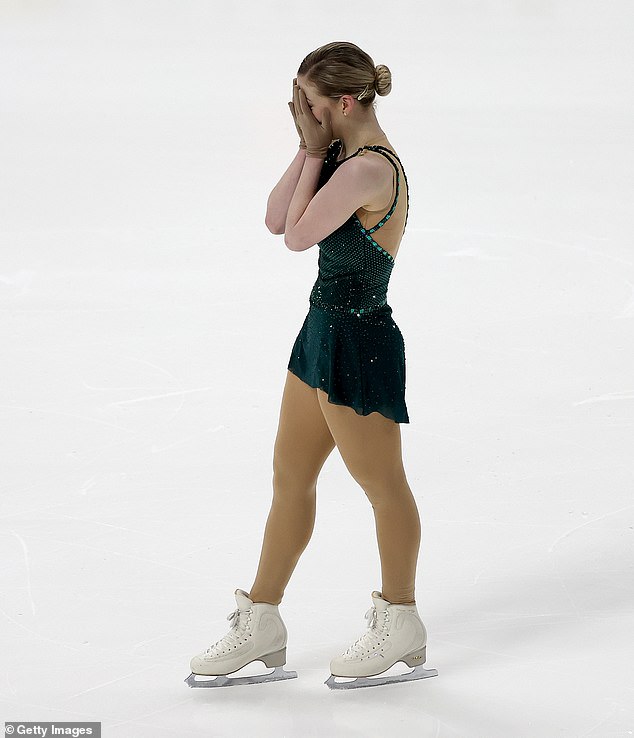 When the competition ends on Friday night, three women will be named to the 2022 U.S. Olympic figure skating team.

‘What a fighter,’ Bell said. ‘She has continued to come back. She deserved that moment.’

Gold first sought treatment for anxiety, depression, and disordered eating in August 2017, after the Team USA doctor recommended she withdraw from the Grand Prix competition series and check in to an in-patient facility. 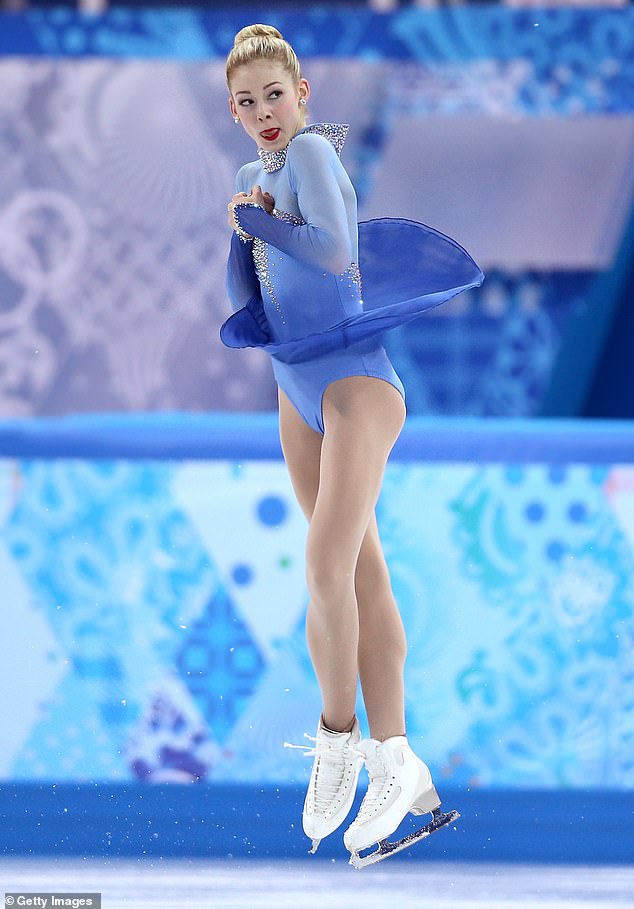 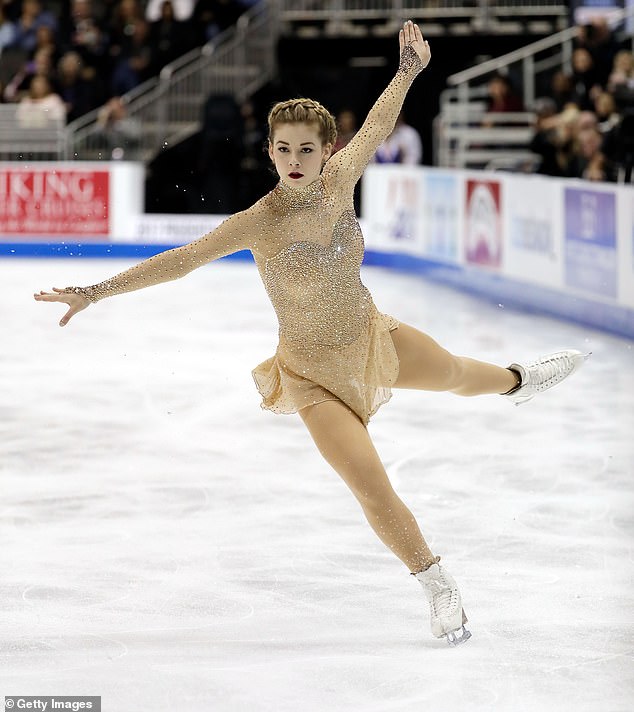 Gold (pictured in January 2017) sought treatment for anxiety, depression, and disordered eating in August 2017 and spent 45 days at a rehab in Arizona 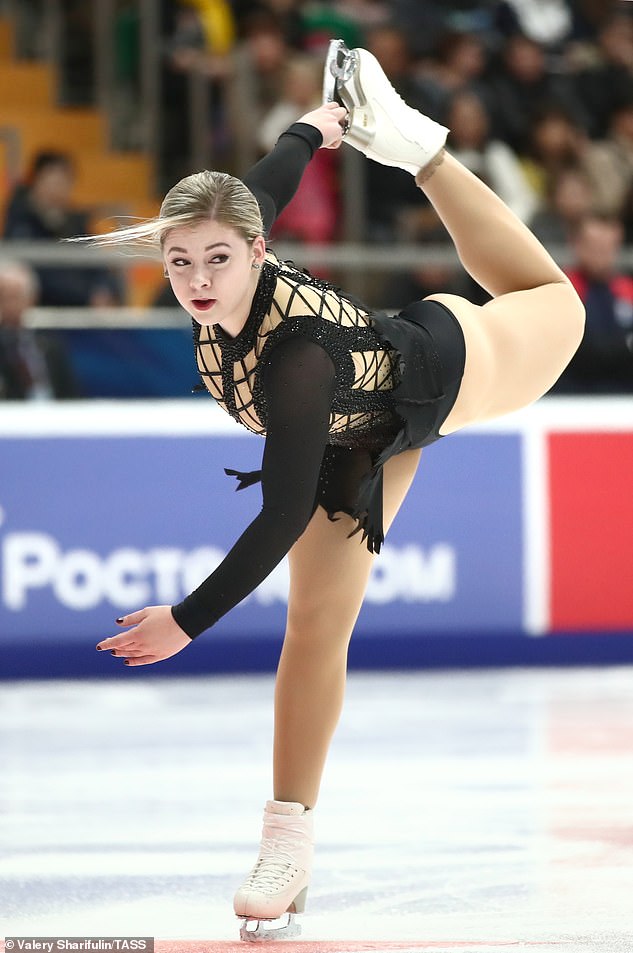 The skating pro spent 45 days at a rehab in Arizona and made the decision to go public with her mental health battles.

Gold first opened about her struggles with depression and disordered eating in a candid interview with the New York Times in 2019.

According to Gold, her troubles with food began when she weighed herself in front of a coach and was told 124lbs was a ‘big number.’

She had never counted calories before, but the comment led her to search for weight-loss tips online, where she came across a post from someone who wrote about consuming 200 to 400 calories per day.

Leading up to the 2014 Winter Olympics in Sochi, Russia, where she helped Team USA win the bronze, she went from eating about 2,000 calories a day to meals consisting of one tomato and multiple cups of coffee. 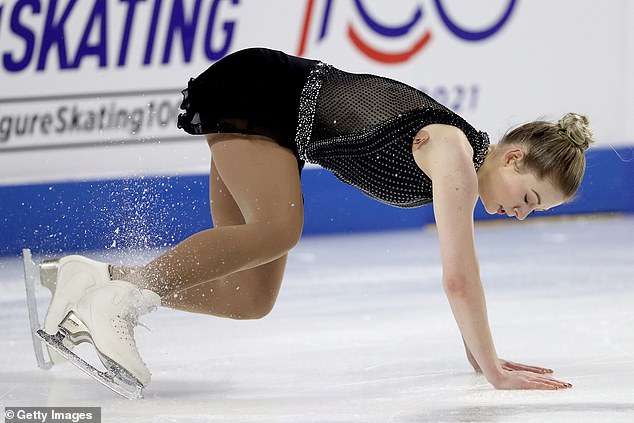 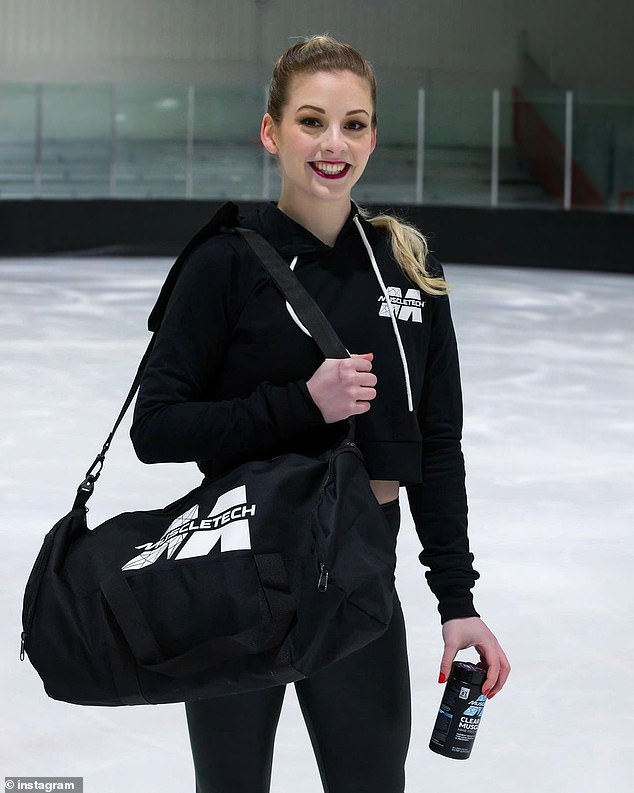 ‘I was just overwhelmed that I really did everything that you could want,’ Gold (pictured in May 2021) told the Washington Post after her routine on Thursday

‘The more weight I lost, the quicker and faster I felt on the ice,’ Gold told the Times, recalling how people started saying that she looked ‘amazing.’

However, after years of struggling with her mental health and what the Times described as ‘binge-purge cycles,’ she was at her breaking point in 2017.

She recalled being so depressed while hiding out in Detroit, Michigan, that she imagined taking her own life and no one finding her body until her landlord came to collect her rent.

She struggled to muster up the energy to brush her teeth or hair, and she sometimes slept as much as 24 hours. She kept the lights off so often that one of her monthly electric bills was less than $20.

‘I was suicidal for months,’ Gold told the Times. ‘If I had just continued the way I was in Detroit, I’d probably be dead.’