‘From being a villain, he’s turned himself into a hero’: Graeme Souness heaps praise on Unai Simon after Spanish goalkeeper puts disastrous own goal behind him to bounce back and help his country beat Croatia 5-3 with fine saves

Graeme Souness was full of praise for Unai Simon after the Spanish goalkeeper put his disastrous first-half own goal behind him to help his country reach the quarter finals.

The 24-year-old gifted Croatia the lead after 20 minutes, when he let Pedri’s backpass bobble over his foot and into the empty net behind him.

But he responded in impressive fashion to make a number of crucial saves later in the match, including at the start of extra time to keep it level. 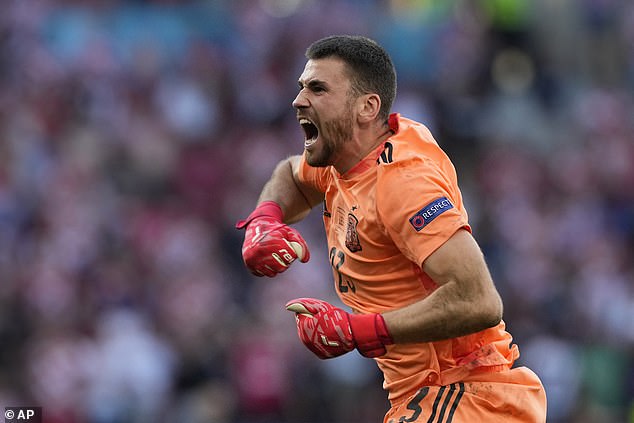 Souness hailed Simon’s character as he ultimately ensured his performance was not denied by the own goal.

‘Goalkeeper makes an incredible save, you imagine that goes to 4-3 for them (Croatia), it’s a very different remaining period, that first half.

‘The goalie should be a hero now – from being a villain, he’s turned himself into a hero. Saving that shot at that particular time has made the difference in this game.’ 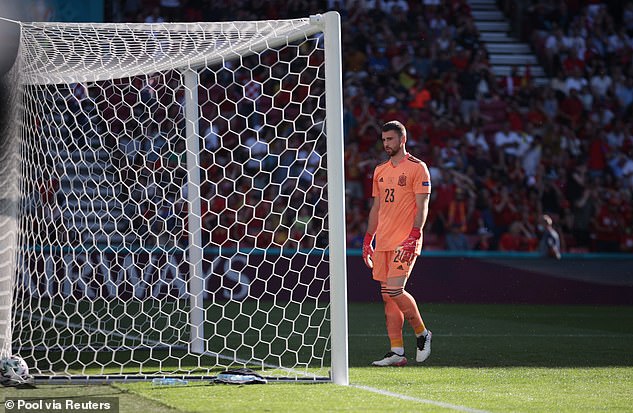 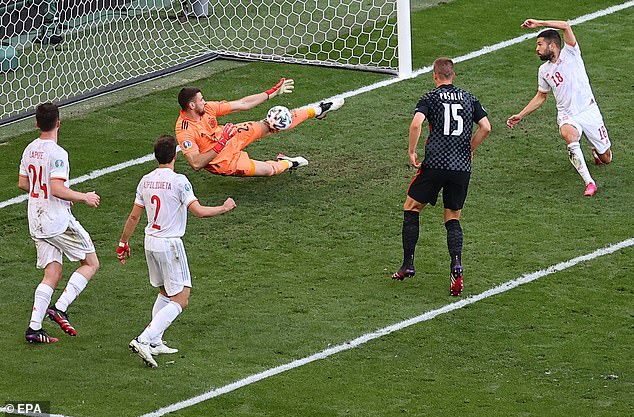 Fellow pundit Ian Wright was in full agreement over Simon’s mental strength to recover from the earlier incident.

Wright said: ‘The goalkeeper’s mental spirit has been magnificent in this game.

‘From the mistake in the first half, every single thing he’s done from that point has been absolutely first class. Unbelievable.’

Spain now travel to St Petersburg for their quarter final on Friday, where they will face either France or Switzerland.