Graham: Firing Mueller would be end of Trump’s presidency

‘We know that if he tried to, it would be the end of his presidency,’ Graham said.

Graham, a South Carolina Republican, appeared on ABC’s This Week on Sunday and was asked by co-anchor Martha Raddatz if he still believed that firing Mueller, who’s in charge of the Russia probe, would be a ‘red line.’

‘Oh, yeah, if he fired Mueller without cause,’ Graham replied.

Sen. Lindsey Graham said Sunday on ABC’s This Week that if President Trump decided to fire Special Counsel Robert Mueller it ‘would be the end of his presidency’ 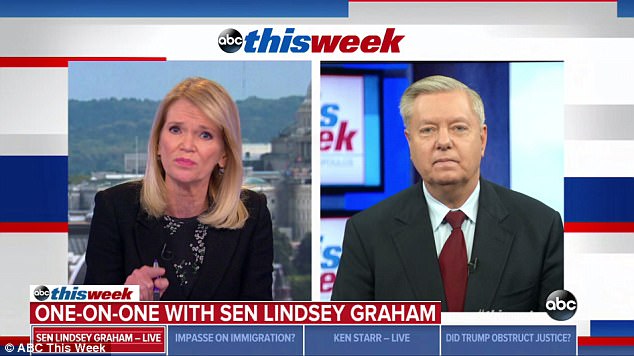 Sen. Lindsey Graham (right) expressed confidence in Special Counsel Robert Mueller to ABC’s Martha Raddatz (left), saying he would pass legislation to protect Mueller’s job if he had to

Graham, who had been a critic of Trump’s during the 2016 presidential campaign, but has since come around to often stand on the president’s side, expressed confidence in Mueller’s ability to ‘get to the bottom of all things Russia.’

‘And Don McGahn, if the story is true in The New York Times, did the right thing, and good news is the president listened,’ Graham said. 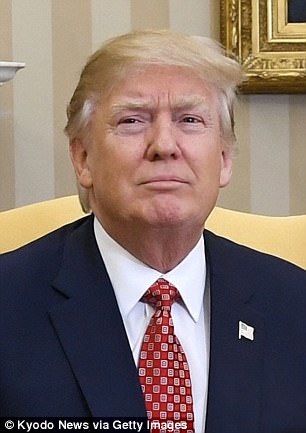 The Times reported Thursday that Trump had mulled firing Mueller last June, a month after he was appointed by Deputy Attorney General Rod Rosenstein.

CBS News reported that McGahn was fed up with other aspects of his job, which is why he thought about quitting, and it wasn’t a direct result of Trump’s Mueller chatter.

Either way, he and Trump’s other attorneys encouraged the president to keep Mueller in place.

‘I don’t know if the story is true or not, but I know this, Mueller should look at it,’ Graham advised, referring to the story that Trump had wanted Mueller gone.

When Raddatz reminded the senator that Trump had said he had never considered firing Mueller, Graham said the special counsel should look into that as well.

Graham expressed ‘complete confidence’ in Mueller and poured some water on any attempts on the right to taint the investigation over the behavior of two biased FBI employees, Pete Strzok, who was removed from the Russia probe, and his mistress Lisa Page, an FBI lawyer.

Strzok was reassigned from the probe after he was found to have sent anti-Trump text messages.

‘When [Mueller] found two FBI agents had a bias against President Trump, he fired them,’ Graham pointed out. ‘So, all this stuff about the FBI and DOJ having a bias against Trump and for Clinton needs to be looked at.’

‘But I have never believed it affected Mr. Mueller,’ Graham added.

The South Carolina senator also said he would pass legislation to protect Mueller’s job, if needed.

‘I think Mr. Mueller is the perfect guy to get to the bottom of all of this. And he will. And I think my job, among others, is to give him the space to do it,’ Graham said. ‘I intend to do that. I have got legislation protecting Mr. Mueller. And I’ll be glad to pass it tomorrow.’