‘I feel pretty good about Syria’: Graham emerges from two-hour lunch with Trump and says the president ‘understands the need to finish the job’ after ordering a slowdown of troop withdrawal

‘I think we’re in a pause situation,’ the South Carolina Republican said outside the White House after a two-hour lunch with the president.

‘He promised to destroy ISIS. He’s going to keep that promise,’ Graham said of Trump.

‘We’re not there yet. But as I said today, we’re inside the 10-yard line and the president understands the need to finish the job.’

Sen. Lindsey Graham, R-S.C., speaks to members of the media outside the West Wing of the White House in Washington, after his meeting with President Donald Trump, Sunday 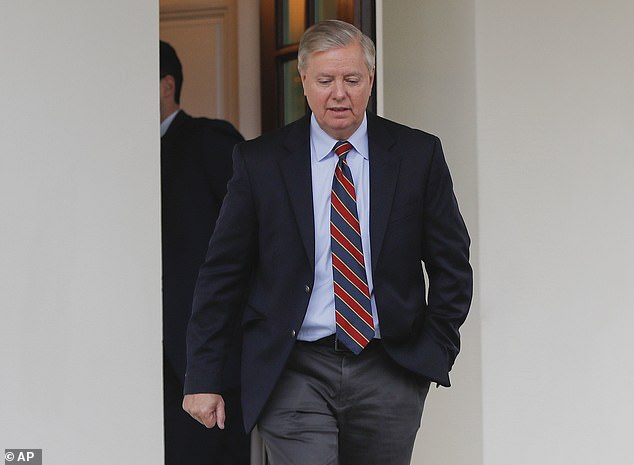 Graham walks out of the West Wing of the White House in Washington to speak to members of the media, after his two-hour lunch meeting with Trump

Trump announced earlier this month that he was ordering the withdrawal of all the roughly 2,000 troops from war-torn Syria, with aides expecting it to take place swiftly. The president had declared victory over the Islamic State group in Syria, though pockets of fighting remain.

Graham had been an outspoken critic of Trump’s decision, which had drawn bipartisan criticism. The announcement also had shocked lawmakers and American allies, including Kurds who have fought alongside the U.S. against the Islamic State group and face an expected assault by Turkey.

‘I think we’re slowing things down in a smart way,’ Graham said, adding that Trump was very aware of the plight of the Kurds.

Critics had contended that the U.S. withdrawal would embolden Iran and Russia, which have supported the government of Syrian President Bashar al-Assad. 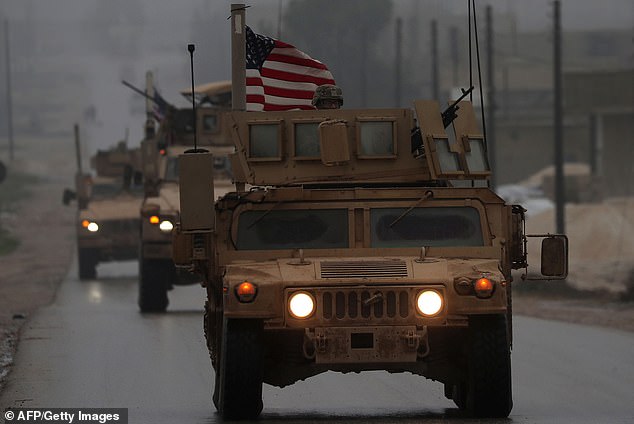 A picture taken on December 30, 2018, shows a US soldier riding an armored personnel carrier as a line of US military vehicles patrol Syria’s northern city of Manbij 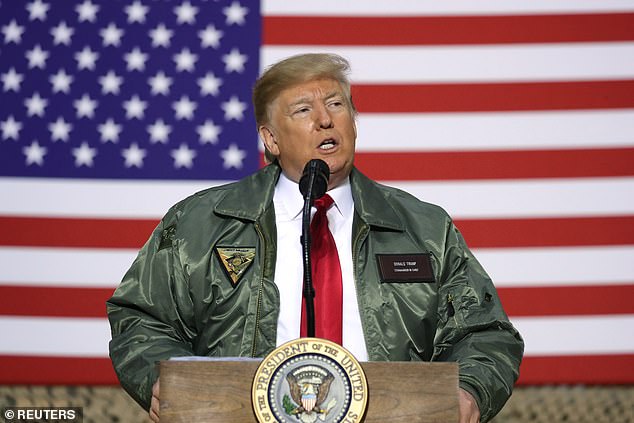 National security adviser John Bolton was expected to travel to Israel and Turkey next weekend to discuss the president’s plans with the American allies.

During his appearance on CNN’s ‘State of the Union,’ Graham previewed his arguments to Trump for reconsidering the Syria pullout.

‘I’m going to ask him to sit down with his generals and reconsider how to do this. Slow this down. Make sure that we get it right. Make sure ISIS never comes back. Don’t turn Syria over to the Iranians. That’s a nightmare for Israel,’ Graham said.

‘And, at the end of the day, if we leave the Kurds and abandon them and they get slaughtered, who’s going to help you in the future?’ he said. ‘I want to fight the war in the enemy’s backyard, not ours. That’s why we need a forward-deployed force in Iraq and Syria and Afghanistan for a while to come.’