In the 1987-88 season, 18-year-old Leicester City player Tony Brien, who was abused by Langford aged 12 to 14, plucked up the courage to phone Aston Villa manager Taylor to warn him that youth players at the club were at risk of Langford. 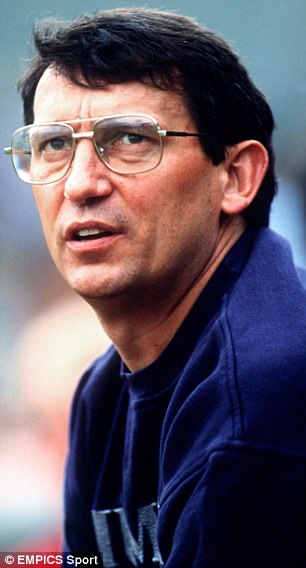 But Taylor, who is also now dead, simply told him to ‘move on’ and not speak about his ordeal because he would be abused by fans, an inquiry into sexual abuse in football heard today.

The inquiry heard that Taylor acted the same way with another boy who told of his abuse, driving to his home to discourage him from taking it further.

The boy’s claim was conveyed today by the barrister in charge of the inquiry, Clive Sheldon QC.

Previously taking about his ordeal, Brien told how Taylor’s assistant manager Dave Richardson also discouraged him from speaking out.

He said Ricardson told him: ‘Could you really be dealing with all the obscenities from the terraces?’. I suggest we sweep this under the carpet, son.’ 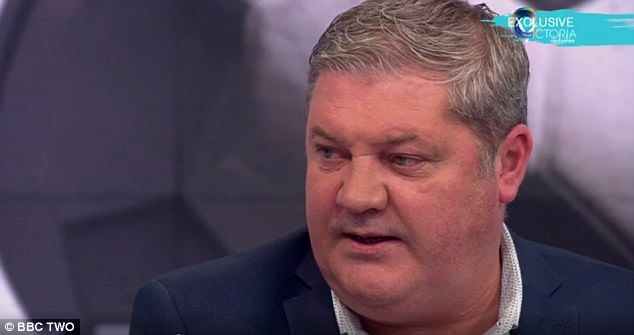 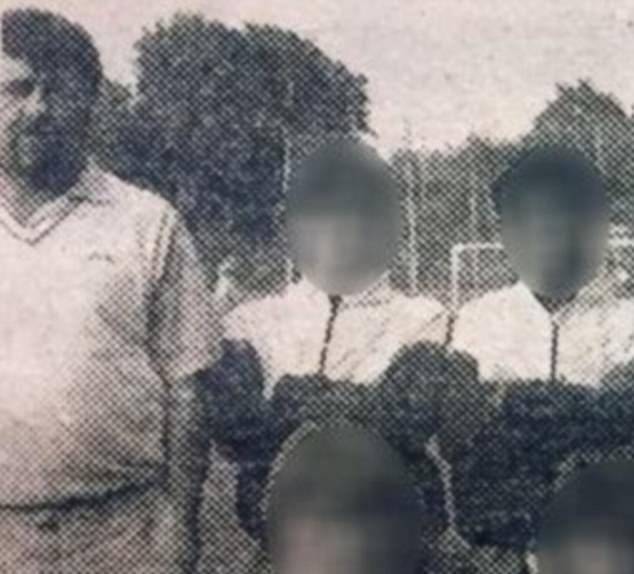 The young defender was stunned by the response from a man who would go on to become the Premier League’s head of youth development.

‘I went into the kitchen, told my mum they’d told me to sweep it under the carpet and started crying,’ Brien recalls. ‘It was all for nothing.’

Now, almost three decades later, his story is finally being heard. Inspired by Andy Woodward, the former Crewe footballer whose story of the abuse he suffered has sparked a scandal that has engulfed the sport with hundreds coming forward to report their own ordeals, Brien has spoken out.

He remembers the first time he met Langford. ‘It was well known in Birmingham that Dunlop Terriers were the best team to play for because they were his team and he was a Leicester City scout. My team played against them and he said afterwards: “You’ve got to come to me, I’m going to get you, no matter what happens”.’

It is a statement that now sounds sinister but to Brien at the time it was music to his 12-year-old ears. ‘Ted Langford after me,’ he recalls. ‘I was on top of the world.’

It did not take long for Langford’s dark side to emerge. ‘He had beady eyes,’ says Brien. ‘I’d sit in the back of the van when we went to matches and see him staring. He started coming to my school. He was a bin man. He kept saying: “I need something from you”. It went on for four months. 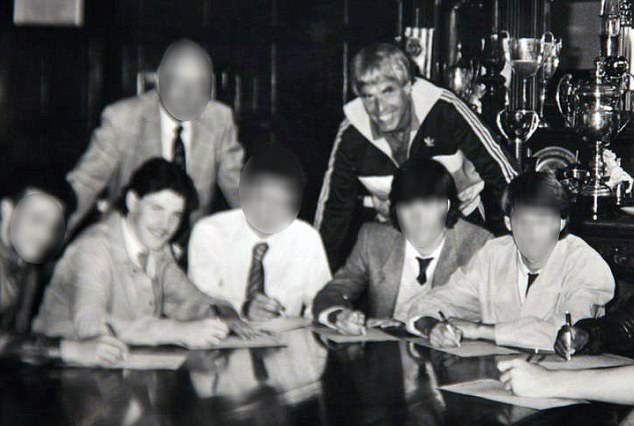 ‘Then he told me “I need a sperm sample”. He said it in the playground by the bins. He told me it would be passed onto the Leicester City doctors and they will find out if you have the gene that makes you a footballer.’

Langford dismissed Brien’s pleas to take a sample on his own at home. He took him instead to a golf course next to his school where he was abused. Then came another sick twist.

‘He told me that the ‘test’ was inconclusive and that I would have to provide another sample,’ Brien recalls. ‘It happened, I think, another three times. I used to dread seeing his car, an old red Granada. Eventually he gave me a tablet which he said had the gene inside. I was about 14, 15 and getting bigger and braver. I told him what I’d do if he ever came near me again.’

Brien signed for Leicester at 16 and two years later, when Foxes assistant Richardson moved to Villa with Langford, he called him to let him know about Langford’s actions. 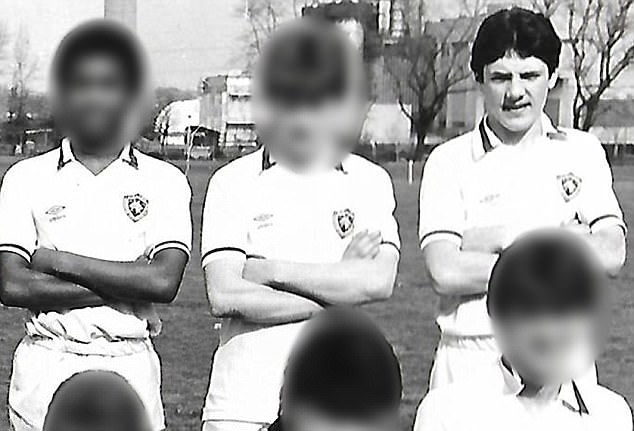 Villa sacked Langford in 1989. The reasons for which are unknown but the police were not informed. In 2007 he was jailed for three years for the sexual abuse of four young players in the 1970s and 1980s while he worked for Villa and Leicester.

He died in 2012. But for Brien, who went on to play for clubs including West Brom and Hull, there was no escape.

‘I felt dirty,’ he explains. ‘Ashamed. Paedophile wasn’t a word we used back then. I hit the drink when I finished. Had two failed marriages. I used to really, really take to drink. I was in a bad way but I got over that. The drinking eased the pain. Now I have spoken out I feel like a weight has been lifted off my shoulders but it’s always there.’

Richardson told the BBC that he did everything possible to protect young players, had raised Brien’s complaint with then manager Graham Taylor and chairman Doug Ellis, and that a club investigation took place. 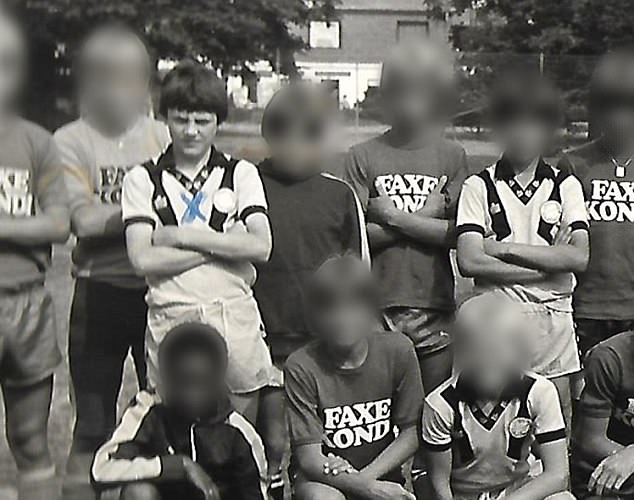 At 18, Brien decided to tell Villa of Langford’s abuse but the issue was ‘swept under the carpet’

He added that a lack of evidence, coupled with the wishes of parents involved, led to them not passing the information on to the police.

In a later statement, released by the law firm Slater and Gordon, he said: ‘I cannot recall ever having a conversation with him about any allegations of abuse.’

Villa say the club ‘considers the safeguarding and welfare of all players and staff to be of paramount importance’. A spokesman added: ‘Aston Villa would encourage anyone with any allegation or concern regarding safeguarding or other potential wrongdoing to contact the relevant authorities.’

For Brien, who says he is yet to be contacted by the FA, the damage is done. ‘It could have been stopped 30 years ago,’ he says.

‘Even if it stopped him from getting to one more person. They swept it under the carpet. For that somebody has to be accountable. I was let down. There is anger because I tried to do something about it and nothing happened.

‘I was an 18-year-old kid brave enough to come forward and I was cheated. It’s disgraceful. They didn’t even tell me they had sacked him.’