The nominations for the 61st Grammy Awards were announced on Friday in a glittering ceremony.

Lady Gaga, Cardi B, Kendrick Lamar and Drake scooped the most nominations, with five women battling it out in the Album of the Year category, following the controversy over the lack of female nominees at the 2018 awards.

Gaga picked up five nominations – four of them for her work on A Star Is Born – in the Song of The Year, Record of the Year, Best Pop Duo/Group Performance and Best Song written for Visual Media categories for Shallow (sung with Bradley Cooper. 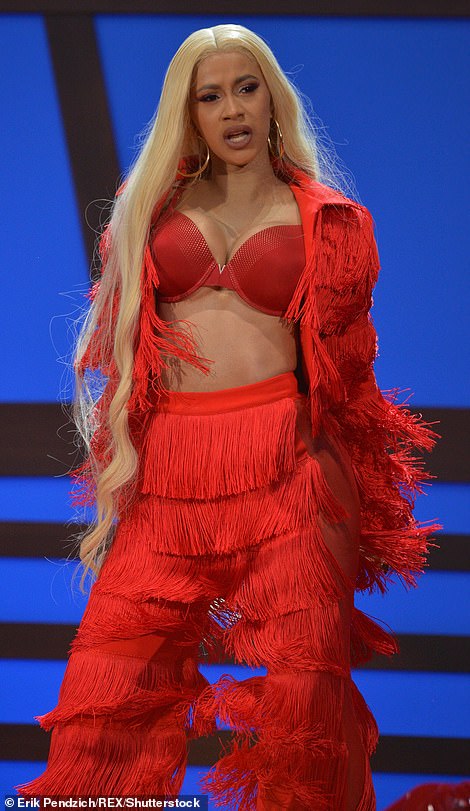 Force to be reckoned with: Lady Gaga and Cardi B led the nominations for the Grammy Awards 2019 on Friday, netting five nominations each

Her fifth nomination came in the Best Pop Solo Performance category for Joanne (Where Do You Think You’re Goin’?) where she will battle it out alongside Beck’s Colors, Havana by Camila Cabello, and Ariana Grande’s God Is a Woman.

Leading the overall nominations was Kendrick Lamar, with eight nods for his work on the Black Panther soundtrack. He has won 12 Grammys in his career. 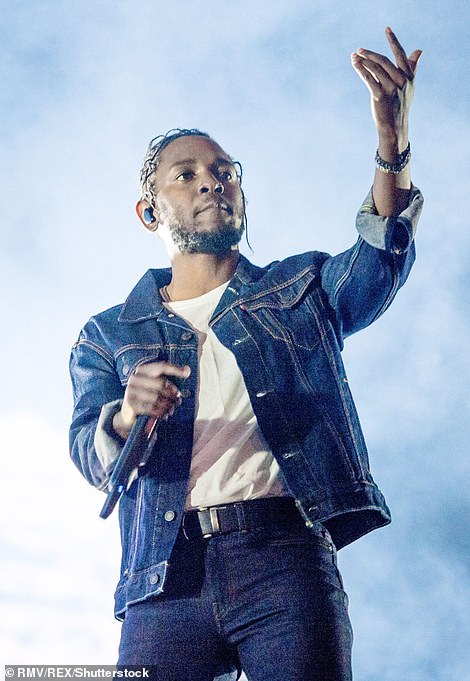 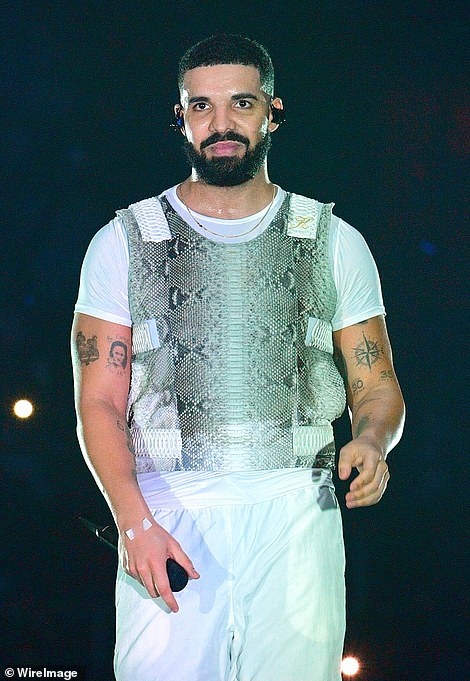 Icon: Kendrick Lamar scored the most nominations, a whopping eight, due to his stellar work on Black Panther while Drake was nominated seven times

Three-time Grammy winner Drake is also hoping to add to his tally with seven nominations, with God’s Plan being recognised in the Record of the Year, Song of The Year, and Best Rap Song. 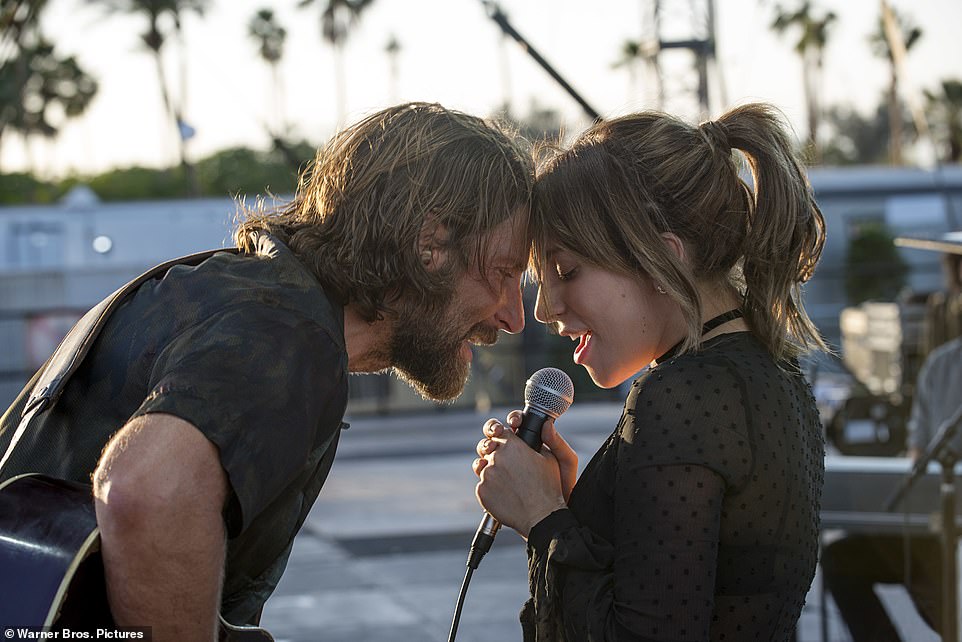 Acclaimed: Gaga picked up five nominations – four of them for her work on A Star Is Born – in the Song of The Year, Record of the Year, Best Pop Duo/Group Performance and Best Song written for Visual Media categories for Shallow (sung with Bradley Cooper

Her album By The Way, I Forgive You was also nominated in the Album of the Year and Best Americana Album.

In a shock of the nominations Taylor Swift received one nod in the Best Pop Vocal Album Category for Reputation, having won 10 Grammy awards in the past.

Beyonce, Jay-Z and Kanye West were further notable admissions from the nominees list. 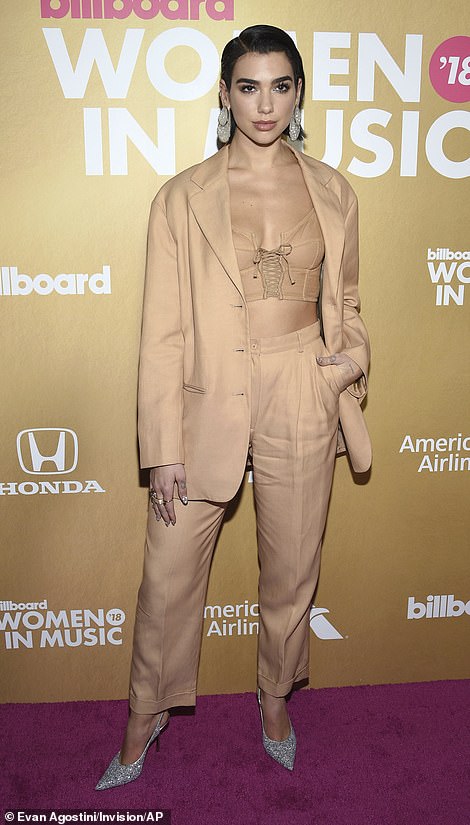 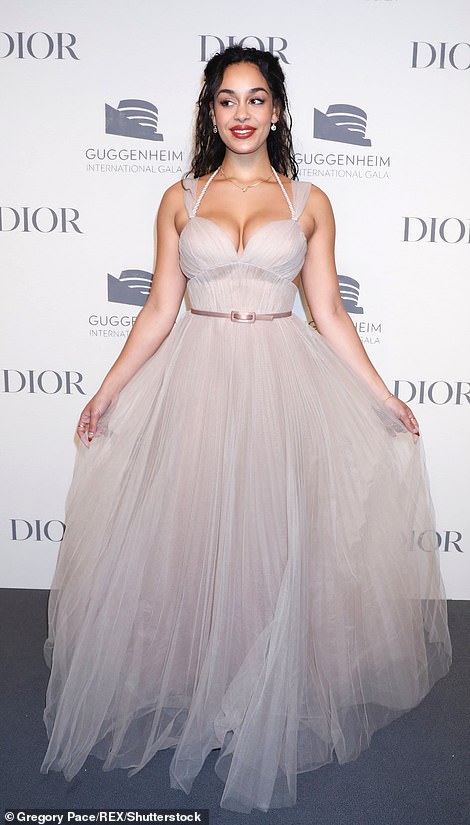 Well done: Leading the British invasion, Dua Lipa and Jorja Smith are both nominated in the Best New Artist category 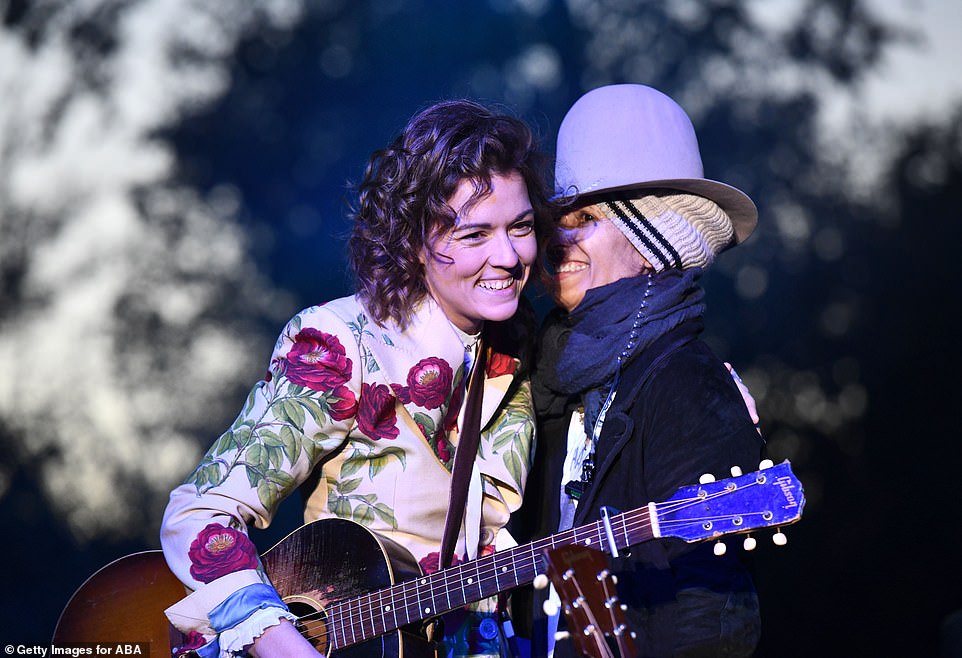 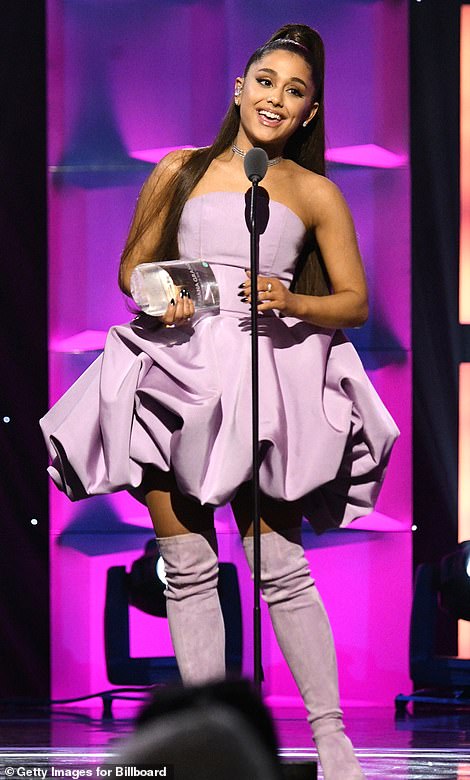 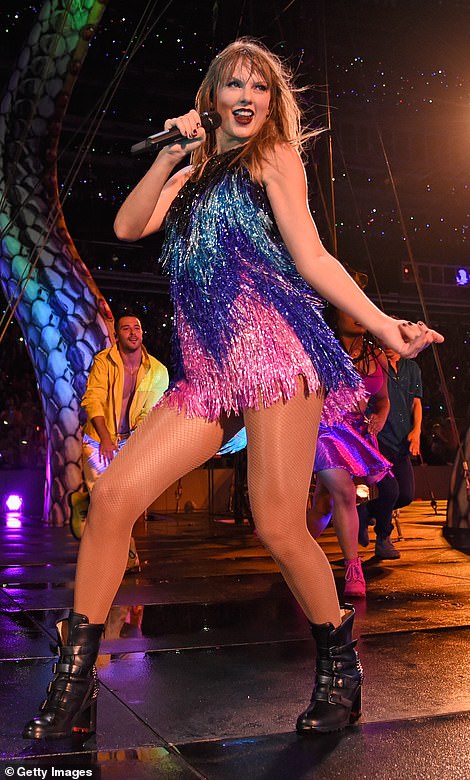 Women dominated the Album of the Year category with five of the eight nominees female.

The nominees are Invasion Of Privacy by Cardi B, By The Way, I Forgive You by Brandi Carlile, Scorpion by Drake, H.E.R. by H.E.R., Beerbongs & Bentleys by Post Malone, Dirty Computer by Janelle Monáe, Golden Hour by Kacey Musgraves, and Black Panther: The Album, Music From And Inspired By – Various Artists (created by Kendrick Lamar, The Weeknd, and SZA.

Nominated for Record of the Year,  is I Like It by Cardi B, Bad Bunny & J Balvin, The Joke by Brandi Carlile, This Is America by Childish Gambino, God’s Plan by Drake, Shallow by Lady Gaga & Bradley Cooper, All The Stars by Kendrick Lamar & SZA, Rockstar by Post Malone Feat. 21 Savage and The Middle by Zedd Feat. Marren Morris & Grey.

In the Song of the Year category, were All The Stars by Kendrick Lamar & SZA, Boo’d Up performed by Ella Mai, God’s Plan by Drake, In My Blood by Shawn Mendes, The Joke, performed by Brandi Carlile, The Middle (performed by Zedd, Maren Morris & Grey), and This Is America by Childish Gambino

Shawn Mendes called it ’emotional’ as he secured his first Grammy Nominations.

The 61st Annual Grammy Awards ceremony will be held on February 10, 2019  at the Staples Center in Los Angeles. The ceremony will recognize the best recordings, compositions, and artists of the eligibility year, which ran from October 1, 2017, to September 30, 2018.

The music awards previously announced they will expand the number of nominees in the top four categories, beginning at the 2019 ceremony.

The ‘General Field’ categories – Record of the Year, Album of the Year, Song of the Year, and Best New Artist – will now have eight nominees, increased from the standard five.

Announcing the landmark change to Recording Academy members on Tuesday, head of the Grammys Neil Portnow said: ‘This change will better reflect the large number of entries in these categories and allow voters greater flexibility when selecting this year’s best recordings’.

He added The Recording Academy was seeking to adapt to an ‘ever-changing industry.’

‘The expansion ‘creates more opportunities for a wider range of recognition’ and ‘gives more flexibility to our voters when having to make the often challenging decisions’ he said.

This comes as organizers attempt to counter a backlash over how few women are winning and push for diversity.

This year’s Grammys, held on March 28, featured very few female artists, with New Zealand singer Lorde the only nominee for Album of the Year and none earning a nod for Record of the Year 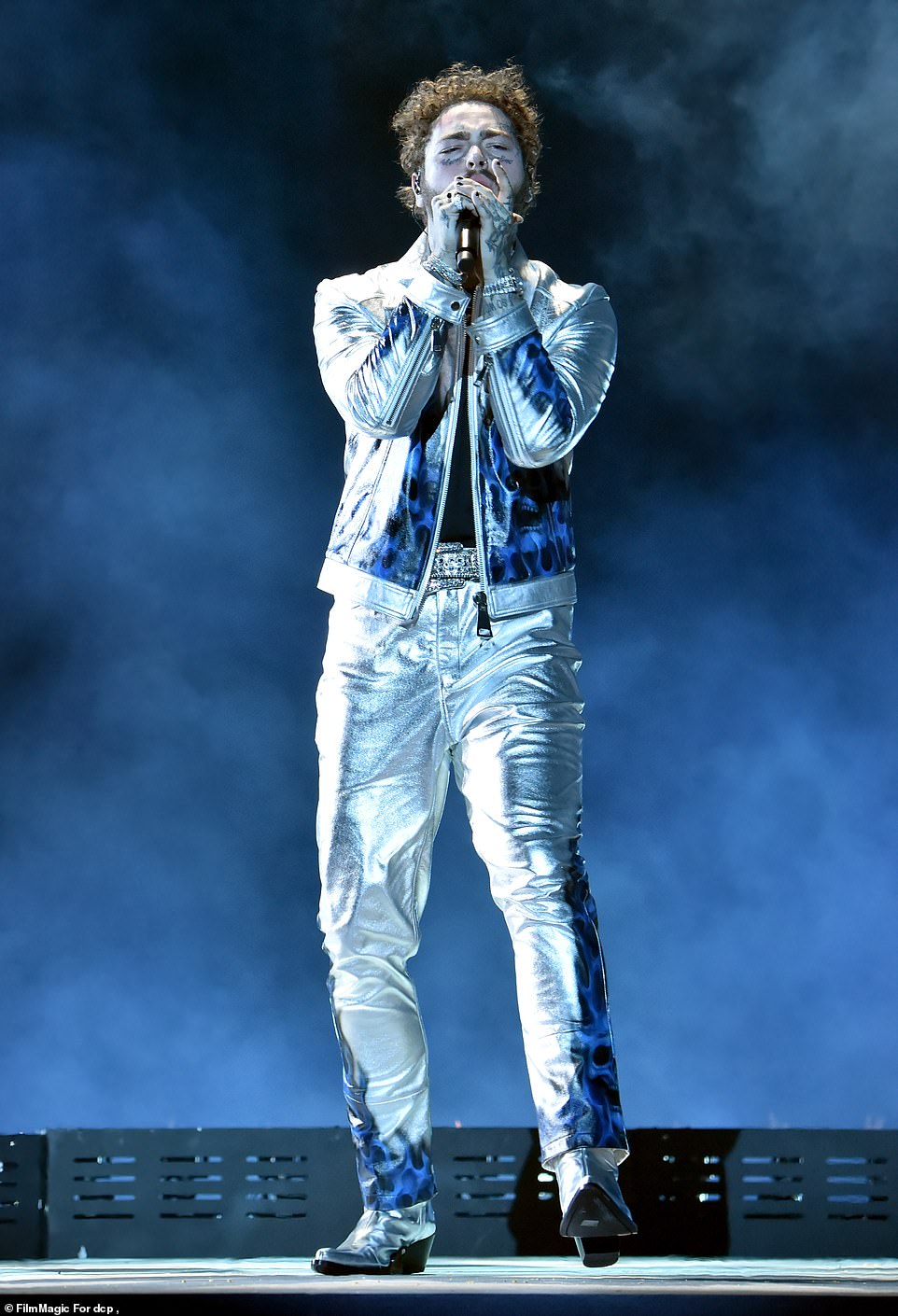 Acclaimed: Post Malone is nominated for Album of the Year for Beerbongs & Bentleys

This came at a time that the growing #MeToo movement was raising concern about the gender biases and harassment holding back women.

The night’s big winner was Bruno Mars, who picked up six gongs, including album, song and record of the year.

Asked after the January awards in New York why more women were not winning, Portnow said that female musicians needed to ‘step up,’ while also speaking of the need for more mentorship.

His remarks generated a tidal wave of criticism, with stars including Katy Perry and P!nk speaking out and a group of women music executives demanding that he quit.

Criticism has mounted that the Recording Academy’s tastes are old-fashioned, and more in line with the older, mostly white male professionals who vote and are out of tune with contemporary culture.

Portnow announced on May 31 that he was stepping down next year, meaning that the expansion of Grammy nominations will likely be one of his final major decisions at the academy.

Hoping to bring more diversity, the Recording Academy made another key change in time for this year’s awards by switching to online ballots, broadening its pool to itinerant musicians who are not waiting at their mailboxes.

Likely due to the reform, the 2018 Grammys for the first time saw hip-hop dominate the top categories.

Fans were outraged when the nominations for the Grammys were announced in November 2017.

A number of categories boasted just one female in the ranks, including Best Rap Performance, Best Rap Album, Best Country Album, Best Dance/Electronic Album among others.

The artists up for the awards of Best Rock Album, Best Alternative Music Album and Best Metal Performance were similarly all male.

But this isn’t to say there are no female-dominated categories on the list, as Best Pop Solo Performance was a competition between four superstar women and eventual winner Ed Sheeran.

Katy Perry and Demi Lovato, who both had albums eligible for nods, were shut out, however, leading to many Twitter users claiming they were cheated. 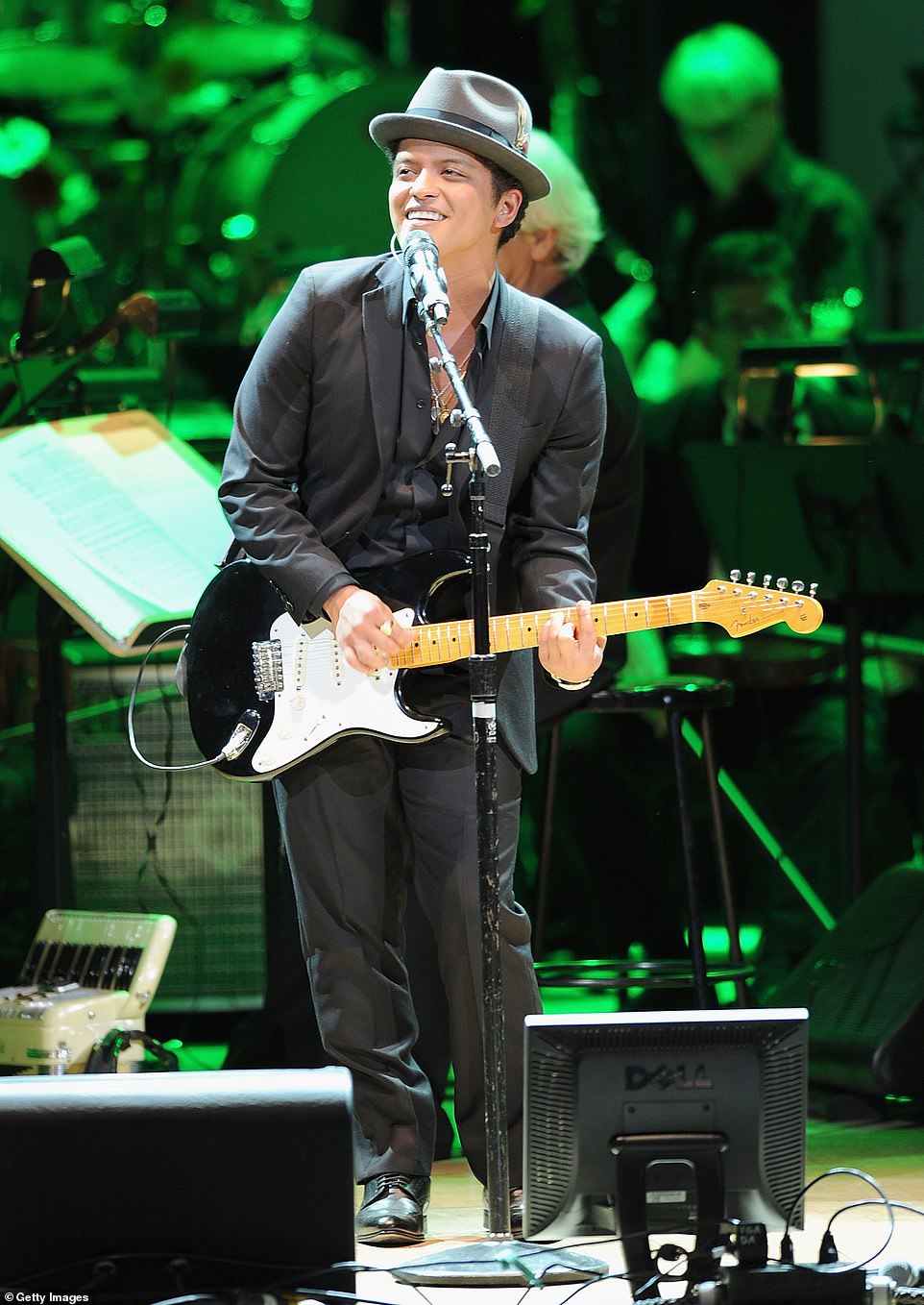 Success story: 2018’s big winner was Bruno Mars, who picked up six gongs, including album, song and record of the year