By Associated Press and Jack Elsom For Mailonline

The chief executive and president of the Grammys has been removed just 10 days before the annual awards ceremony following an allegation of misconduct by a senior employee at the Recording Academy.

Deborah Dugan, who only took the reins five months ago, was placed on immediate administrative leave by the Board, it was announced on Thursday night.

The nature of the allegation is unclear, but insiders claim she was toppled in a ‘coup’ by staff unhappy with her shake-up of the business’s leadership.

As the Royal Academy gears up for the glitzy music awards in Los Angeles on January 27, it said in a statement: ‘In light of concerns raised to the Recording Academy Board of Trustees, including a formal allegation of misconduct by a senior female member of the Recording Academy team, the board has placed Recording Academy President and CEO Deborah Dugan on administrative leave, effective immediately.

‘The board has also retained two independent third-party investigators to conduct independent investigations of the allegations.’

Sources have questioned the veracity of the complaint and pointed the finger at disgruntled employees.

One told Variety: ‘I know a lot of the board members couldn’t stand her.’

And another said: ‘There are people who had been there for years who knew they were going to be let go, and who knew they would not get a job that paid as well anywhere else.’

Recording Academy Board Chair Harvey Mason Jr., the music producer who has worked with Chris Brown, Jennifer Hudson and more, will serve as interim president and CEO of the academy.

‘The Recording Academy Board of Trustees is committed to fostering a safe, diverse, and inclusive workplace, music industry, and society.’ 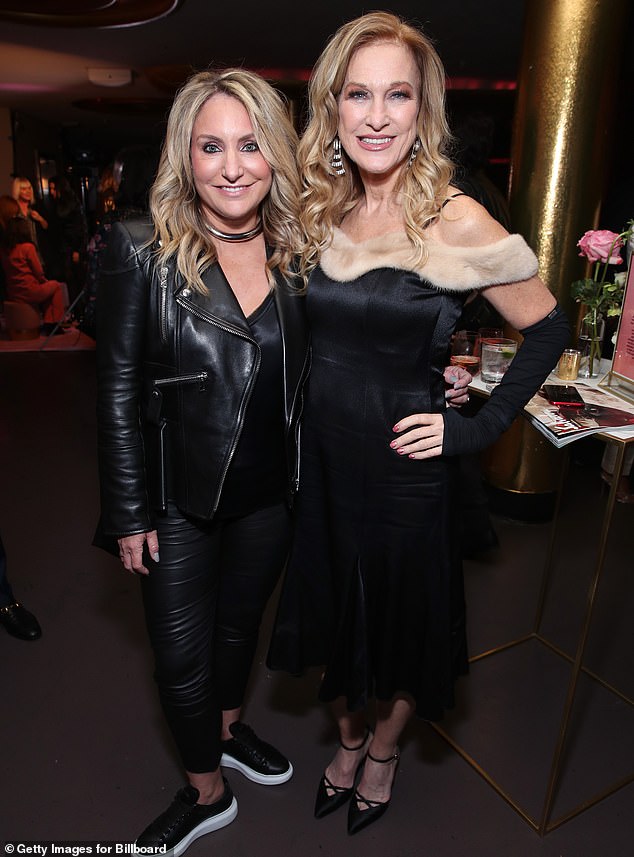 Dugan did not immediately reply to an email seeking comment.

Dugan succeeded Neil Portnow, who led the Grammys since 2002. Before joining (RED), the AIDS organization that launched in 2006, Dugan was president of Disney Publishing Worldwide and executive vice president at EMI/Capitol Records. She started her career as an attorney on Wall Street.

Before Dugan, music executive Christine Farnon held the top position at the academy for years, though she never had the title of president and CEO. She held multiple positions at the Grammys throughout her tenure, retiring in 1992 as executive vice president.

Michael Greene became the first official president and CEO of the academy in 1988, leading the organization until 2002 when Portnow took over.

This year’s Grammys is set to feature performances by Ariana Grande, Billie Eilish, Demi Lovato, Aerosmith, Bonnie Raitt, Tyler, the Creator, Run-DMC, Rosalía, H.E.R. and Lizzo, who is the top nominee with eight.