Grandfather, 88, died after he was run over by pensioner, 79, driving mobility scooter

Frederick Longlands, 88, was knocked down by the vehicle driven by Leslie Henshaw, who was travelling on the pavement in Bath Street, Derbyshire, on February 3

A grandfather died after he was hit from behind by a 79-year-old pensioner riding a mobility scooter who had never driven a car in his life, but claimed ‘some knowledge’ of the Highway Code, an inquest heard.

Frederick Longlands, 88, was knocked down by the vehicle driven by Leslie Henshaw, who was travelling on the pavement in Bath Street, Derbyshire, on February 3.

At an inquest into Mr Longland’s death, his family called for more action to be taken to protect pedestrians against the dangers of mobility vehicles.

Mr Henshaw passed away before he could be charged for any offence relating to Mr Longlands’ death, as reported by DerbyshireLive.

According to Det Sgt Darren Muggleton, CCTV footage of the incident indicated Mr Longlands wouldn’t have been aware the scooter was behind him.

The footage from February 3 showed Mr Henshaw’s scooter travelling along the pavement and striking the back of Mr Longlands’ legs.

The elderly man, who lived in Stanley, near Ilkeston, fell to the floor where he hit his face and head.

DS Muggleton said witnesses reported Mr Longlands had facial injuries but did not seem to be seriously hurt.

He contracted bronchopneumonia, caused by a complex haemorrhage.

Describing the CCTV footage, DS Muggleton said Mr Henshaw appeared to be driving his vehicle on or above the four miles per hour limit. 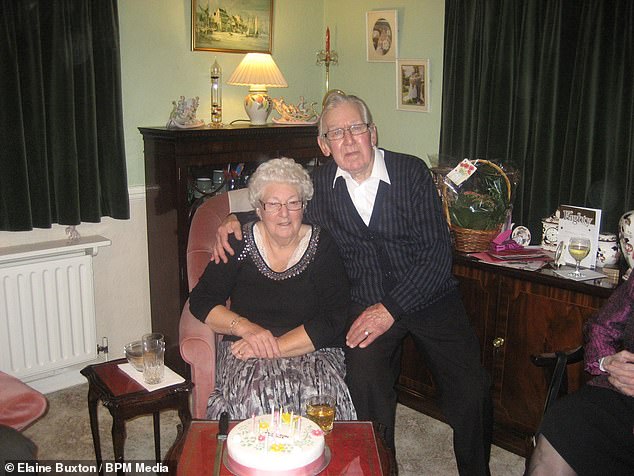 Mr Henshaw had a Class 3 mobility scooter which is allowed to drive on the road.

DS Muggleton told the inquest it was the first scooter the 79-year-old had purchased and he had never driven a car before in his life.

He added: ‘What was interesting was that someone with no driving experience was allowed to drive among vulnerable people.’

Looking at the footage, DC Muggleton said there was ‘no evidence of a reaction’ from the driver before the collision.

When questioned by police under caution, Mr Henshaw gave a description of the event which did not match the evidence.

In an interview with police, he claimed to have been ‘crawling’ along the pavement, going at ‘almost zero’ miles an hour. 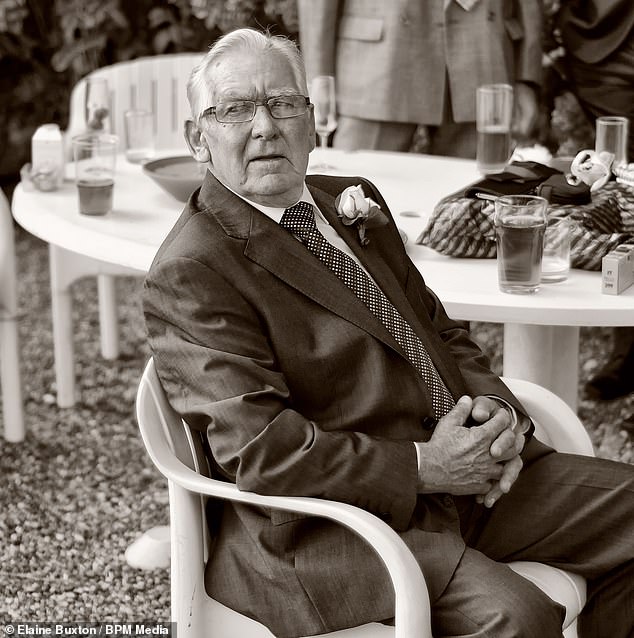 Mr Henshaw passed away before he could be charged for any offence relating to Mr Longlands’, pictured, death

He said he tried to manoeuvre around Mr Longlands, but the 88-year-old had made an unexpected change of direction.

Mr Henshaw told police that, when he bought the scooter, he had some knowledge of the Highway Code but nobody told him the law.

The Highway Code states that mobility scooters riding on the pavement should give way to pedestrians.

When questioned about the CCTV, Mr Henshaw said it ‘didn’t seem right’ but conceded it looked like he was driving too fast.

He said: ‘This isn’t an isolated incident, I’ve done quite a few over the years I’ve been doing this. There needs to be attention drawn to it.’

However, the inquest was told mobility scooters aren’t covered in the Road Traffic Act 1998.

Because of this, the charge of death by dangerous driving could not be brought forward in the way it would have with a car.

Derby Coroner’s Court was told a potential charge would have been under ‘wanton and furious driving of a carriage’ or ‘manslaughter by gross negligence’.

Mr Henshaw passed away before a hearing could take place, however.

In her closing statement, assistant coroner Tanyka Rawden concluded it was an unlawful killing.

She said: ‘I have very strong views about this, there needs to be some sort of protective legislation for pedestrians.’

Ms Rawden confirmed she would be writing to the Transport Select Committee.

Mr Longlands’ daughter, Elaine Buxton, described her father as a ‘cheery gentleman’ who was very fit for his age.

When he died, she said her mother Diana was house-bound and eventually moved into a care home where she suffered a fatal stroke.

Ms Buxton said while it had been difficult for her family, she said it was a tragedy for Mr Henshaw’s family as well.

She said the driver hadn’t ‘gone out thinking he was going to do that’.

‘I really feel that something positive has got to come out of this, at the end of the day it was an accident.

‘The guy wasn’t being responsible but when something like that happens out of the blue some good has got to come out of it,’ she said.