A grandfather from has been sentenced to 32 years in prison for sexually abusing five of his own grandchildren.

The 71-year-old man from Sussex Inlet, on New South Wales’ south coast, plied his grandchildren with drugs and alcohol and used them to make child pornography.

The man, who cannot be named for legal reasons, did not make eye contact with his victims as the sentence was handed down, but held up his middle finger before being led from the court room at Penrith Court House.

The man had been in custody since his then 15-year-old step-granddaughter reported more than a decade of abuse to police in 2015, according to The Brisbane Times.

She told investigators how the 71-year-old subjected her to the production of child pornography in his attic containing lighting, cameras and a mattress.

She said she remembered the grooming and manipulation tactics happening before she started school.

Four more of the man’s step-grandchildren and biological grandchildren then also reported being abused by him.

His step-grandson said he had been supplied him with prescription drugs since the age of seven.

His grooming techniques included offering his grandchildren ‘modelling contracts’ to encourage them to pose in a sexual way.

He was found guilty in March of 73 of 77 counts – having pleaded not guilty to all of them.

Sentencing on Monday, Judge Robert Sutherland called the abuse ‘heinous’ and ‘depraved’ – while investigators said the abuse was the worst they had ever seen.

The grandfather will be eligible for release in June 2039. 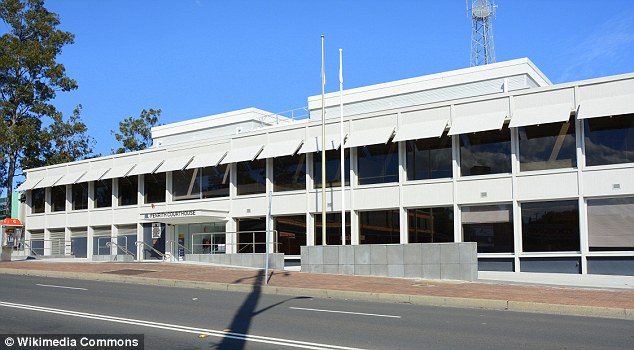