Grandmother, 93, and grandson, 27, share snaps of their hilarious costumes

Double trouble! Grandmother, 93, and her grandson, 27, take Instagram by storm with hilarious costume scenes including Toy Story and Ancient Rome

A 93-year-old grandmother has formed part of an unlikely comedy duo with her 27-year-old grandson after delighting social media users with snaps of their hilarious fancy dress.

Pauline ‘Granny’ Kana and Ross Smith, from Ohio, have amassed 2.7 million Instagram followers and 892,000 YouTube subscribers thanks to their amusing matching costumes and equally funny videos.

One of their more recent shots shows the pair, who first started working on their act six years ago, dressed as characters from the popular Disney and Pixar’s movie UP.

First collated in an online gallery by Bored Panda, FEMAIL rounds up some of the duo’s best photographs…

Up, up and away: Pauline ‘Granny’ Kana and Ross Smith, from Ohio, who are online comedians, dress as characters from the popular Disney and Pixar’s movie UP 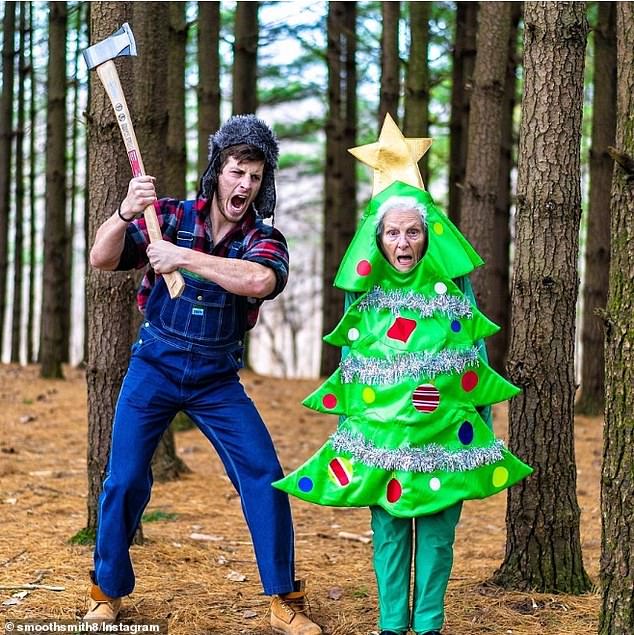 Oops! The duo pose in a local woodland location, with the 93-year-old grandmother appearing dressed as a terrified tree, while her grandson wields an ax 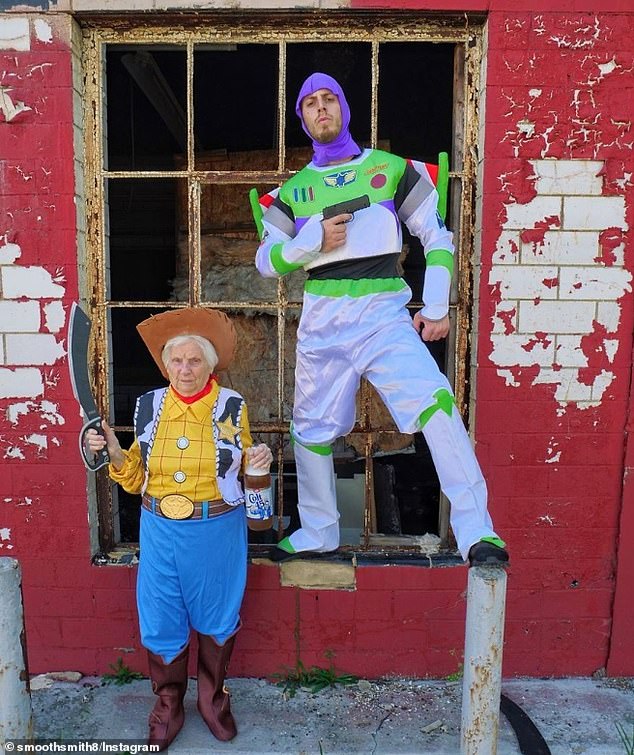 To infinity and beyond: Ross and Pauline give the film Toy Story an adult makeover with their drinking, weapon wielding Woody and Buzz Lightyear costumes 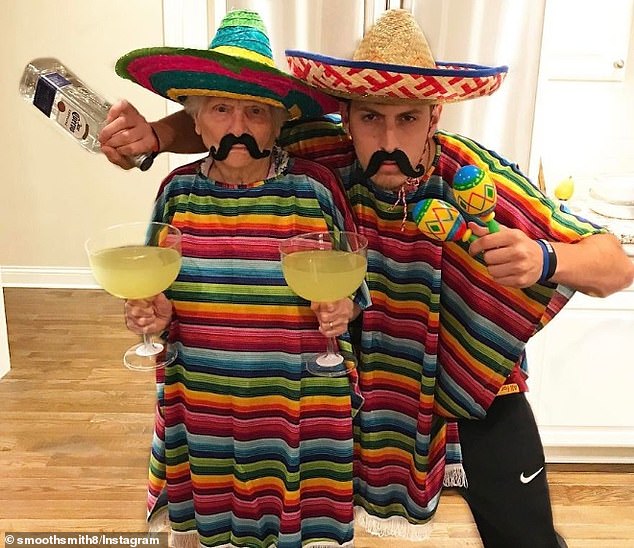 Tequila tequila! There was no messing about when the pair dressed up in sombreros, as both sport very serious expressions 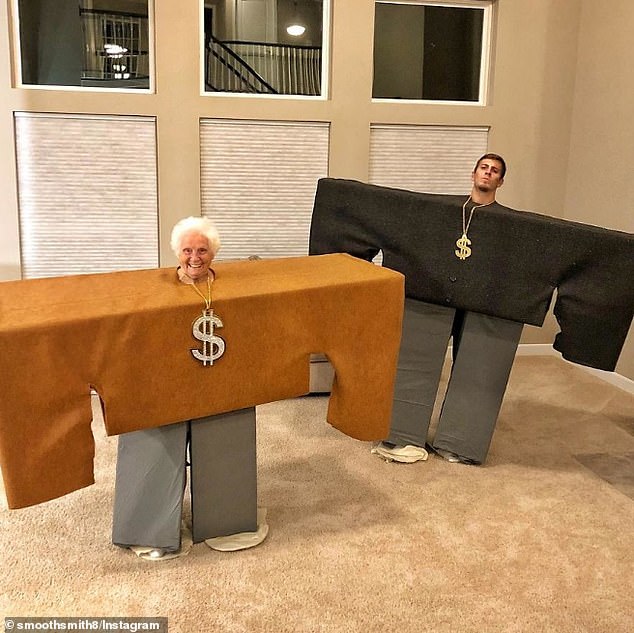 Bossed it: The grandmother and grandson duo nailed their amusing gangster costumes when posing up a storm in Ohio 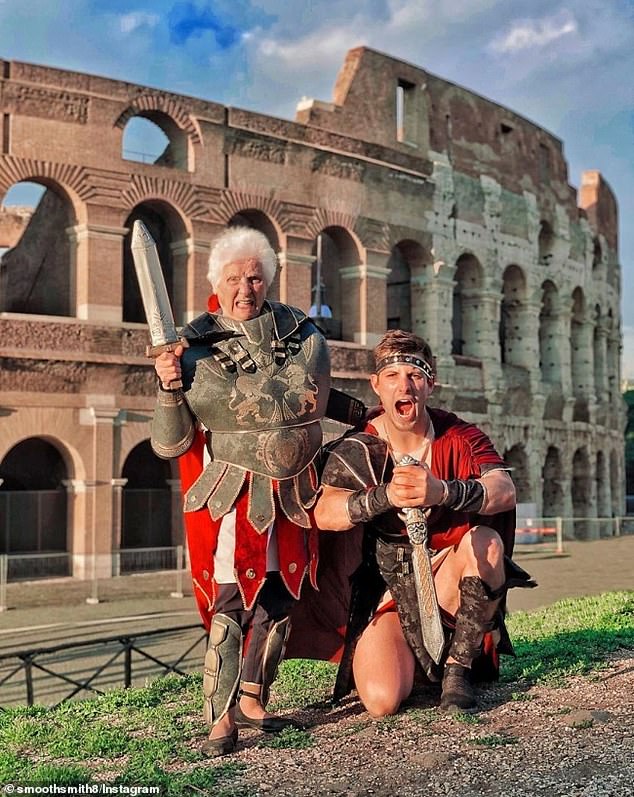 Giving it their all: Ross and Pauline seem to have even dressed up while on holiday as the pair don gladiator costumes in front of what appears to be the Colosseum in Rome, Italy 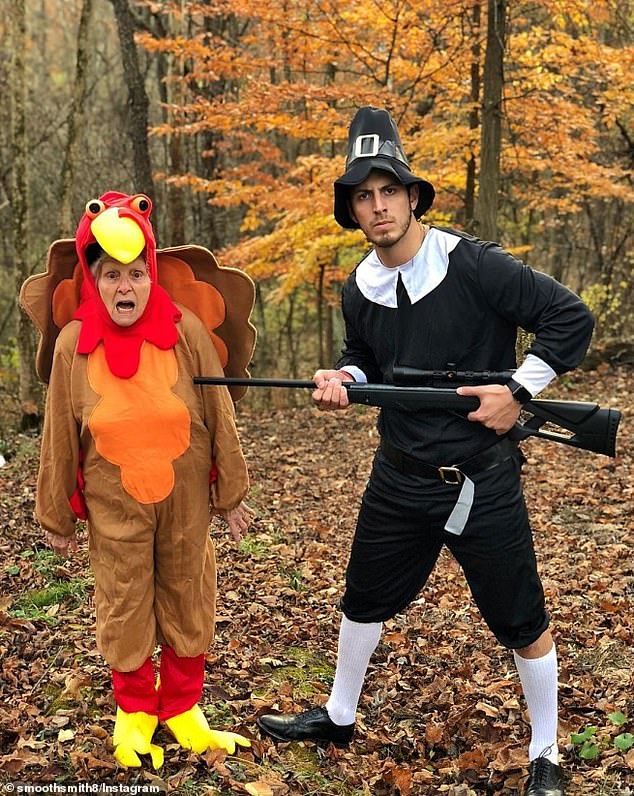 Committed: The duo, pictured in a Thanksgiving-inspired shoot, have 892,000 YouTube subscribers thanks to their amusing matching costumes and equally funny videos 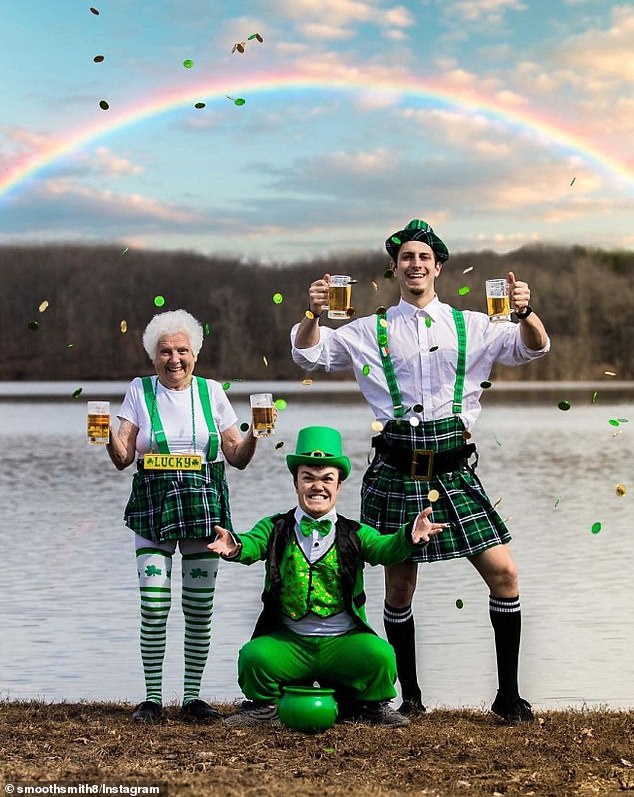 Top of the morning to you: Celebrating St Patrick’s day, the grandmother and grandson were joined by a friend when sporting Irish costumes and colors 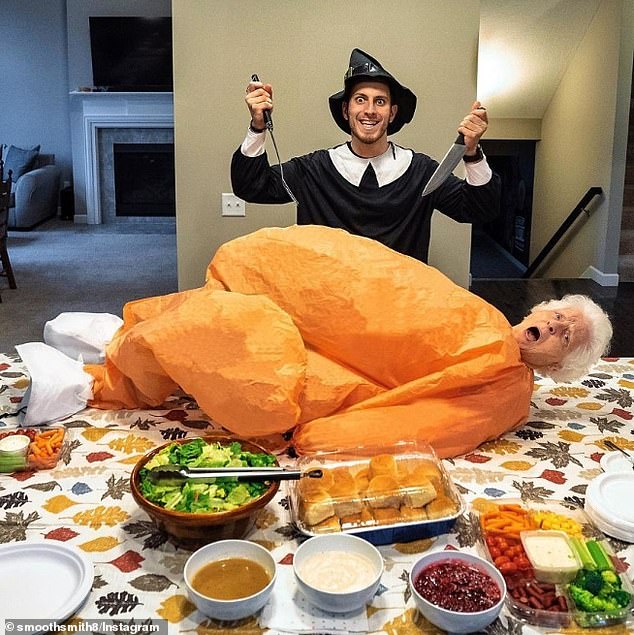 Staying in character: The grandmother appears horrified when sporting a turkey costume, as she is about to be carved into by her grinning grandson 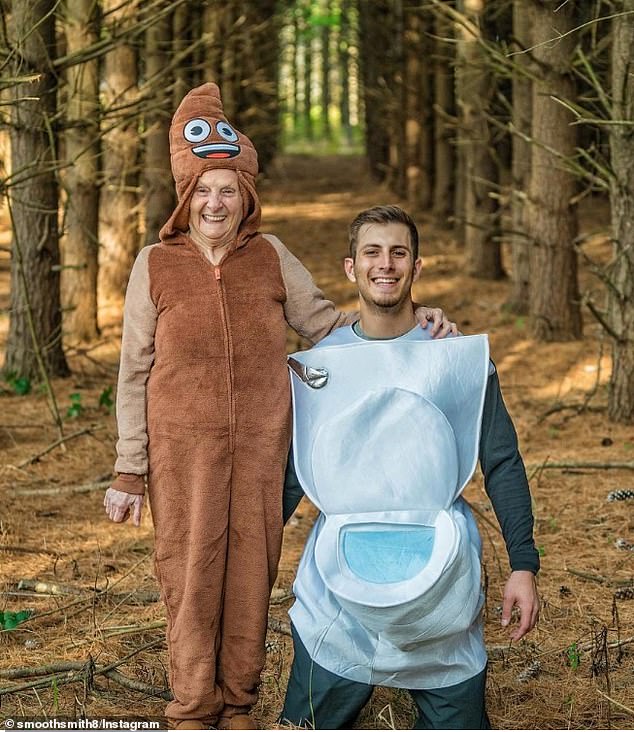 A bit of toilet humor: The pair have been snapping and posting photos to Ross’ Instagram page (@smoothsmith8) for the last six and a half years 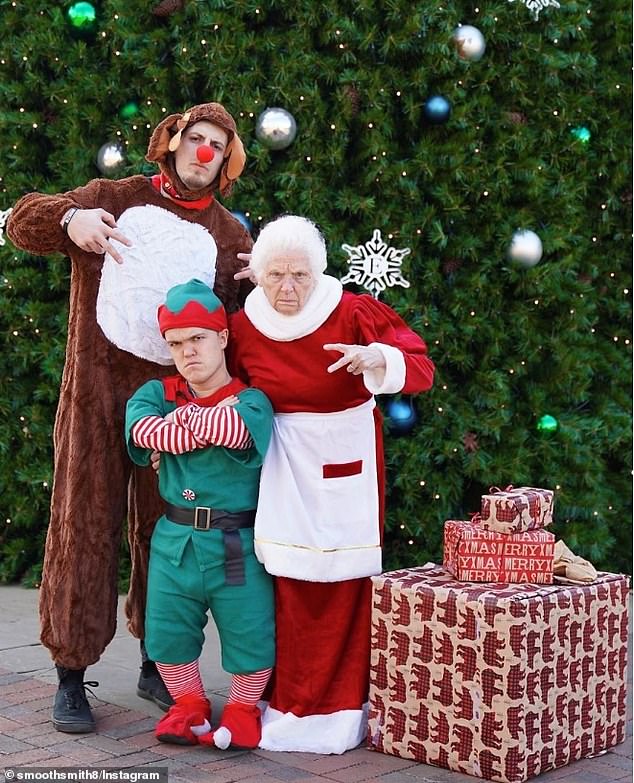 Living it large: Ross and his grandmother, as well as some friends sometimes, as seen above, share funny photos and entertaining videos to his 2.7million Instagram followers