A grandmother claims workers at a McDonald’s bullied and refused to serve her – with her granddaughter now too scared to return.

Tracey Lintern said she visited the Ormeau fast food outlet on the Gold Coast more than a month ago, asking staff to keep her fries warm while she ordered other food.

She then attended the same restaurant last Saturday, and claimed staff mocked and belittled her, before refusing to serve her food.

Ms Lintern was with her granddaughter at the time, who has anxiety and PTSD, who started to cry after the alleged treatment.

‘No one served me, so I just walked out.’

Ms Linter picked up an order of a single hot fries for a friend the first time she visited the McDonald’s.

She had recently moved into the area and was ‘so excited’ there was a McDonald’s nearby.

After arriving she decided to order more food, asking servers to keep the food warm.

When the chips were given to her, Ms Linter said they were cold and asked for a new order, which staff did.

The grandmother then turned up last Saturday, where she claims staff immediately treated her poorly.

‘I was buying dinner for all the family so I decided to go inside with such a large order,’ she said.

‘The same [worker] was on. As soon as she saw me she started to talk about me to other staff members.

‘I wasn’t even at the counter yet, then they all turned around at me to see who she was talking about.’ 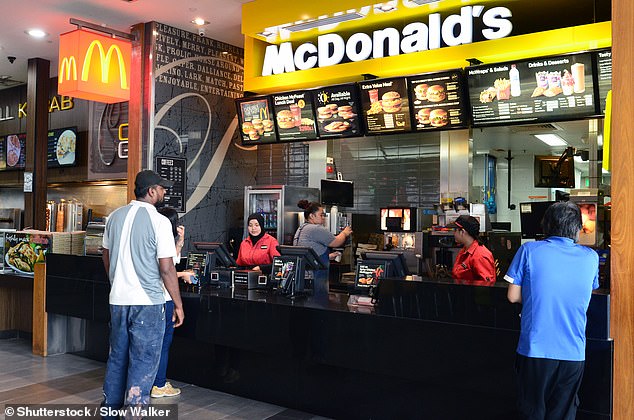 Ms Lintern said a worker alerted other staff, who turned and laughed at the grandmother.

After walking to the counter to complain about the treatment, a female employee said she wouldn’t serve her because ‘last time you came in you were rude’.

The employee then allegedly threatened to call security, prompting Ms Linter’s granddaughter to burst into tears.

‘I was so excited when I moved here that McDonald’s was so close, as I would normally go twice a day, but now I can’t bring myself to go,’ Ms Linter said.

‘Why would you want to go back for that treatment, all over wanting hot chips?’

‘We do not tolerate anti-social behaviour and won’t accept abuse, intimidation, threats or violence towards our employees,’ it said.

‘Our employees have the right to be treated with respect and feel safe in their workplace.

‘We have received the customer’s complaint and it is being reviewed by our team.’