Grandmother died hours after being sent home from hospital

Norah O’Hare from Speke, Liverpool, died on the day she was discharged from hospital

A pensioner who died within hours of being discharged from hospital told her daughter in a heartbreaking phone call: ‘They have finished me off.’

Norah O’Hare, 84, whose doctor feared she had pneumonia, died the same day she was allowed to leave Whiston Hospital in Merseyside.

The pensioner, from Speke, south Liverpool, spent two days in hospital and on the day of her discharge rang her daughter Patricia in despair.

But daughter Patricia said she knew ‘she would never hear her mum’s voice again’ when she said goodbye.

Patricia, who lives in Florida, USA, said: ‘Her [Norah’s] final words to me were: “If your father was alive he would write a letter about what the hospital have done to me. They have finished me off.”‘

The hospital has apologised ‘unreservedly’ to the family after accepting there were ‘shortfalls’ in the care provided to Norah.

Patricia said her mum gave a detailed account of her time in hospital, over the phone and told her how she ‘no longer trusted staff’.

Patricia claims Norah told her she had ‘bruised and swollen ankles from kicking against the metal frame of the hospital bed for attention’ and told nurses she ‘didn’t want excessive amounts of oxygen’.

Patricia said: ‘I spoke to her for about 45 minutes before she died. 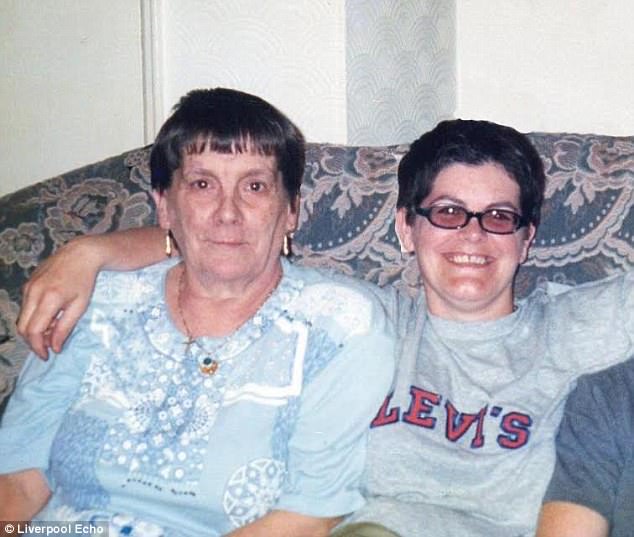 Patricia (right) said her mother (left) gave a detailed account of her time in hospital, over the phone and told her how she ‘no longer trusted staff’

‘I listened as she told me how she had been told by a doctor that she was now stable and could go home and could not understand why they had told her she was okay to go home but yet kept giving her oxygen in high amounts.

‘She said she no longer trusted staff and she just wanted to go home and be with her children.

‘As we said goodbye and hung up the phone I knew I would never hear her voice again.’

Norah was admitted to the emergency department at Whiston Hospital after feeling unwell for a week, with a cough and shortness of breath.

The following day, on January 1, 2016, her family claim she was seen by a consultant, who diagnosed exacerbation of chronic obstructive pulmonary disease (COPD).

Her family claim she was told she could return home with a review from the early support discharge team and she was discharged the following day.

But just hours after her discharge Norah was found dead, with the cause recorded as chronic obstructive pulmonary disease (COPD).

Following her death, Patricia began a claim against St Helens and Knowsley Teaching Hospitals NHS Trust regarding its level of care towards her mum.

Patricia said: ‘Whiston Trust doctors said my mum was fit for discharge yet she was over-oxygenated and semi-comatosed and died within hours of being discharged.’ 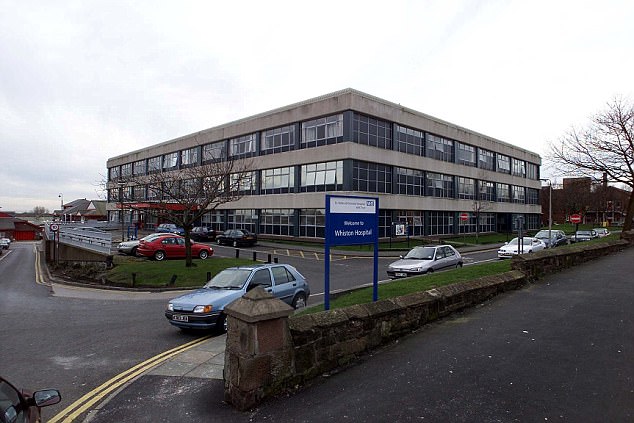 Norah’s family asked Williamsons Solicitors of Hull, East Yorkshire, for help and their case was taken on by clinical negligence solicitor Wayne Walker.

In a letter sent to the family from Ann Marr, chief executive of St Helens and Knowsley Teaching Hospitals NHS Trust, the Trust admitted its care had ‘fallen below the standard Mrs O’Hare was entitled to expect’.

The letter read: ‘It is acknowledged that consideration should have been given to non-invasive ventilation based on blood gas results and that there was poor adherence to the Trust oxygen therapy guidelines.

‘In addition, information should have been provided about your mother’s on-going oxygen requirements when she was discharged.’

The Trust added that it had ‘identified lessons to be learned to improve care and avoid such incidents in the future.’

A spokesman for the Trust said: ‘The Trust strives to provide the best possible care to all of our patients.

‘However, we are committed to being completely open and transparent whenever shortfalls in care are identified.

‘We have apologised unreservedly to Mrs O’Hare’s family and have worked hard to ensure that lessons have been learned.

‘We offer our sincere condolences to the family.’

Patricia said: ‘I brought the claim with the hope that it may prevent future deaths and neglect of our elderly within NHS hospitals.

‘Everyone in Speke knew mum. She was loved and respected and her door was always open to the neighbours.

‘She was a kind and gentle woman who was full of stories of the ‘old days’.

‘Widowed at 49, mum never gave up, she was a strong woman and would always be the first to reach out and consider others before herself.

‘Even when she became older and frail she was the same. Mum’s death has been recorded as COPD which may have been her condition but it was certainly not the cause of her death.’

An inquest into Norah’s death is set to be held by a coroner in October.

The family has recently been awarded £3,500 in damages.