‘We know him now and how he wants to play’: Granit Xhaka confident familiarity can breed success for Arsenal under Unai Emery

Midfielder Xhaka feels having a year of adapting to Emery and his methods under their belts can make a major difference during the forthcoming season.

Arsenal finished fifth and lost the Europa League final last season, missing out on the Champions League, in Emery’s debut campaign in charge. 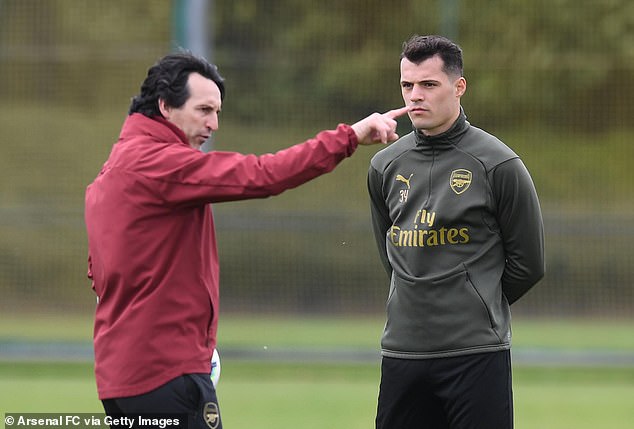 Xhaka said: ‘We know Unai now for one year. We know him, how he wants to play, the philosophy, the ideas.

‘It is not easy if you have a new staff and to take the ideas so fast but now it is the second year, we know what we want, he knows us better than last season.’

There have been encouraging signs for Arsenal during their pre-season tour of America with Emery’s side winning all three of their games ahead of Tuesday’s final warm-up fixture in the States against Real Madrid. 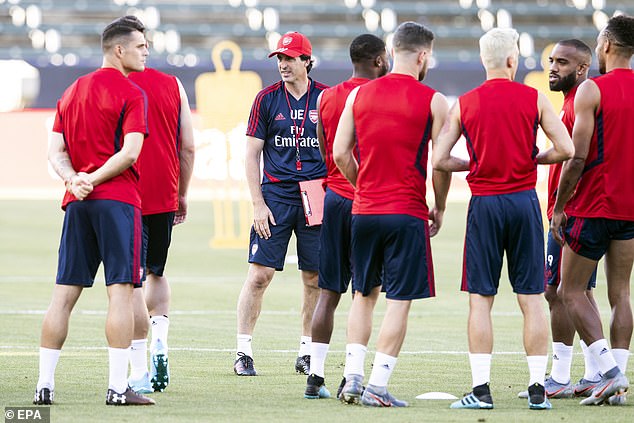 Emery’s (2nd left) team have made an impressive start to pre-season, winning all three games

He said: ‘What is important is to start very well, to take the three points in the Premier League. Last season we lost the first two games and this season it is important to start well.

‘We started pre-season very well, we work very hard we do a lot of tactical things where we were not so good last season. You can see we have a good spirit.

‘We are more and more together now but in the end we have to be ready for the Newcastle game.’