Granit Xhaka has been pictured wearing a knee brace on his right leg as he awaits the results of a scan to determine the damage he sustained in Arsenal’s 3-1 win over Tottenham on Sunday.

The Switzerland international was forced off with a knee injury after being caught from behind by Lucas Moura in the build-up to Son Heung-min’s second-half goal.

Xhaka shared a clip of himself on Instagram wearing a ligament protecting knee brace as his little girl played nurse to her injured dad.

The 28-year-old sustained the injury after being fouled by Lucas Moura in the build-up to Tottenham’s only goal of the game.

The severity of the injury was heightened as Xhaka was facing in the opposite direction when the impact took place. He immediately dropped to the ground and later received medical treatment.

Xhaka was subsequently replaced by Albert Sambi Lokonga – leaving the Gunners boss sweating over his fitness. 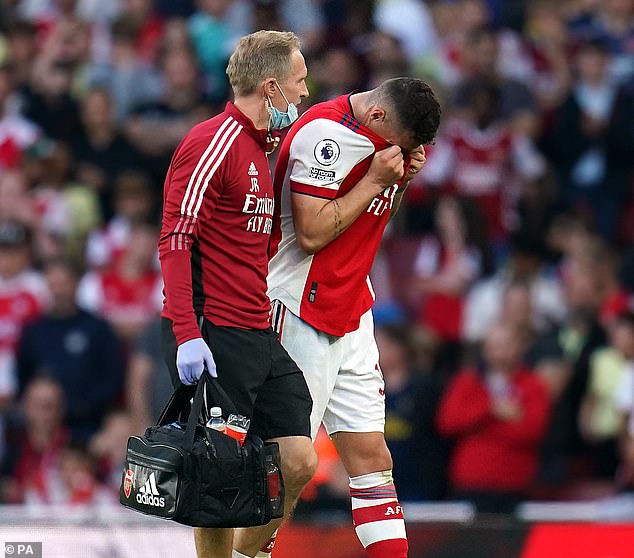 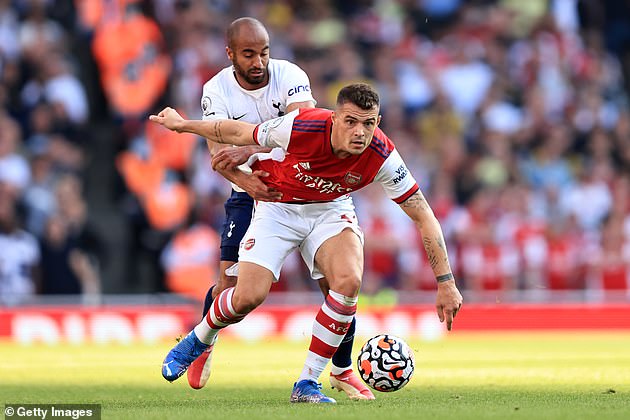 Speaking about the severity of the Switzerland international’s injury in his post-match conference, Mikel Arteta said he is not feeling ‘positive’ about the state of Xhaka’s injury.

He said: ‘Unfortunately he got an injury and I’m pretty worried because it doesn’t look very positive at the moment.’

Xhaka’s injury will come as a blow to the Arsenal squad. He has become a near constant presence in Arsenal’s midfield since he arrived from Borussia Monchengladbach in 2016. 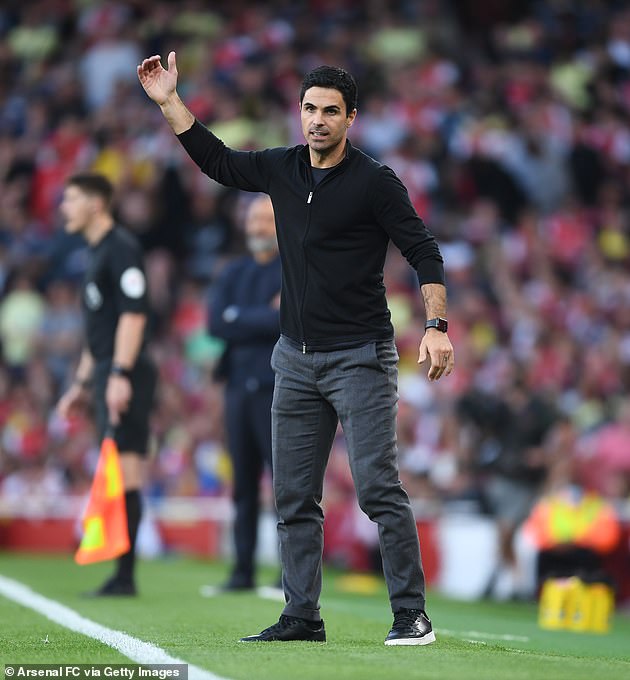 The 28-year-old is one of the only players to have featured in both of their 2017 and 2020 FA Cup final victories.

Nevertheless, Arsenal did manage to hold onto their 3-1 win over Tottenham after Xhaka was forced off injured on Sunday.