Gran’s tumour shrinks to eighth of size with CANNABIS oil

A grandmother-of-ten has claimed her cancerous breast tumour has shrunk to an eighth of the size since she started taking cannabis oil.

Lin Coxon was told she needed aggressive treatment – including eight rounds of chemotherapy – but has now opted to not have it.

The 69-year-old’s cancer had also spread to her lymph nodes and she has said these have now reduced by more than half.

Her case is being studied by medical researchers to see if it offers hope to others battling cancer. Scientists at St George’s, University of London, say they are studying her with interest.

Lin, from Derby, said: ‘Going public with this was a big decision but I do not feel I can morally keep this to myself any longer.

‘I cannot say cannabis oil will work for anyone else but my experience would seem to show it is worth trying.

‘I feel people have nothing to lose especially if they are waiting for chemotherapy.’ 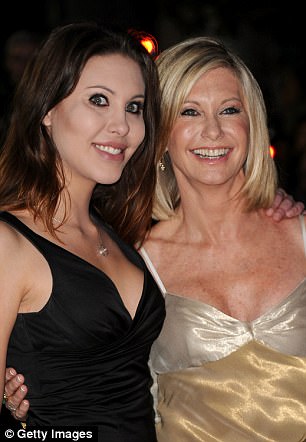 Olivia Newton-John, pictured with daughter Chloe Lattanz, plans to use cannabis oil as part of her treatment for breast cancer

Lin is one of a number of cancer patients providing anecdotal reports that medical cannabis oil has improved their prognosis.

Studies suggest cannabis compounds may kill certain malignant cells in the lab. However, experts warn there is no definitive proof yet of its effects on cancer in humans.

In June, Olivia Newton-John’s daughter recently revealed that her mother will be treating her second breast cancer diagnosis with medicinal marijuana, along with traditional treatment.

‘I had nothing to lose’

On June 28, Lin was told by doctors at the Royal Derby Hospital that her breast lump measured 33mm and that it had invaded nearby lymph nodes and muscle.

They said she would need intensive chemotherapy followed by a lumpectomy and the removal of all the lymph nodes. This would then have to be followed by radiotherapy.

But while waiting for her chemotherapy to start, Lin began researching the condition and read other cancer patients reporting that cannabis oil had helped them, including the case of Asda worker Karen Roberts which she read about in her local paper the Derby Telegraph.

Lin bought the same cannabinoid oil as Karen – which is legal and sold without the psychoactive component that causes a high – at a health shop and began taking it while waiting for her chemotherapy to start on August 26. 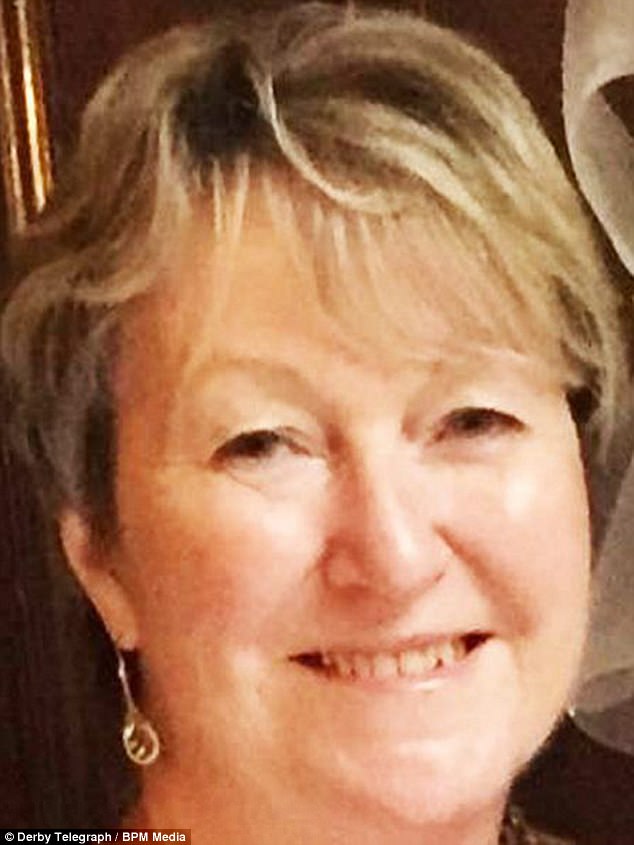 Researchers at St George’s, University of London, are studying Lin’s case with interest

She now claims it has shrunk the tumour so much she has chosen not to have any medical intervention, although doctors have advised she does.

Lin said: ‘Obviously it was a major shock but I did some reading in the days that followed and saw there were reports that cannabis oil, which is available as a food supplement, could have beneficial effects so I decided I had nothing to lose.

‘By July 24 I could not feel the tumour, before it had felt hard. With my chemotherapy due to start on August 23 I asked if I could have another scan but the hospital said no, so my GP suggested I had it done privately which I did on August 21.

‘The doctor at the Nuffield Hospital was staggered when he saw the tumour had shrunk from 33mm to 11mm and my lymph nodes had gone from 25mm to 10mm.

‘He did a mammogram and saw the whole density had changed which was amazing news, so as it was shrinking so dramatically I spoke to my consultant and deferred the chemotherapy.’ 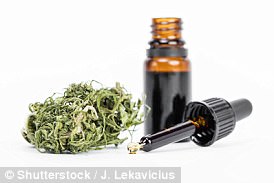 A compound in cannabis is ‘significantly’ effective in destroying cancerous tumours in leukaemia, research suggests.

A new study found that combining existing chemotherapy treatments with cannabinoids – the active chemicals in cannabis – had better results than chemotherapy alone.

The findings suggest that a lower dose of chemotherapy can be used on patients, minimising side effects of the treatment, say researchers.

Furthermore, scientists discovered that order the treatment was administered was crucial – using cannabinoids after chemotherapy resulted in a greater death of the blood cancer cells.

Lead author of the study, Dr Wai Liu, from St George’s, University of London, said: ‘We have shown for the first time that the order in which cannabinoids and chemotherapy are used is crucial in determining the overall effectiveness of this treatment.’

Lin said she is continuing to take the cannabis oil and the tumour is still shrinking.

‘The tumour is now down to 7mm with no medical treatment and the lymph nodes are down to 4mm.

‘The clinician at the Royal Derby said I should still have chemotherapy but I said I didn’t want to as things were moving in the right direction.

‘I asked my consultant if he would still be happy to monitor me and he said he would.’

Lin pays £39 for a bottle. She has a few drops each day and a bottle lasts her ten days.

The key to defeating cancer?

Cannabis oil has not yet been approved for use on the NHS – but is readily available to buy online as a food supplement.

It has been widely reported to help other conditions such as arthritis, depression, MS and other illnesses.

Research into the health benefits of taking cannaboids – particularly for cancer – is currently being undertaken at St George’s, University of London, and the experts there have been in contact with Lin.

‘Cannabidiol, which is just one element of the cannabis plant and one that does not have any psychoactive effect on people, has been shown to target communication signals that are malfunctioning in cancer cells.

‘It is thought that by correcting these signals we can enable cancer cells to essentially die rather than duplicate. So it may hold the key to understanding how to defeat cancer in some areas.

‘We at St George’s, University of London, have shown how this can be done. Although our data has mainly been laboratory- based, we have a growing and large collection of testimony from patients using cannabidiol, usually in a cannabis oil type product, who report positive effects on their battle with this dreadful disease.

‘Lin’s story is one that adds to this growing list and we wish her all the best in her treatment which should always be under the supervision of her doctors.’ 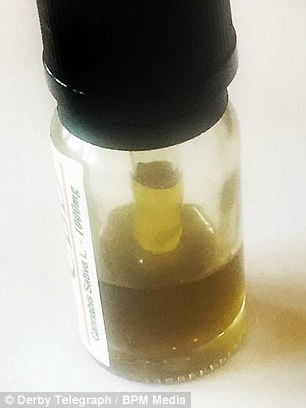 Lin, who works as a personal assistant to South Derbyshire MP Heather Wheeler, said she was inspired after reading about how Karen Roberts, of Stenson Fields, who was described as ‘terminally ill’ with non-hodgkinson lymphoma, took the oil and turned her health around.

Karen said she was sent home by the hospital to die as they said there was nothing else they could do for her – just after she lost husband Garry to leukaemia in 2015.

The hospital took away her medicine so she took the oil to initially relieve her pain – but it helped her health improve and she is now in remission.

Karen said: ‘I wasn’t bothered at the time, I had lost Garry and was ready to go myself but my kids had read about the oil online and persuaded me to try it. That was two years ago I haven’t looked back since.

‘I was sent home to die but am still very much here and am due back at work in Asda in March and am looking forward to it.

‘Lin spoke to me about what I did and I told her – I am so glad she is doing so well.’