Grant Shapps: Book a summer holiday at your own risk

The Government’s holiday guidance was plunged into chaos today after Grant Shapps said it is for individuals to decide whether to book a foreign trip – despite Matt Hancock insisting summer vacations will not be possible this year.

The Transport Secretary suggested people could book at their own risk as he said they ‘will just have to take a view on where we will be at some point in the future’.

But his comments appeared to contradict those of the Health Secretary who said yesterday it is ‘likely to be the case’ that summer holidays will be off limits.

Mr Shapps’ remarks appear to leave would-be holidaymakers in limbo, unsure whether they should or should not book a trip.

It came amid claims that people who have already booked a holiday are being ‘bullied’ by firms into handing over thousands of pounds for trips which are unlikely to go ahead.

Grant Shapps, the Transport Secretary, said today that ‘people will just have to take a view on where we will be at some point in the future’ when it comes to booking holidays 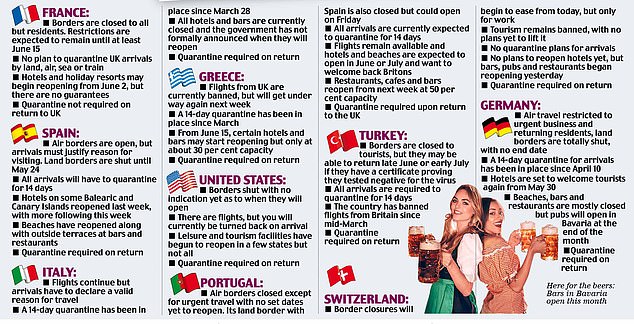 Off limits: Hopes of traditional family breaks have been dashed for thousands of sunseekers and adventurers. Here are the restrictions the top destinations have put in place

‘We WILL have a summer tourist season’: EU vows to lift borders and enable holidays on the continent in boost for families hoping to get away

The EU has urged member states to ease travel restrictions as soon as possible to kick-start the continent’s ailing tourism industry in time for the summer holidays.

All forms of transport should be restarted ‘as a matter of priority’, the European Commission said Wednesday as it laid out a guide for helping people to travel safely.

The recommendations include requiring travellers to wear masks, limiting passenger numbers, and reorganising airports and stations to maintain social distancing.

‘We will have a summer tourist season,’ the EU’s economic commissioner Paolo Gentiloni insisted ahead of the announcement, ‘but with security measures’.

Mr Shapps said a Foreign Office ban on all but essential international travel remains in place so ‘right now you can’t book’ a holiday.

But he left the door open to people booking trips in the future as he said decisions would ultimately have to be made by individuals.

‘People will just have to take a view on where we will be at some point in the future,’ the Transport Secretary told BBC Breakfast.

‘We have set out on that road map where we hope to be. We don’t know whether the virus will respond as we hope because it depends… how closely people adhere to the rules.

‘Of course, we are all desperate to get the world back to normal, be able to go about our lives, go on holiday and all the rest of it.

‘But we can only do that in small steps and I think when Matt Hancock, the Health Secretary, commented on this yesterday he was pointing out the obvious which is right now the rules, or the Foreign Office advice, is against foreign travel.’

Asked directly if people should book a holiday or not, Mr Shapps replied: ‘I am saying right now you can’t travel abroad.

‘If you are booking it then you are clearly by very nature taking a chance of where the direction of this virus goes and therefore where the travel advice is in the future.

‘So you know that is not something that people would want to take lightly of course.’

Mr Hancock yesterday said it is ‘just a reality of life’ that breaks abroad would be impossible for the foreseeable future after the government announced returning travellers will soon be required to spend 14 days in quarantine.

Asked whether ‘summer was cancelled’, Mr Hancock told ITV’s This Morning: ‘I think that’s likely to be the case.

‘I think social distancing of some kind is going to continue and I think the conclusion from that is that it’s unlikely big, lavish international holidays are going to be possible for this summer. I think that’s just a reality of life.’

Countless holidays have been cancelled since the Foreign Office advised against all but essential travel in March.

With no end date in sight it is highly likely that many families will be unable to go abroad this year.

Despite this, scores of readers told Money Mail they are still being asked to pay more money for trips they are certain they won’t be able to take.

Rory Boland, editor of Which? Travel, criticised the Government’s handling of the situation, saying the restrictions were ‘incredibly confusing for UK travellers’.

‘The 14-day quarantine for people returning into the UK makes it impractical for people to take holidays as the quarantine period is longer than most holidays themselves,’ he said.

‘I don’t think people will be going to Greece this summer even if they don’t have to quarantine when they get there, it’s just not practical. We need clear guidance.’ 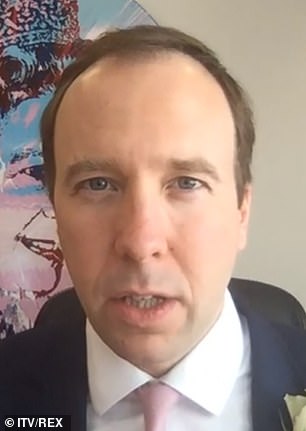 Grounded: Pensioners Avril and Peter Brewer, from Chelmsford, Essex, had planned to treat their son, his wife and their two young children to a once-in-a-lifetime holiday to Florida 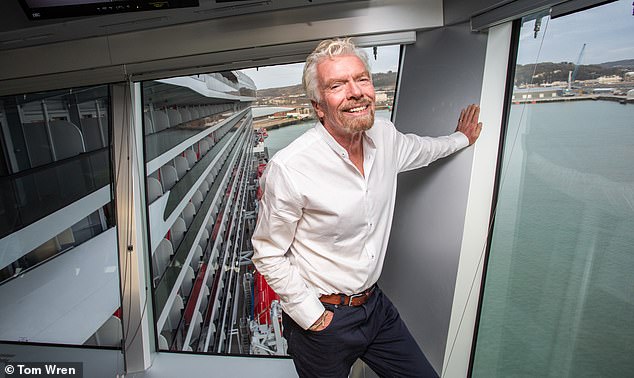 But Avril, 71, a former office administrator, says she is unable to reach Richard Branson’s Virgin Holidays as the customer service helpline will deal only with customers travelling within the next 72 hours

Many travel firms take a deposit upfront and then ask for the remaining balance nearer departure dates.

If customers choose to cancel and not pay the balance, they stand to lose their deposit. It means that disappointed holidaymakers, including many who have lost their jobs or who are vulnerable to the virus, are now faced with a difficult decision.

They can refuse to pay and sacrifice their deposit, plus fork out to cover a cancellation fee. Or they can pay the balance and hope they can get a refund when the trip is cancelled.

However, as Money Mail exposed last month, customers are routinely being refused a cash refund and instead forced to accept vouchers or credit notes for cancelled holidays.

Pensioners Avril and Peter Brewer, from Chelmsford, Essex, had planned to treat their son, his wife and their two young children to a once-in-a-lifetime holiday to Orlando, Florida, in August.

They paid £1,075 for a package holiday with Richard Branson’s Virgin Holidays last April, which included flights, a hotel, car hire and tickets to Disney World.

The remaining £13,091 balance is due on May 20, but the family wants to rebook for August next year instead.

However, Avril, 71, a former office administrator, says she is unable to reach Virgin as the customer service helpline will deal only with customers travelling within the next 72 hours.

And, according to the firm’s terms and conditions, if the balance is not paid in full and on time, it reserves the right to treat the booking as cancelled, which means charges apply and the deposit will be withheld.

Avril says: ‘We just don’t know what to do. We do not want to pay the £13,091 balance as we don’t know what will happen to Virgin or our money. But we cannot get through to anyone.

‘Virgin is letting its customers down and we are disgusted.’

Dianne McLaren and her partner Phil Hudson are also struggling to get hold of Virgin Holidays. The couple, from Harrogate, had paid a £985 deposit in November towards a coach trip around the U.S. and Canada, planned for August.

She says: ‘We are in a dilemma. We do not want to pay the balance because I am worried we stand to lose £5,000.

‘But if we do not pay, we lose the deposit plus cancellation fees. And we are not getting any help from Virgin.’ 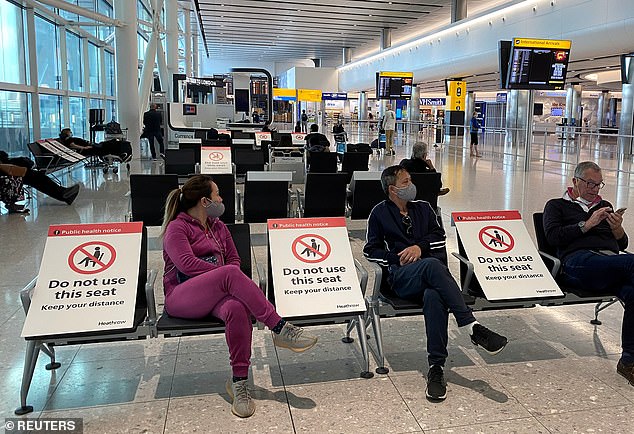 The Foreign Office first advised against all but essential travel in March, and the Government has now announced a 14-day quarantine for all international arrivals into Britain

As part of this it said it would be considering complaints about holiday providers which fail to give refunds to customers who are forced to cancel trips due to the restrictions that apply during lockdown.

However, this won’t help people who are being asked for money now.

Whether or not you are entitled to a refund of your deposit if you cancel will come down to the terms and conditions of your contract.

Martyn James, of online dispute service Resolver, says: ‘It’s clear that some holidaymakers are being bullied into paying in full for holidays that might not even go ahead.

‘This is concerning in light of the statement from the Competition and Markets Authority about refunds and cancellations.’

He adds that the best thing holidaymakers can do is to ask for a delay to the date by which you need to make your final payment.

Or find out if the firm will consider allowing you to rebook for later. If it says you will lose your deposit if you do not pay the balance in full, ask for this in writing.

Independent travel expert Frank Brehany says that if you have booked a package holiday you have additional rights under the UK Package Travel Regulations.

You should be able to claim your money back if the holiday is cancelled due to unavoidable or extraordinary circumstances, including ‘significant risk to human health, such as the outbreak of a serious disease at the travel destination’, explains Mr Brehany.

Virgin Holidays has confirmed that those travelling between June 1 and September 30 may now rebook holidays for free until December 31, deferring the balance payment due date.

Those with upcoming balances to settle will be contacted directly.

A spokesman says Virgin is doing its best to support customers, but that it must work through requests in order of departure date.