An argument between two women has reportedly led to a violent wedding brawl that led to the riot squad being called and saw three police officers attacked.

The shocking incident occurred in the early hours of Sunday more than an hour after guests had spilled out of the Grand Royale function centre at Granville, in Sydney.

Police were first called after a fight broke-out on the street involving two guests from the nearby wedding.

When they arrived they were allegedly set upon by a teenage girl who reportedly hit a female officer in the face, before a 27-year-old woman allegedly scratched at one officer and kicked another in the leg. 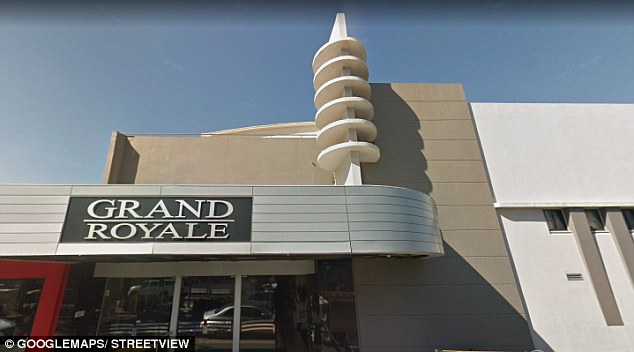 Three police officers were allegedly assaulted during the brawl after the wedding at the Grand Royal function centre (pictured) in Granvile, western Sydney

However a witness claimed the shocking incident had occurred after an argument in the street over a mutual male friend.

‘Police were called and then when they got there there was two women fighting on the street,’ the witness, who did not want to be named, said.

‘A female officer tried to calm one of them down and she got punched and then other officers tried to break it up and they were attacked too.

Initial reports suggested the scuffle had occurred during the wedding inside Grand Royale, but venue manager George Farag denied this. 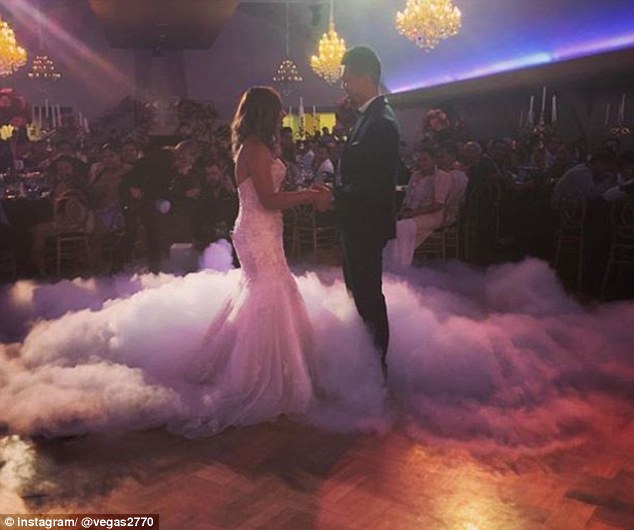 Mr and Mrs Vui (pictured)celebrate in front of hundreds of guests on Saturday night. Just hours later two women from the wedding were allegedly involved in an altercation with police

He claimed the wedding had been over for more than an hour and the entire venue was empty when the fight broke out further up the street.

The teenage girl allegedly involved in the altercation was arrested and taken away to Auburn Hospital with minor injuries.

She was soon released and a police investigation into her involvement in the incident is now underway.

The 27-year-old woman was charged with two counts of assaulting a police officer and will appear in court at a later date.

It is not suggested anyone pictured was involved in the alleged incident.