The iconic film Grease is making a return to the big screen in the wake of Olivia-Newton John’s recent passing.

Earlier this week, AMC Theatres announced its going to show the classic 1978 movie that starred Newton-John as Sandy and John Travolta as Danny at 135 of its locations around the country this weekend to raise money in the fight against breast cancer.

‘To honor the late Olivia Newton-John: many of our U.S. theatres this weekend will show her classic 1978 hit movie Grease, again on the big screen,’ AMC Theaters CEO Adam Aron tweeted out, adding, ‘An inexpensive $5 admission price, and through our charity AMC Cares we will donate $1 per sold ticket to breast cancer research.’

Grease was once the highest-grossing musical film of all-time, eclipsing a record held by The Sound of Music by grossing more than $366 million on just a $6 million budget.

The movie’s record was trumped after the release of Les Misérables in 2012, which went on to rake-in $441.8 million at the box office on a $61 million budget.

The musical romantic-comedy received mostly positive reviews from film critics and is considered by many as one of the best films of 1978.

The legacy of the film was solidified even further when the Library Of Congress announced it would be added to the National Film Registry in 2020. 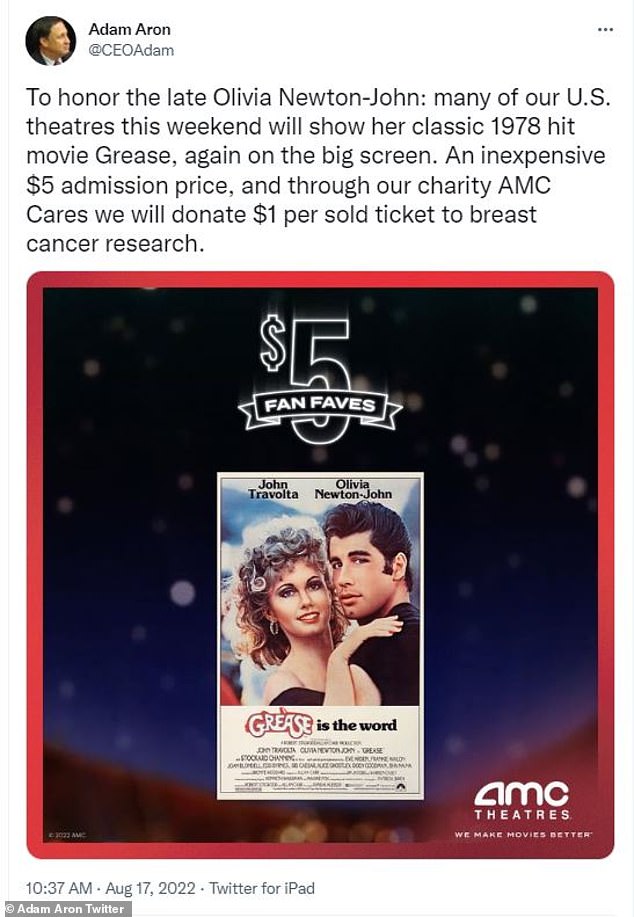 Tribute showings: AMC Theaters CEO Adam Aron announced the return of the original Grease film to 135 of its locations around the country this week, in honor of Olivia Newton-John; portions of the showings will be donated to breast cancer research

The success of Grease, which was based on the 1971 musical of the same name by Jim Jacobs and Warren Casey, and written by Bronte Woodard with an adaption by Ala Carr, led to its sequel, Grease 2, starring Michelle Pfeiffer and Maxwell Caulfield in the lead roles.

A series based on the movie titled, Grease: Rise Of The Pink Ladies, and a prequel called Summer Lovin are reportedly in the works for the Paramount+ streaming service.

Newton-John was 73-years-old when she passed away on August 8 at her beloved ranch in the Santa Ynez Valley of California.

She was diagnosed with breast cancer three times during her lifetime, beginning in 1992. 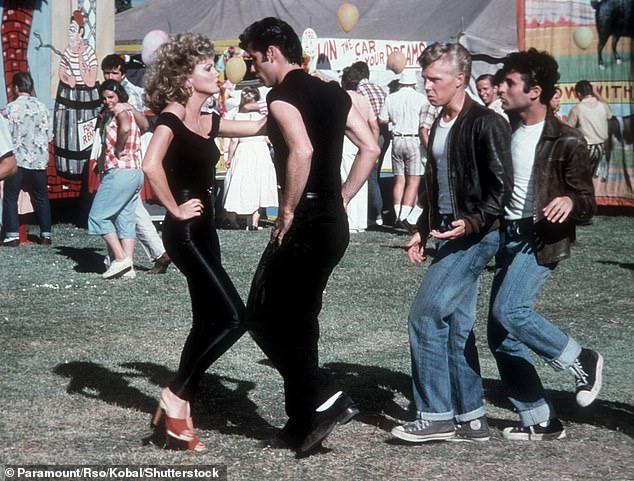 Bonafide hit: Grease was once the highest-grossing musical film of all-time, eclipsing a record held by The Sound of Music by grossing more than $366 million on just a $6 million budget 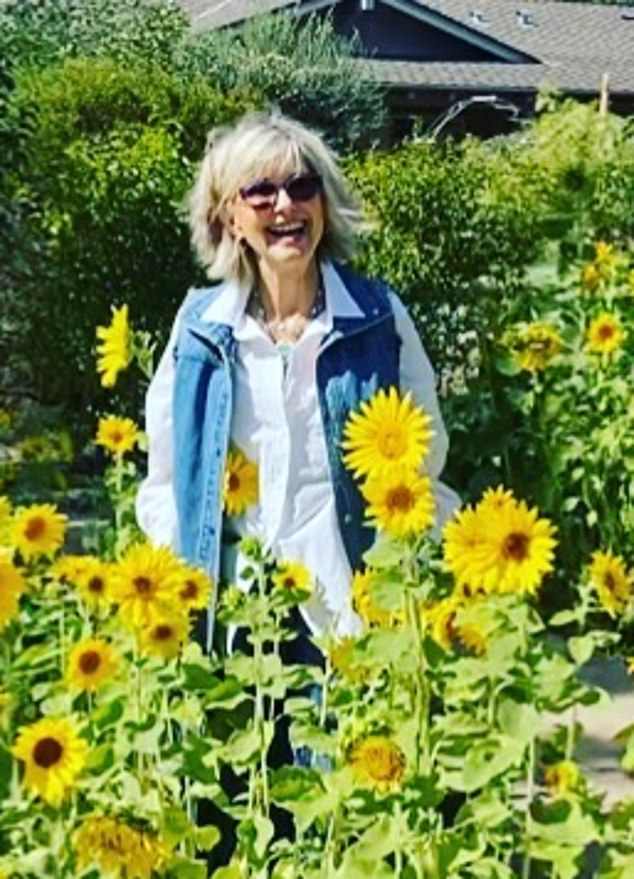 RIP: The singer and actress passed away at her beloved ranch in the Santa Ynez Valley of California on August 8; she is seen in a more recent Instagram photo

In the wake of her first recovery, the actress and singer became an advocate for breast cancer research and other health issues.

More than 25 years had gone by when she made the shocking announcement that she had again been diagnosed with breast cancer. It was during this time that she revealed she had a previous recurrence of the disease in 2013, but had decided to keep the news private.

The If You Love Me, Let Me Know star revealed that her third diagnosis in 2017 had metastasized, spread to her bones, and progressed to Stage IV.

Newton-John, who also had a chart-topping career as a singer, leaves behind her husband, John Easterling, whom she married in 2008, and her daughter Chloe, 36, whom she shared with her first husband Matt Lattanzi. 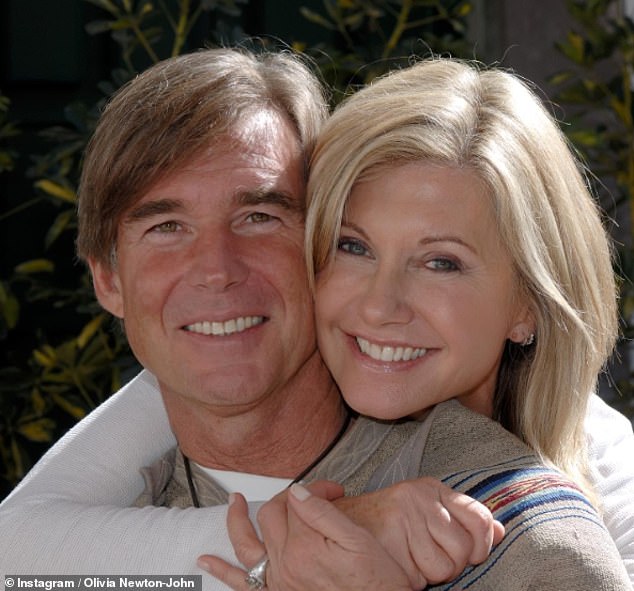 Farewell: Newton-John leaves behind her husband, John Easterling, and daughter Chloe, whom she shared with her first husband Matt Lattanzi; she is pictured with Easterling