Judging from her Instagram page – which is filled with pictures of her cycling, rowing and skiing – she seems an unlikely Bake Off champion.

And this year’s winner Sophie Faldo, who is currently training to be a stuntwoman, certainly proved to be a dark horse through the competition.

The former army officer, 33, from Surrey, has previously described her motto as ‘Train hard, fight easy’ – an attitude she certainly carried over during her time in the Bake Off tent.

Sophie says that her obsession with baking began after she got her own kitchen for her first time, explaining how she hasn’t looked back since baking a birthday cake for a friend.

But her stint on the Channel 4 show has not gone without controversy, after it was reported that she was being investigated for benefits fraud.

Ex-army officer Sophie Faldo, 33, is on paper an unlikely winner of The Great British Bake Off. It was her chef boyfriend David Slattery (right) who encouraged her to apply

Before appearing on the series, Sophie revealed it was her chef boyfriend David Slattery, who works at the prestigious Palm Hotel restaurant in Dubai, who encouraged her to apply for the show.

Speaking to the Radio Times, she explained that an interest at starting a patisserie course had led to David signing her up for the show.

‘I had been looking at going on a course for a while at a patisserie college as it’s something I love doing but I couldn’t really afford it,’ she said.

‘I saw they were accepting applications and before I knew it, David had started applying.’ 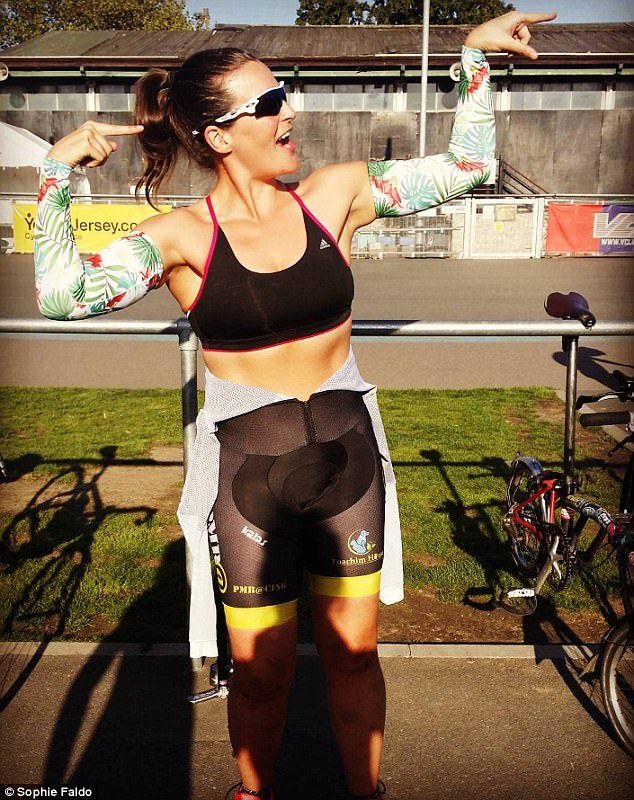 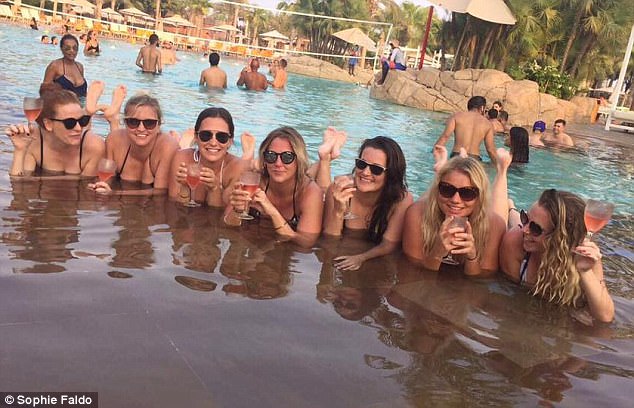 Describing how Bake Off compared to her day job, she told the Radio Times: ‘Walking in to that tent first time is so much harder than training to be a stunt woman.

‘For that, we have been doing everything from rock climbing to equestrian but there is just so much pressure baking in the tent.’

Sophie graduated with a masters in psychology while studying at the University of Toulouse in France before joining the British Army.

After serving in the Royal Artillery as an officer, she left and moved to Surrey with her boyfriend David and their pet Loki. 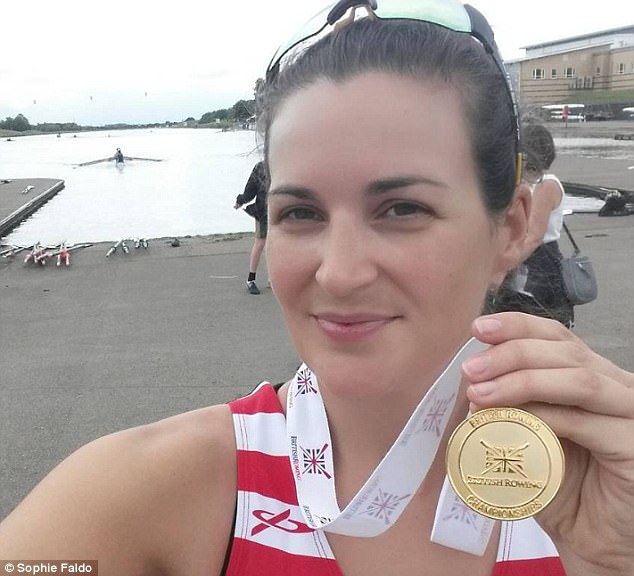 Sopihe is also a keen rower, winning a medal at the British Rowing championships last year 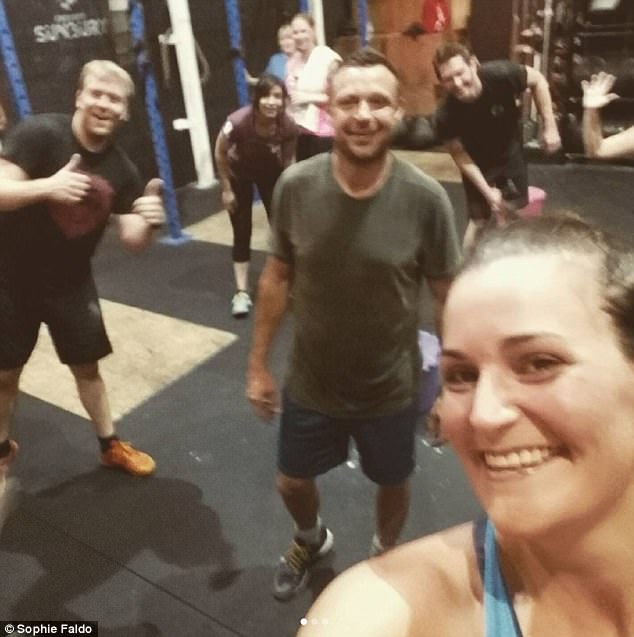 Despite her obsession with fitness, Sophie – who is training to be a stunt woman – began her baking journey after getting her own kitchen for the first time

Sophie is also a keen track cyclist, explaining that she got into the sport after becoming injured.

On her online profile, she writes: ‘I started cycling to rehabilitate myself from a back injury when I was a full time rower. My back took longer to heal than I thought and it turned out that I preferred cycling anyway.’

Already a winner, Sophie picked up a gold medal for the sprint at the National Track Masters Champs after only having cycled for a few months, describing it as her ‘proudest moment’ yet – although that is likely to have changed since her Bake Off Win.

Sophie’s life will no doubt change forever after winning series eight of the Bake Off, with previous winners going on to win lucrative book deals and even having their own television programmes.

However, she will have to move past the suggestions that she wrongly claimed single-person’s allowance while living with her partner. 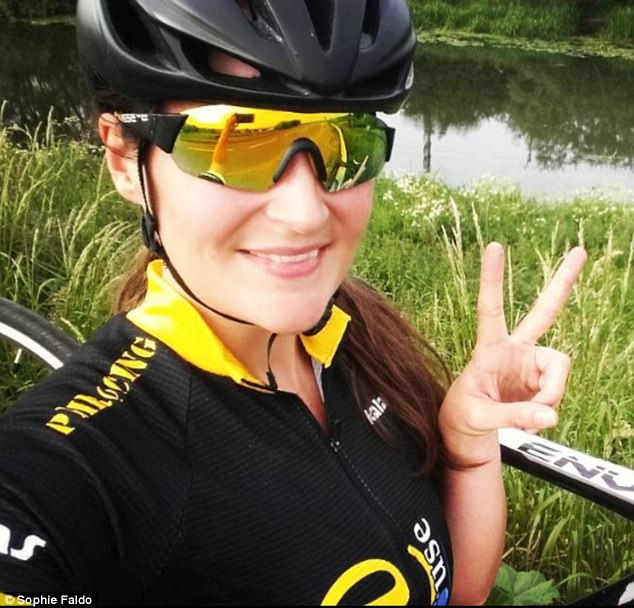 Sophie explains that her motto is ‘Train hard, fight easy’, an attitude she seems to have applied to her time in the Bake Off tent 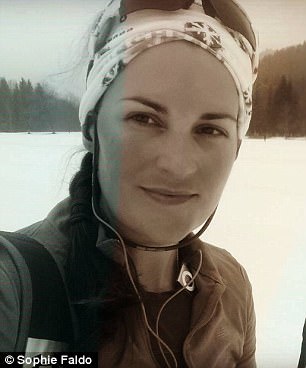 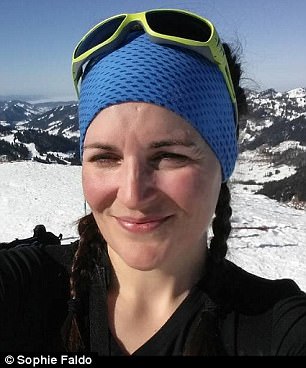 The fitness fanatic’s life will no doubt change forever following her Bake Off win, with previous winners going on to win lucrative book deals

It is believed an investigation was launched after the authorities saw her living situation noted on her Bake Off biography page.

Benefits claimants can get more money if they say they are single rather than living with a partner.

A source told The Sun: ‘She is being investigated for benefit fraud. She has been saying her partner doesn’t live with her – but he does. They have been caught out.’

The official Great British Bake Off site states: ‘Sophie grew up in Suffolk and now lives in Surrey with her boyfriend David and cat Loki.’

In response to the claims, a Bake Off spokesman told the newspaper: ‘Sophie has recently declared a change in her circumstances to the DWP.

‘A meeting to reassess her situation, scheduled for last Friday, was postponed by her local job centre until next week. Any suggestion of benefit fraud relating to Sophie is ­categorically untrue.’ 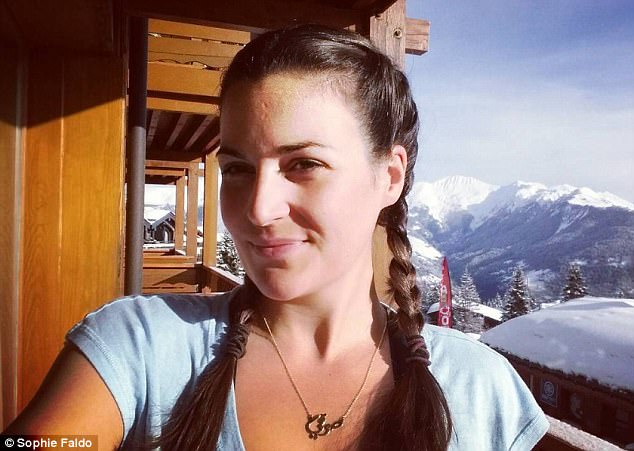 Sophie’s stint on the Channel 4 show has not gone without controversy, after it was reported that she was being investigated for benefits fraud 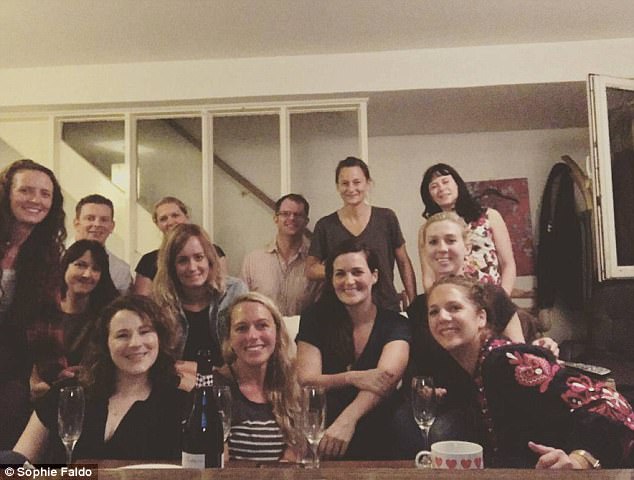