Great British Bake Off final the closest contest yet

The final of the Great British Bake Off is set to heat up quite literally tonight as the last three contestants battle against each other in sweltering conditions to see who will win.

FEMAIL has been given an exclusive preview of tonight’s nail-biting final on Channel 4, and it looks set to be the most stressful ever.

Plenty goes wrong as the final three bakers, Kate Lyon, Sophie Faldo and Steven Carter-Bailey, bake their way through their last ever challenges, including a tray that doesn’t fit in the freezer, a few cracks, and soaring temperatures.

All the bakers struggle to keep their cool during tonight’s nail-biting Great British Bake Off final – even the usually unflappable Sophie, who tries a bit of yoga as she waits for one of her bakes to finish cooking in the oven 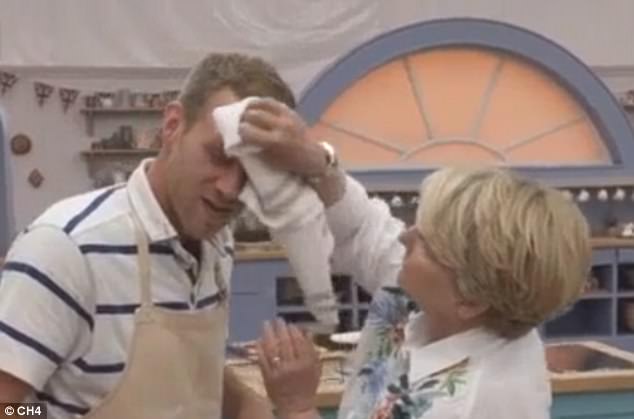 The temperatures soar to the high 20s in the tent tonight, but luckily the bakers have presenter Sandi Toksvig on hand to help mop their brows

Without spoiling the results or the nature of the challenges for readers, we can reveal that the final round is described by judge Paul Hollywood as ‘the most unforgiving showstopper in bake off history’.

The decision as to who will win was also described by Paul and Prue Leith as one of the closest ever – though it won’t be so close for fans for whom the decision has been spoiled by Prue’s erroneous congratulatory tweet to the Bake Off winner today.

The challenging nature of the bakes in the final take their toll on the three finalists, with Steven having to resort to some breathing techniques to calm himself down in the last showstopper round.

And former Army officer Sophie Faldo even resorts to a spot of yoga to try and keep herself zen – before collapsing to the floor in a fit of hysterical giggles. 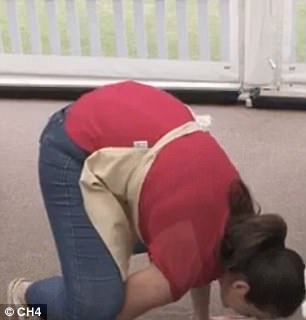 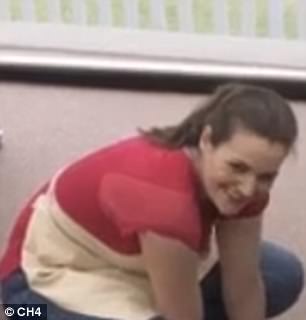 Sophie tries a yoga pose as she kneels in front of her oven during one of the challenges. She manages to stand on her hands with her feet on the floor for a few seconds before collapsing to the ground in a fit of hysterical giggles 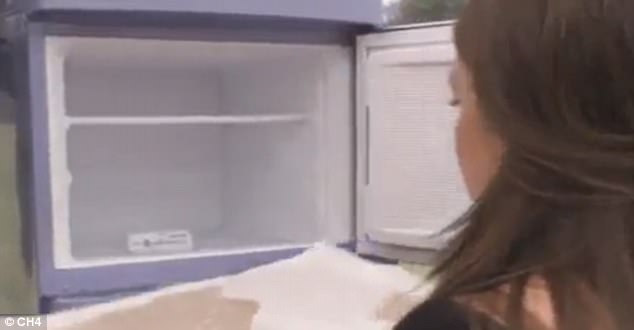 Kate has a tricky moment when she realises her large baking tray won’t fit in the freezer during the tricky Technical Challenge. She has to resort to breaking her bake in half 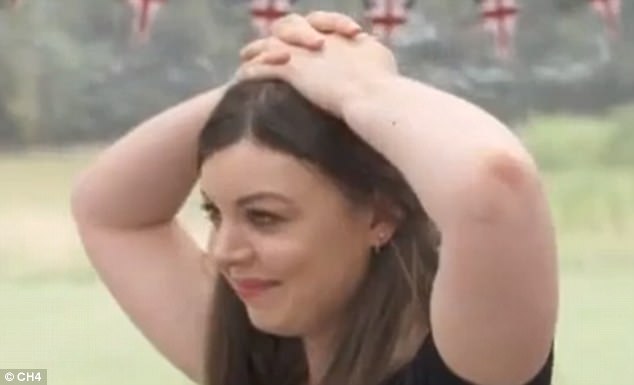 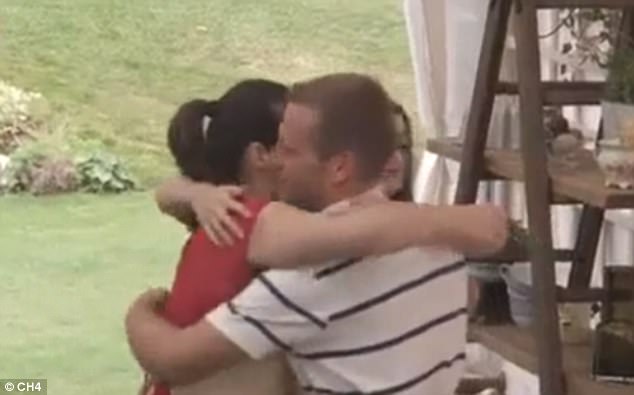 All three struggle to keep their cool in the sweltering tent, which Sophie reveals rises to a temperature in the high 20s while they are cooking.

They manage not to completely crack under the pressure – but there are a few literal cracks that occur in a couple of the bakes.

At one point, a magnificent chocolate collar snaps in two, leaving its maker upset.

All of the final contestants make at least one mistake in the final episode.

Steven has to end up re-making part of one of his bakes, while Kate has a catastrophe when she finds one of her trays doesn’t fit in the freezer.

She ends up having to saw her bake in half just to fit it in.

At the end of the marathon weekend of baking during the final episode, the sense of relief on the bakers’ faces is palpable.

They all go in for a big group hug before joining family and friends outside the tent to learn who has won.

The Great British Bake Off final is on Channel 4 tonight at 8pm.