She’s making her television debut on Tuesday as a contestant on the hotly anticipated Great British Bake Off.

But Sophie Faldo, 33, is an Afghan war heroine who saw action on the front line fighting the Taliban, Mail Online can reveal.

The 33-year-old, who on Tuesday swaps her uniform for an apron, served as a captain in the Royal Artillery where she was responsible for carrying out intelligence gathering and reconnaissance on the enemy.

Her seven-month tour of duty in Helmand Province began in 2009 and stretched into 2010 when military missions against the Taliban were at their peak.

Faldo, who was entered on to the hugely popular TV show by her chef boyfriend, left the army two years ago. But as a reservist with the Royal Artillery, she could be called up to serve once again should war break out.

Sophie Faldo, left, poses with her mother at her graduation as an army officer at Sandhurst 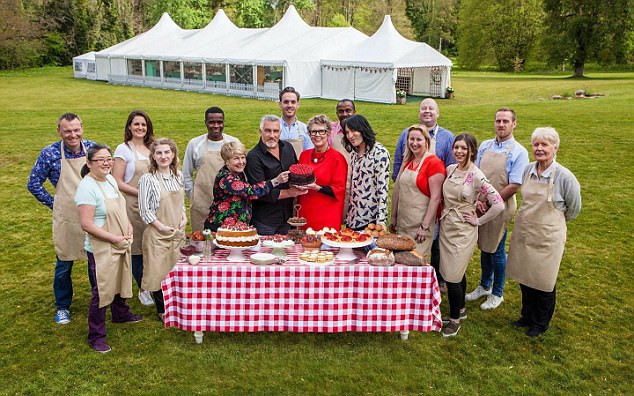 Faldo, third from left, is one of 12 contestants battling to win the Great British Bake Off crown 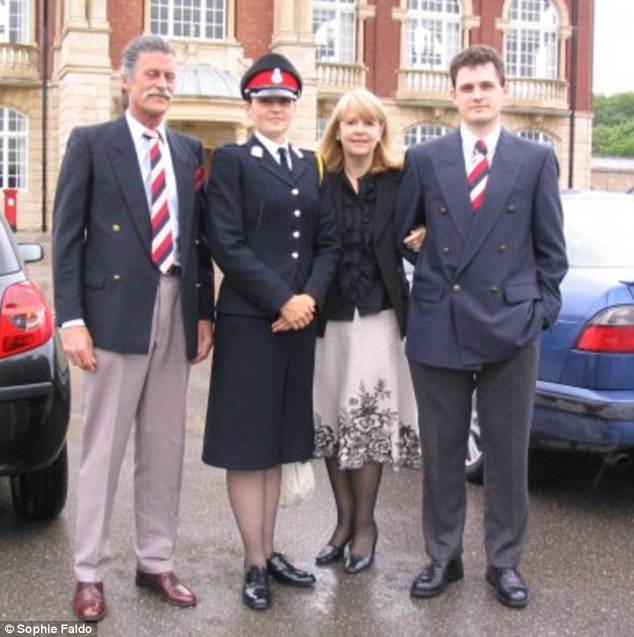 Faldo, second from left, poses with her loved ones at her graduation at Sandhurst 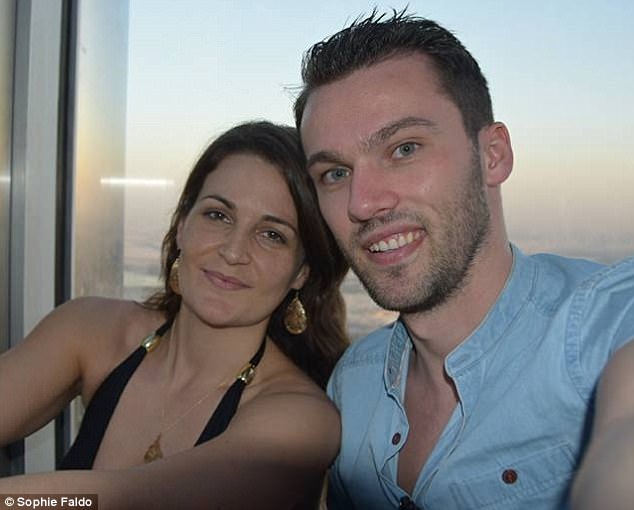 Pictured: Sophie Faldo, 33, was entered into the programme by her chef boyfriend 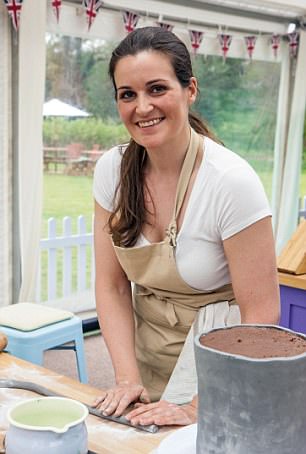 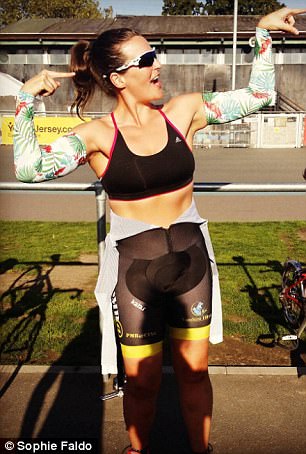 Sophie Faldo, 33, a former soldier and star cyclist and rower, only recently realised her talent for baking after making a birthday cake for a friend

A family friend told MailOnline: ‘ We were all extremely proud of Sophie and her military career and she served with distinction in Afghanistan. It was not easy for the family knowing she was over there, but thankfully she returned unscathed.’

Faldo, from Surrey, was entered for the baking programme by boyfriend David Slattery, a chef at the prestigious Palm Hotel restaurant in Dubai, who noticed her talent for baking after she made a birthday cake for a friend.

A few weeks ago we had a 10-year reunion for our platoon at Sandhurst and she said she didn’t know if she’d be able to make it. Now we know why!

Her move to baking follows a distinguished career as an army officer. Brave Faldo is among the thousands of military personnel who were awarded the Operational Service Medal for her frontline duties in Afghanistan.

Her 2011 promotion is mentioned in ‘The Gunner’, a magazine distributed to serving and former members of the Royal Artillery.

She was due to attend a reunion with former army comrades at Sandhurst Royal Military College a few weeks ago but mysteriously cancelled at short notice.

Colleagues now know it was because she was filming in the Great British Bake Off tent. A friend told MailOnline that Sophie – whose nickname is Nick, after the golfer Nick Faldo – joined the army because she was seeking adventure.

The friend said: ‘She joined because she wanted the army life, she’s a fantastic girl. I taught her to row and she went on to compete with the army rowing club. She’s very good at skiing too. She loved the all-action life.

‘I think she left because she had reached the first step on the senior ranks and it takes you away from the army life a bit. It wasn’t so action-packed and she missed that. She wanted to do something different.

‘I don’t know exactly when she deployed but she got an Afghan medal.

‘A few weeks ago we had a 10-year reunion for our platoon at Sandhurst and she said she didn’t know if she’d be able to make it. Now we know why! If she had got knocked out she would have made the reunion.’ 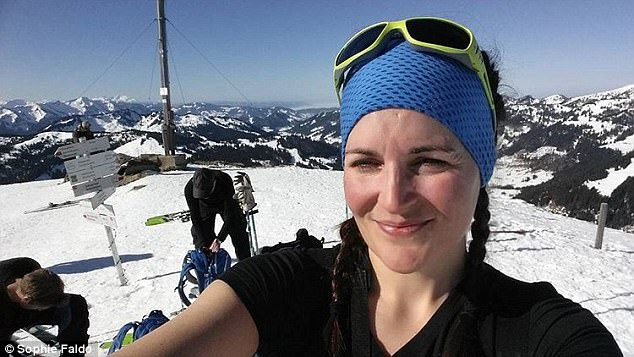 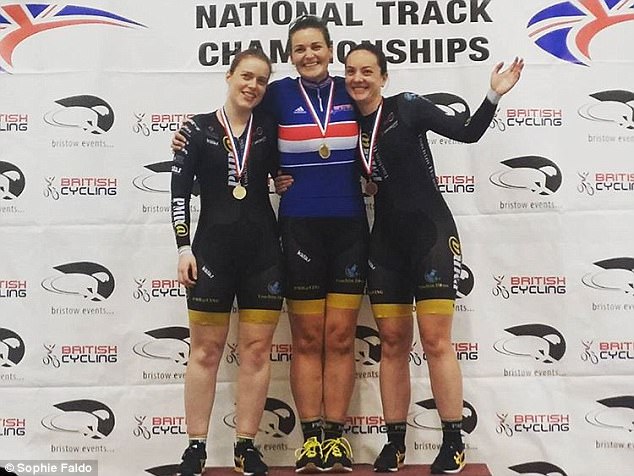 Among her high-octane passions is cycling, in which she is a frequent competitor 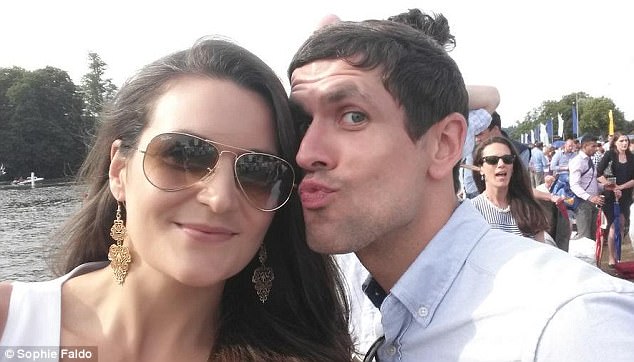 An aspiring stunt-woman, rower and cyclist, Sophie now counts caking among her many hobbies. Pictured above: Sophie with a friend 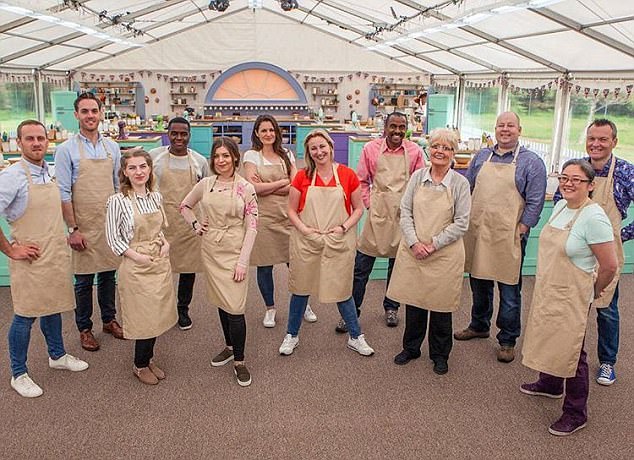 Faldo, seen sixth from the left in the Bake Off tent above, is competing for the title this year 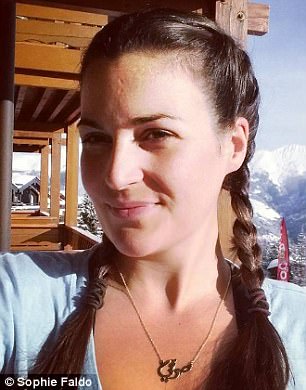 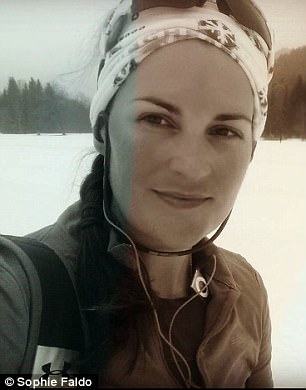 Talented: Sophie graduated graduated with a masters in psychology while studying at the University of Toulouse in France before joining the British Army

After leaving the army, Faldo moved to Surrey with her boyfriend David and their pet dog Loki. It was then that she developed a passion for baking, saying that having her own kitchen enabled her to cultivate her skills.

As well as an accomplished baker, she also has ambitions to become a stuntwoman working in the film industry.

She is an accomplished skier, rower and track cyclist, with her Instagram page featuring photos of her taking part in competitions.

In an online profile, she said her motto was ‘Train hard, fight easy – one I stole from my Army days.’

She said she took up the sport after becoming injured, writing: ‘I started cycling to rehabilitate myself from a back injury when I was a full time rower. My back took longer to heal than I thought and it turned out that I preferred cycling anyway.’

Already a winner, Sophie picked up a gold medal for the sprint at the National Track Masters Champs after only having cycled for a few months.

She described it as her ‘proudest moment’ yet. Originally from Suffolk, where her mother Lindy still lives, she graduated with a masters in psychology from the University of Toulouse in France.

The Great British Bake Off will return to screens tonight, premiering on Channel 4 for the first time since Love Productions made the move from BBC1.