They were heartbroken when national sweetheart Liam left the Great British Bake Off last week instead of Stacey Hart.

But now viewers are euphoric after the former teacher, married to the millionaire co-founder of clothing retailer ASOS, finally left the competition on Tuesday night.

Stacey, 42, of Hertfordshire, has been irritating fans on social media for weeks – so much so that her name quickly starts trending on Twitter at the start of every episode.

However fans still aren’t entirely happy even after her departure – as many are saying that the three finalists on the Channel 4 are the ‘most boring ever’. 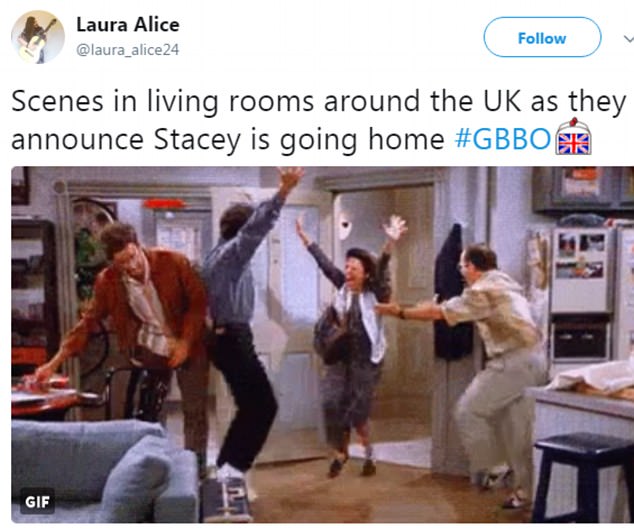 Timeline of Stacey’s bakes in the tent

Pastry Week (week 6): She left a piece of baking parchment in her hand-raised pie during week six, but wasn’t sent home. Instead Siberian siren Julia was sent packing. This is the first week viewers start tweeting in earnest about how they want Stacey to leave the tent.

Italian Week (week 7): Yan was sent home instead of Stacey, despite the former teacher’s choux pastry in her sfogliatella bursting out and her creme patisserie being far too runny.

Forgotten Week (week 8): Stacey wins Star Baker, ensuring she can’t be kicked off – despite pulling the door off a £554 Neff Slide & Hide Built-In Single Oven. Fans are incensed that she remains on the show rather than their favourite Liam.

Stacey has been vilified by Bake Off viewers for several weeks now due to her inconsistent bakes, love of bright colours and several catastrophic errors.

But the online trolling didn’t begin in earnest until she left baking parchment in her pie during Pastry Week.

Since then, she has won two Hollywood handshakes and was even crowned Star Baker last week – despite breaking the door off her £554 Neff Slide & Hide Built-In Single Oven in the Bake Off tent.

However viewers have not been won over and have been calling for her to be booted off the show for weeks, only to have to watch forlornly as favourites such as Liam, Yan and Julia were sent home.

Now they say that ‘revenge has been served’ after Stacey was kicked out of the tent ahead of next week’s final, which will see blacksmith Kate Lyon, ‘semi-professional’ Steven Carter-Bailey and former Army officer Sophie Faldo compete to see who wins the coveted trophy in 2017. 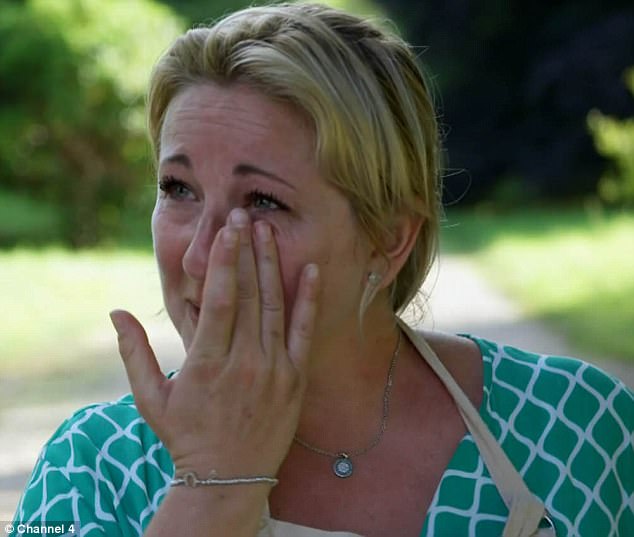 Stacey got emotional after she was told she would be leaving the tent, but said it had been a fantastic experience 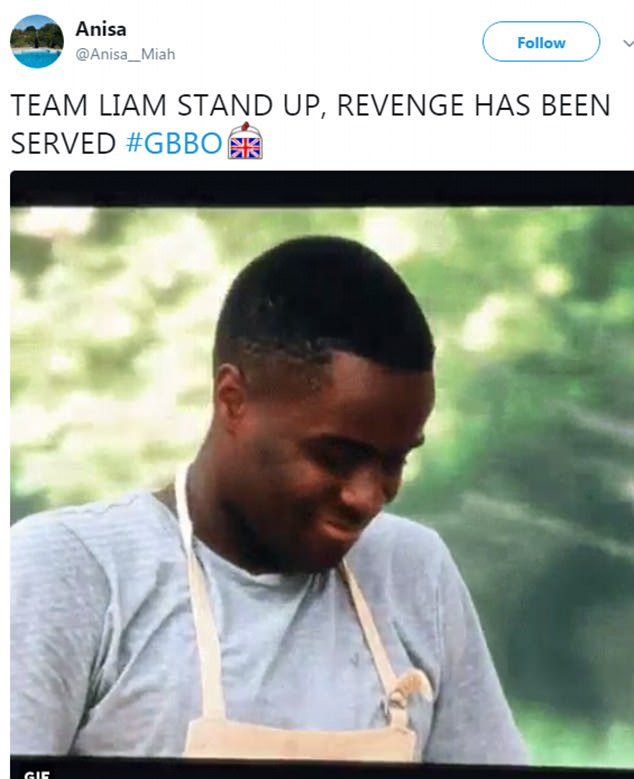 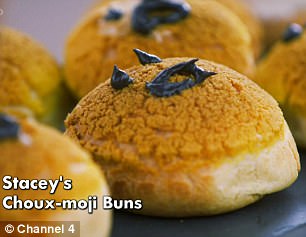 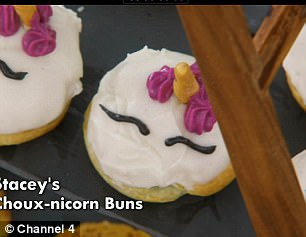 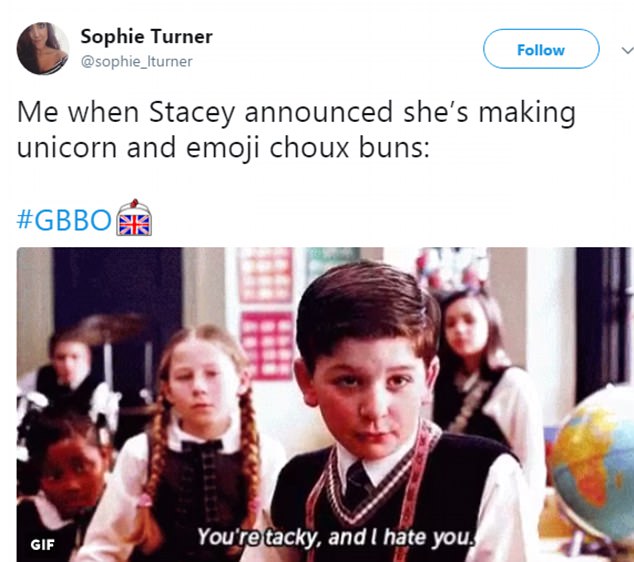 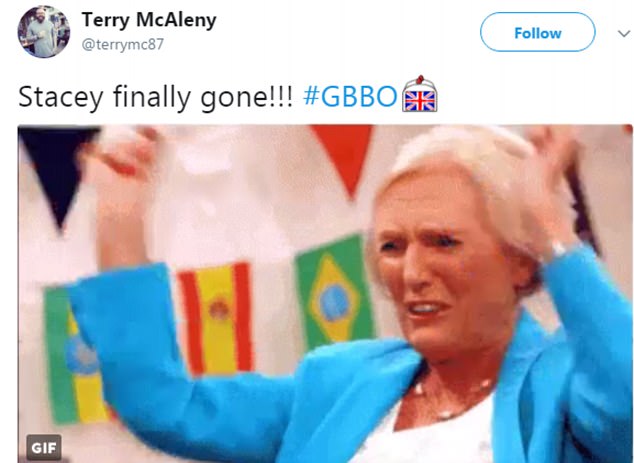 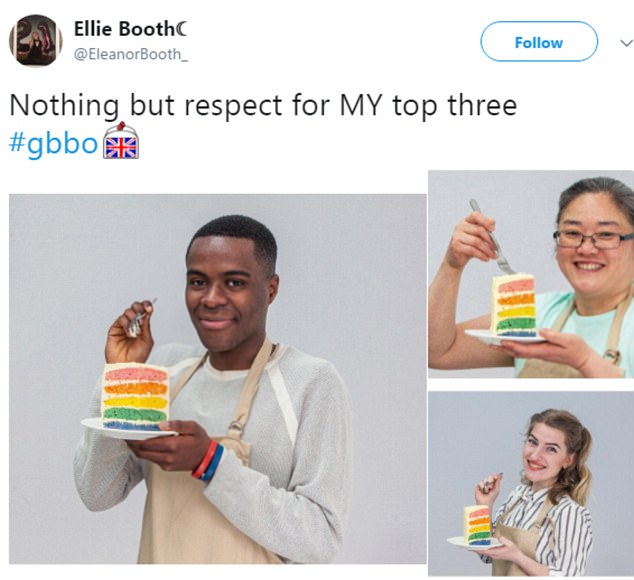 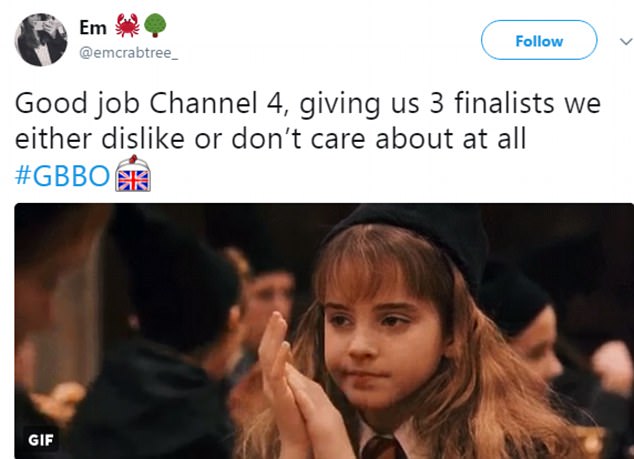 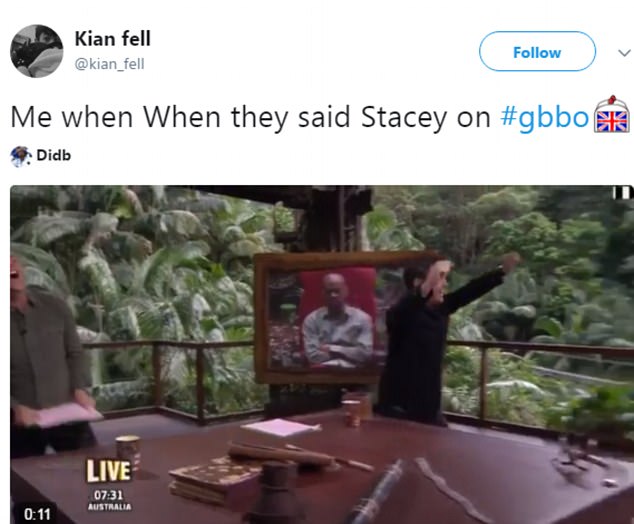 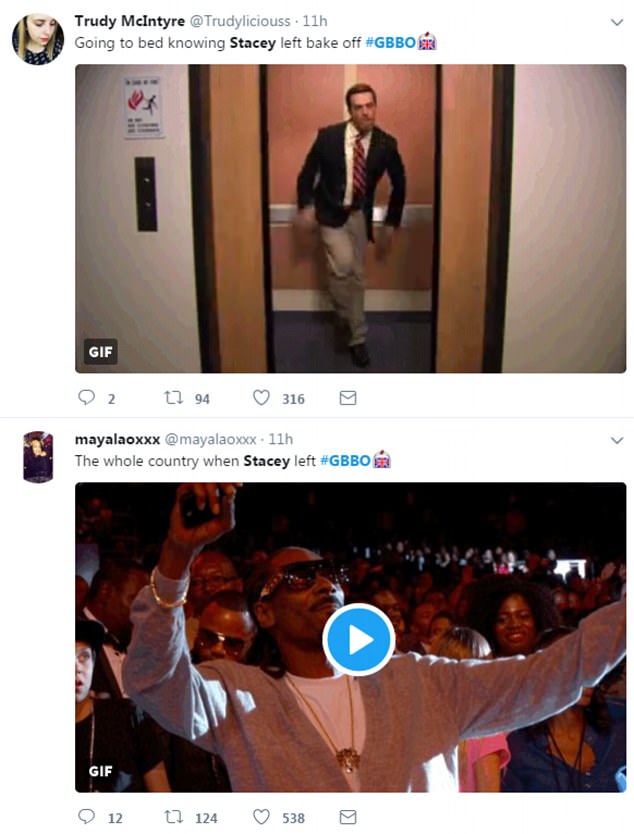 Fans posted jubilant memes after it was announced Stacey would be leaving, and also said revenge had been served

Who is Stacey Hart?

Stacey Hart, 42, first started baking with her grandmother Phyllis as a little girl and she loved to make bread and butter pudding.

It was during university that she started to bake seriously, incorporating her Jewish heritage into her baking.

The mother of three sons lives in Hertfordshire with husband James – a founding director of ASOS, who no longer works for the company.

The couple have an online store together called Kidly, which sells ‘unique, useful, extraordinary things’ for children – but financial records show it’s £1.3 million in debt.

Viewers were close to seeing Stacey in the final.

In what may have been the closest call yet, judge Paul Hollywood branded it the ‘toughest decision ever’ on Tuesday night’s show to decide who would leave, and was forced alongside co-judge Prue Leith to regard her whole stint in the process, rather than on Tuesday’s episode alone.

They shared memes of people celebrating as they exchanged delighted tweets about Stacey leaving, as well as posting images from earlier Bake Off episodes of Liam looking pleased.

However some said that the wave of hatred aimed at Stacey was grossly unfair, and reminded other Twitter users that the show is heavily edited.

Despite the overwhelming approval of the judges decision to send Stacey home this week, many said that this year’s three finalists were still the most boring ever.

Several said that the best three – Liam, Yan and Julia – had already left the tent. 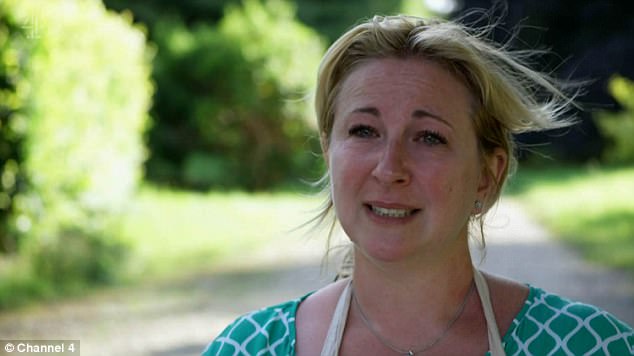 Emotional: The contestant shed a tear as she bid the show goodbye 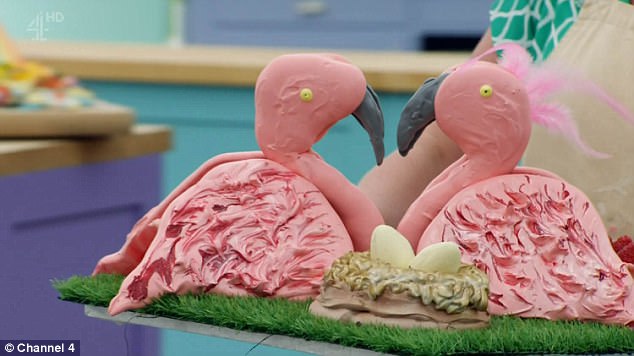 That takes the cake! Not even Stacey’s elaborate flamingos could save her 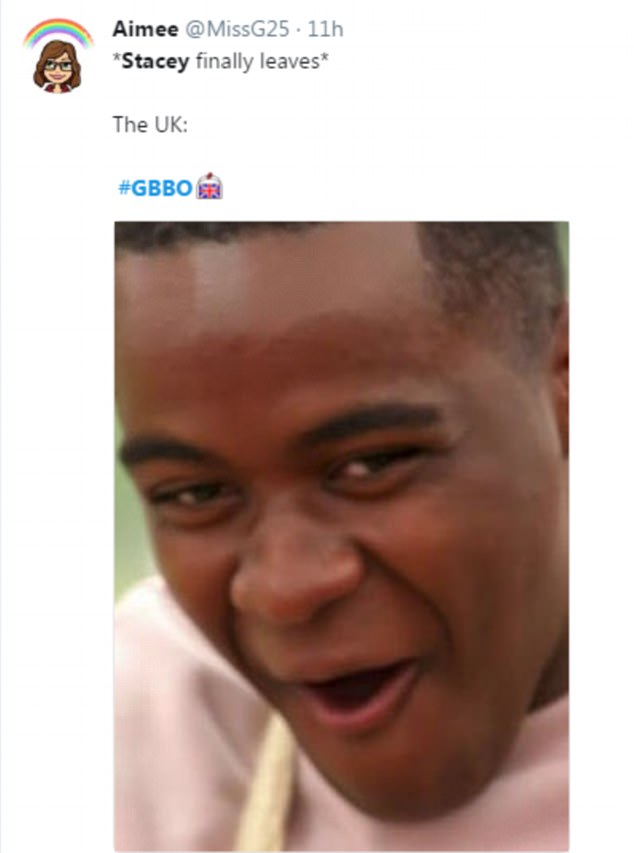 Speaking following the results, the Hertfordshire mum said: ‘I felt I had done so well to get so close to the final, but also sort of relieved that I would be leaving the tension of the competition.

‘At the beginning of the episode I said that if this is the end of the road for me, then I am leaving happy.’

The Great British Bake Off series final will air at 8pm next Tuesday on Channel 4.