The network had faced issues with its output over the three days beforehand, following a fire at its playout centre and it impacted the show for many fans.

Viewers took to Twitter to share their upset at discovering the episode had no subtitles, sound issues – with the show even falling off air for some.

One viewer shared a photo of the screen which said: ‘Programmes continue shortly’ and wrote: ‘Most upsetting thing that’s happened today… I’d like to watch GBBO’.

‘Time for #GBBO and I am not ok, @Channel4, very not ok,’ typed another as they experienced the same problem.

‘Anyone round Nottingham having problems with @Channel4 trying to watch bake off and having to watching it online as terrestrial is down,’ said a third viewer. 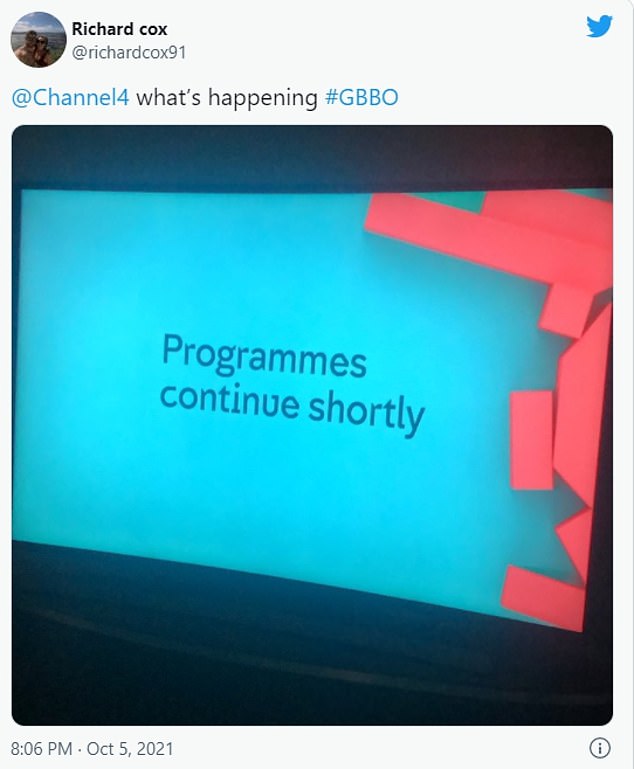 Frustration: Viewers took to Twitter to share their upset at discovering the episode had no subtitles, sound issues – with the show even falling off air for some

Others said they had difficulty with the sound. One fan of the show wrote: ‘What’s going on with the sound on #BakeOff? I can’t hear the voice over. It’s too muffled to hear anything Noel and Matt are saying.’

‘Glad to see other people think the sound is all over the place tonight. I wasn’t sure if it was me or Noel was doing the voiceover from the bottom of a biscuit barrel,’ added another.

A third complained: ‘Your sound mixing is completely out. Can barely hear Noel or Matt’s narration.’ 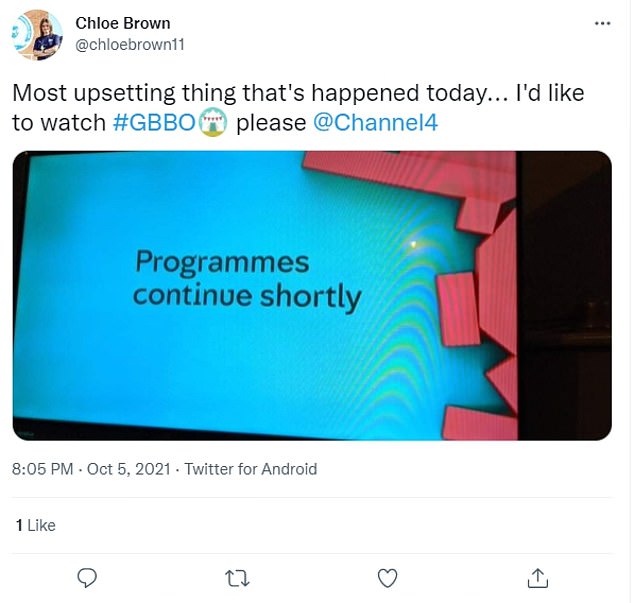 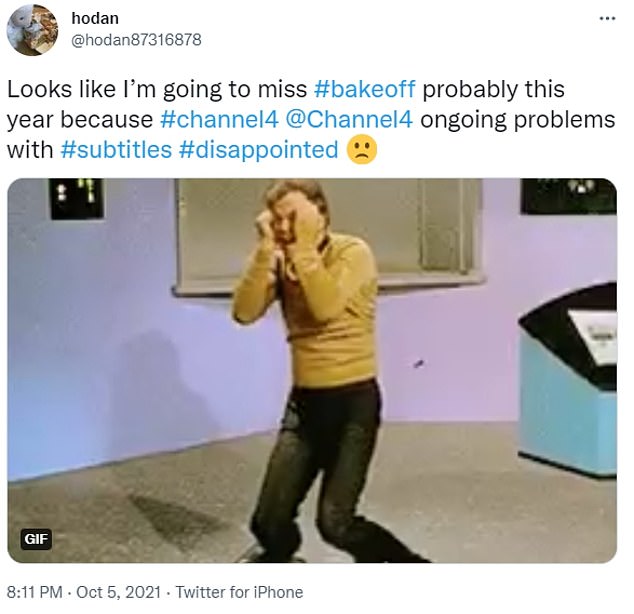 A number of viewers were left ‘disappointed’ by the lack of subtitles, with the deaf community hitting out because they were unable to watch the show.

One wrote: ‘Looks like I’m going to miss #bakeoff probably this year because #channel4 @Channel4 ongoing problems with #subtitles #disappointed.’

A different Bake Off fan typed: ‘no subtitles on Bake Off….again. And before you point to a problem at the weekend, they weren’t there last week either. Do we just give up watching the programme and any other groups of people you wish to exclude?’

‘No subtitles on Bake Off……why oh why what the problem??’, chimed a third.

Channel 4 announced that it was still having problems two hours before Bake Off aired last week.

A spokesperson said on Twitter: ‘Sadly, we’re still experiencing some tech issues which means some viewers may have problems watching our channels or access services.

‘Sorry for the ongoing disruption – we’ll let you know here as and when we have updates.’

Channel 4 was contacted by MailOnline for further comment at the time. 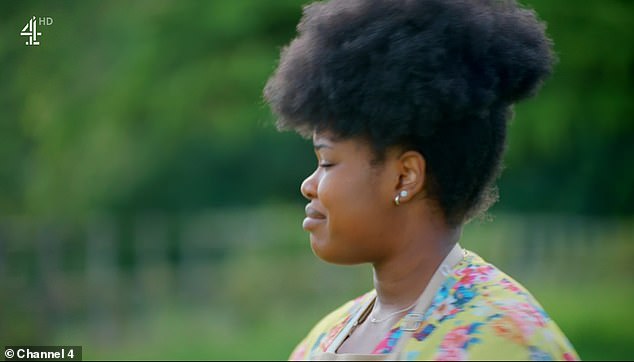 Upset: Rochica was the third baker to be eliminated from The Great British Bake Off during Tuesday’s episode of the popular cooking show. 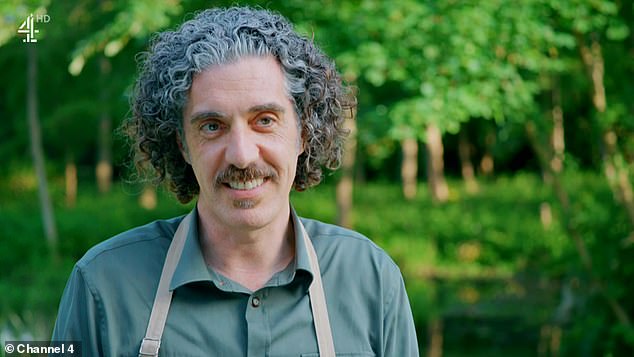 Red Bee Media, which handles playout services for Channel 4 and Channel 5, said the disruption was due to an ‘activation of the fire suppression systems’ on Saturday evening.

A spokesperson said: ‘We confirm that all staff at our Broadcast Centre in west London were safely evacuated following activation of the fire suppression systems.

‘As a result of this incident and the automatic safety measures set in motion at the time, several services originating from the Broadcast Centre have been disrupted. 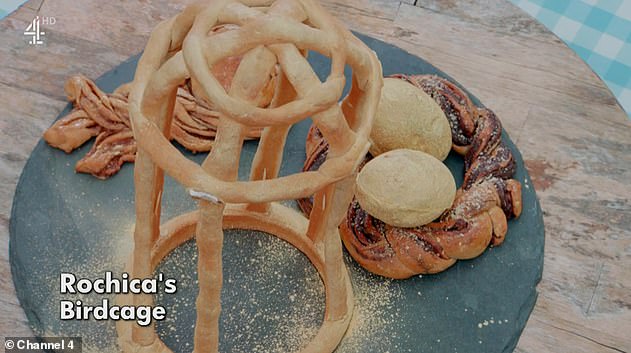 Creation: Rochica disappointed with her milk bread Showstopper which consisted of a bird cage, nest and eggs, while also coming last in the technical

‘London Fire Brigade attended the scene, and once they had determined that the building is safe, people were allowed to return to the building.

‘We are continuing to work to restore all services and remedy any issues caused by this incident.’

Rochica was the third baker to be eliminated from The Great British Bake Off during Tuesday’s episode of the popular cooking show.

The contestant, 27, broke down in tears during the programme after failing to impress with her bird-inspired milk bread Showstopper and ciabatta breadsticks in the Technical.

She follows unlucky bakers Tom and Jairzinho who were booted off in week one and two. 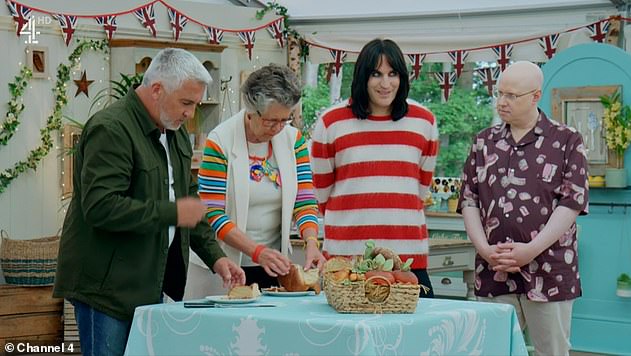