After nine delectable courses, most accompanied by a fresh tipple, I need only walk ten paces, unlock my door, climb a short staircase and collapse delightedly into bed.

Until July, however, diners at The Hare Inn lacked this most convenient option. For it was only then that this rural North Yorkshire establishment unveiled two indulgent bedrooms.

Already, though, they are in demand – while dinner reservations have to be made six weeks in advance, overnight stays sell out three months ahead. Luckily, two more luxury chambers are due next summer. 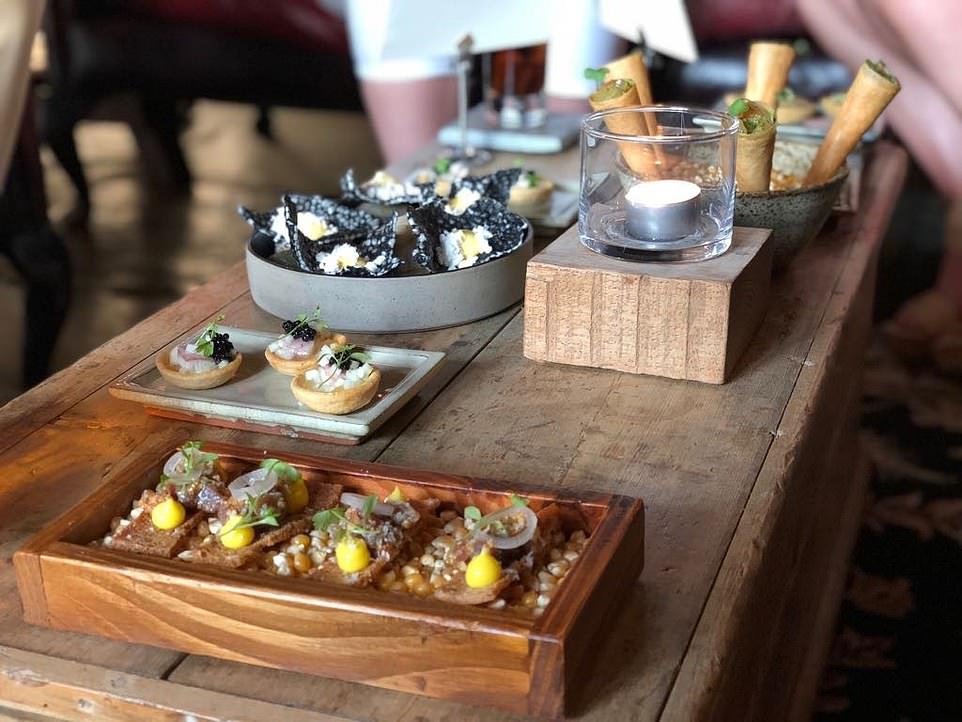 ‘Tasting menus can be over-showy, but not here – Paul’s food ranks among the best I’ve ever tasted,’ writes Richard Mellor

In offering accommodation, The Hare can now compete with two other food-famous ‘posh pubs’ here on the south-western fringe of the North York Moors National Park – Harome’s Star Inn and The Black Swan at Oldstead, which each boast a Michelin star.

The Hare still flies slightly under the radar, despite head chef Paul Jackson hoovering up numerous awards, and wife Liz’s stellar front-of-house work. And, indeed, despite its fine old building and handy location, flanked by fields and moorland in the farming village of Scawton.

Inside a 30-minute drive are the ancient market town of Helmsley, where a ruined castle overlooks independent cafes and shops, and glorious westwards views from the escarpment of Sutton Bank. 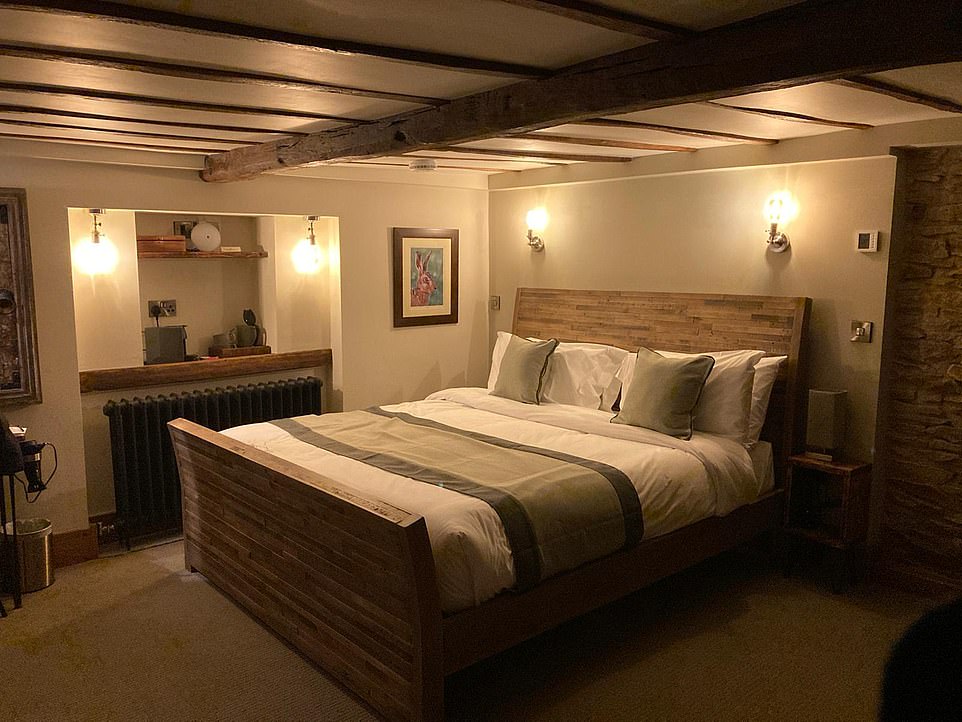 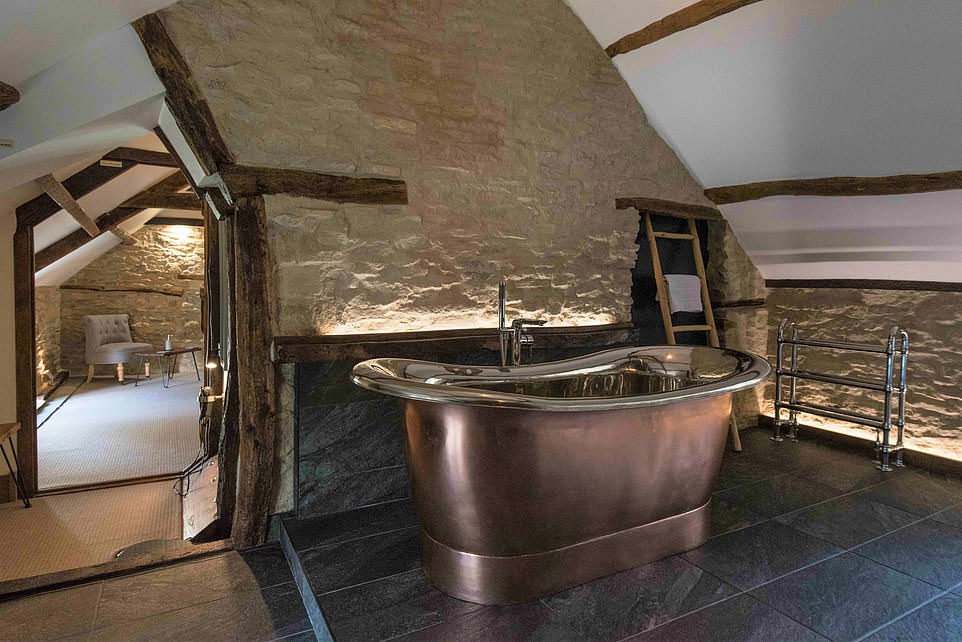 Richard says that in the rooms ‘exposed chunks of 12th Century stone stress the old house’s heritage’. Pictured is a deep tub in the eaves room

The cosy restaurant at The Hare is set in a long, low-ceilinged room. Exposed brick is spiced up with draped pelts and silvery stag heads. Despite a formal service, the feel is anything but stuffy.

The food: Tasting menus can be over-showy, but not here – Paul’s food ranks among the best I’ve ever tasted. There’s playful ambition in tomato tea and nitrogen-frozen ewe’s-milk ice cream, but also fulsome flavours and satisfying portions.

Liz’s daring yet canny wine choices, not least a sweet plum saké, further the pleasure. The main course sees loin and shoulder cuts of venison alongside beetroot and foraged elderberries. Breakfast options include a similarly meaty fry-up and home-made granola.

The rooms: White is up in the first-floor eaves (mind the low rafters) and exposed chunks of 12th Century stone stress the old house’s heritage. Not that all is rustic – in the room you’ll find an espresso machine, a spa-like bathroom with a freestanding tub, plus mirrors aplenty. The overall vibe is one of cosy, chunky-wood chic. Ground-floor room Denison is marginally smaller yet more romantic.