Great escapes for grown-ups, from Iceland to Turkey

The over-50s are blazing a trail in holiday bookings this year. Tui, the UK’s largest tour operator, reports that they account for half of its online bookings so far for 2021.

And many of them, whether celebrating getting through a precarious year or pinning hopes on the Government’s plan to vaccinate all over-50s against Covid-19 by Easter, are treating themselves by booking seriously special holidays with plenty of romance and jaw-dropping scenery.

Europe and other short-haul destinations are likely to be among the first places we can visit, so here we have picked some of the most magical trips that are all within a five-hour flight from the UK.

Look down on a fairytale landscape of pillars and pinnacles on a hot-air balloon ride in Cappadocia, central Turkey. Churches and houses have been carved into the soft volcanic rock, as has the Argos hotel, where the 51 cave rooms have vaulted ceilings and views over Mount Erciyes or Pigeon Valley. Explore this mystical area, created by erosion, on foot, bike or horseback. There are no direct flights from the UK to Cappadocia, but if you fly first to Dalaman you can also stay on the coast in the hotel’s sister property, the D-Resort Gocek. Charter the resort yacht to explore Turtle Beach and visit Butterfly Valley, accessible only by water. A night’s B&B at the Argos costs from about £300 (argosincappadocia.com) and at D-Resort Gocek from around £110 (dresortgocek.com). Balloon flights are from about £220.

For a no-fly trip, make tracks for a grand three-week train tour of Scandinavia, heading across the Arctic Circle to the land of the midnight sun on scenic railways with staggering views. The holiday – and it’s first class all the way – starts at London’s St Pancras Station and you spend your first night in Hanover before taking the boat train to Denmark. There’s time to explore Copenhagen, Stockholm and Oslo, as well as for trips on the spectacular Ofoten Railway, Norway’s most northerly train route, and the legendary Flam Railway.

Sail through the jaw-dropping Geirangerfjord aboard the Hurtigruten ferry, which continues overnight between Alesund and Bergen. Twenty nights’ B&B in hotels, with train travel and all transfers, from £3,495pp (planetrail.co.uk).

If Russia has been on your wishlist, get early access to see the treasures on show in the opulent Hermitage Museum in St Petersburg and enjoy a backstage tour of the famous Bolshoi Theatre in Moscow. These optional extras can be included as part of a tailor-made holiday which starts with three nights in the capital and continues in St Petersburg after a fast train transfer. In each city you will have a private half-day tour, featuring classic sites such as St Basil’s Cathedral and the Winter Palace. There is plenty of time to explore on your own, perhaps visiting the Catherine Palace with its spectacular Amber Room or seeing the Cosmonaut Training Centre of Star City. A week’s B&B with flights and train ticket costs from £995pp. Early access to the Hermitage is £55pp and the Bolshoi tour is £150pp (regent-holidays.co.uk).

As 2021 is deemed a holy year, there’s no better time to walk the Camino de Santiago pilgrimage route in Spain. The feast of St James, the Camino’s patron saint, falls on Sunday, July 25, and pilgrims are promised forgiveness for their sins when they reach the end at Santiago de Compostela. Follow the last portion, from Sarria to Santiago, covering ten to 17 miles a day, through stone-built hamlets, forests and meadows, taking in Romanesque churches as you go. Luggage is transported between the characterful hotels en route, including the Parador de Santiago de Compostela. Six nights’ B&B with four dinners costs from £1,099pp, including flights and luggage transfers (walksworldwide.com). 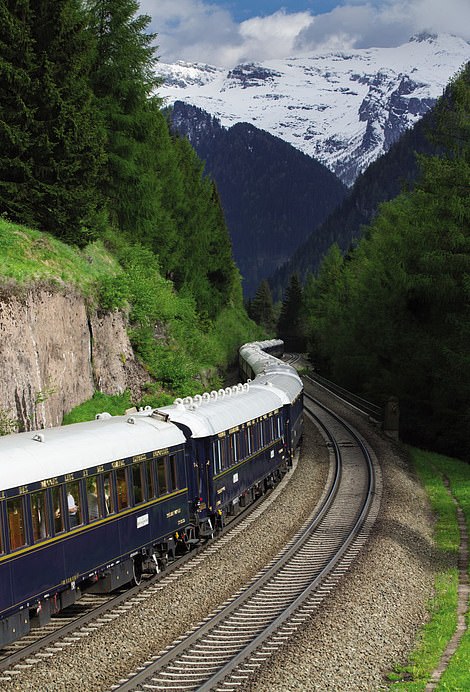 It’s also a great year to take the iconic Venice Simplon-Orient-Express, which has a handful of new routes in 2021 in addition to the classic Paris-Venice journey. You can now travel from Rome or Florence to Paris and from Venice to Amsterdam, Brussels and Geneva.

Enjoy the Art Deco elegance on a one-night sojourn (do be aware that bathrooms are shared) or really push the boat out on an uber-luxurious tour. Top of the range is a nine-night holiday which includes a five-night train journey from Istanbul to Paris in August, with two nights in each city and stops in Bucharest and Budapest.

A night from Florence to Paris on the train with a night in Florence’s Villa San Michele costs from £2,000pp (belmond.com). The nine-night holiday costs from £18,989pp with flights to Istanbul, all meals on the train, and Eurostar from Paris to London (kirkerholidays.com).

Confident drivers can relish picking from a list of dream cars that features Porsche, Ferrari and Lamborghini to take on a supercar driving tour of Europe. There are several itineraries to choose from – which are far from cheap – including one through Provence’s lavender-covered hills and along the Cote d’Azur to Cannes, Saint-Tropez and Monaco, staying at three top hotels en route. For something less expensive, head to the Amalfi Coast for four days, and spend one of them at the wheel of a Fiat 124 Spider two-seater sports car. Dare to drive the cliff-hugging coastal road before relaxing at the adults-only Casa Angelina.

Four nights’ B&B in Provence with car hire but not flights is from £5,250pp (ultimatedrivingtours.com). Three nights’ B&B on the Amalfi Coast, with flights, from £1,525pp (theluxuryholidaycompany.com).

Enjoy the romance of Venice without the crowds and see St Mark’s Basilica during a private after-hours visit with lighting ceremony, which is one of the many complimentary excursions on Uniworld’s small river cruise in northern Italy. Tour the Doge’s Palace, ride a bike through the fishing town of Chioggia to a Venetian villa for wine-tasting, visit a gondola shipyard, make pasta in Bologna and take a day tour of Padua. The new 63-cabin SS La Venezia provides a suitably elegant place to stay. An eight-day trip leaving on June 13 costs from £1,749pp and includes flights, full-board accommodation, drinks, excursions and tips (uniworld.com).

Or how about a languorous, three-week tailor-made tour of Greece? At sites such as Delphi, home to the Oracle, and Olympia, where the ancient games were held, private guides will fill you in on the facts as well as the legends. You’ll also stop at fabulous beaches, such as Voidokilia, visit the medieval island village of Monemvasia, or linger in a local taverna. Greek specialist Sunvil has compiled a self-drive itinerary giving you enough time to relax in charming hotels en route. The journey starts in Athens’ Herodion Hotel, which has views of the Acropolis from the roof terrace. The trip leaves on May 13 and lasts 20 days, costing from £2,540pp with six half-day guided visits, flights, car hire and B&B, or from £1,815pp without guided visits (sunvil.co.uk). 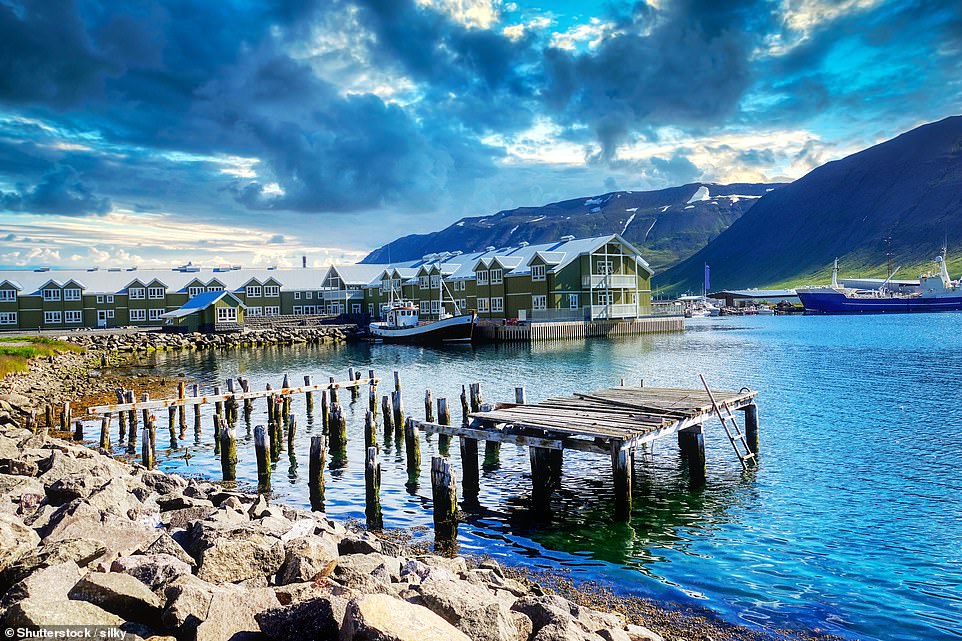 Follow the epic 828-mile ring road around Iceland on a self-drive tour. This trip includes everything from the eastern fjords to Iceland’s most northerly mainland town, Siglufjordur (pictured), with glaciers and waterfalls in between

Port-lovers can spoil themselves while taking in Portugal’s Porto and the Douro. First stop is three nights at the Yeatman Hotel, which has fantastic views over the river to the old town of Porto, as well as a decanter-shaped pool, a two Michelin-starred restaurant and a spa offering a full range of treatments.

Enjoy a wine masterclass, tasting up to a dozen wines in the cellar, then head down the Douro River on a boat trip before four nights at the scenic Six Senses Douro Valley. The stay here includes both an antioxidant grape facial and a half-day wine tour with a sommelier as your driver. B&B for a week with flights and experiences, leaving May 8, costs from £3,875pp (elegantresorts.co.uk). Or a night’s B&B at the Yeatman is from €285 for two (the-yeatman-hotel.com).

Meander in and out of secluded coves and turquoise bays on a sailing trip in Croatia. Visit the car-free island of Kaprije, which has just 160 inhabitants, swim in unspoilt lagoons and under waterfalls in the Krka National Park and travel along the coastline before returning to Split. Boats have their own skipper as well as paddleboards and snorkelling equipment.

The catamarans sleep eight to 12 and can be hired by the cabin or as whole-boat charters. A week’s skippered sailing, including breakfast and lunch, is from about £1,100pp (yachtgetaways.com). Flights cost extra. 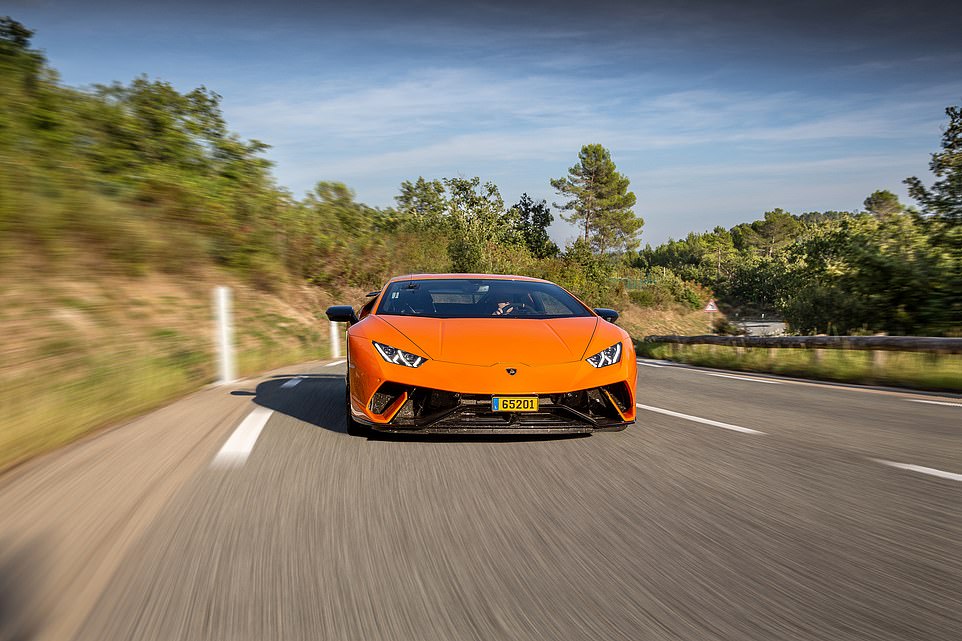 Ultimatedrivingtours.com offers confident drivers a list of dream cars to tour Europe in

Follow the epic 828-mile ring road around Iceland on a self-drive tour. Highlights include the geyser of Strokkur, which spouts more than 65ft into the air, and the Eldhraun lava fields, a lunar landscape where the Apollo 11 crew trained for their moonwalk. Ride small Icelandic horses, wallow in the geothermal Blue Lagoon or go whale watching. This trip includes everything from the eastern fjords to Iceland’s most northerly mainland town, Siglufjordur, with glaciers and waterfalls in between. B&B for eight nights is from £1,065pp, with car hire but not flights (ganeandmarshall.com). The holiday can easily be extended.

Channel your inner Lawrence of Arabia on a riding holiday in Jordan, where you’ll canter on horseback across the desert, slow down to a walk in Wadi Rum as the immense sandstone cliffs glow red in the evening light, and camp beneath starry skies. You’ll need to be capable of all speeds on horses, with rides of between four to six hours a day, but there is plenty of time to explore Jordan’s amazing sites, including the Nabataean city of Petra and both the Dead and Red Sea. Camping is basic, in two-man tents, but four nights are spent in hotels. Full-board for nine nights costs from £1,568pp, but flights to Amman are extra (rideworldwide.com). 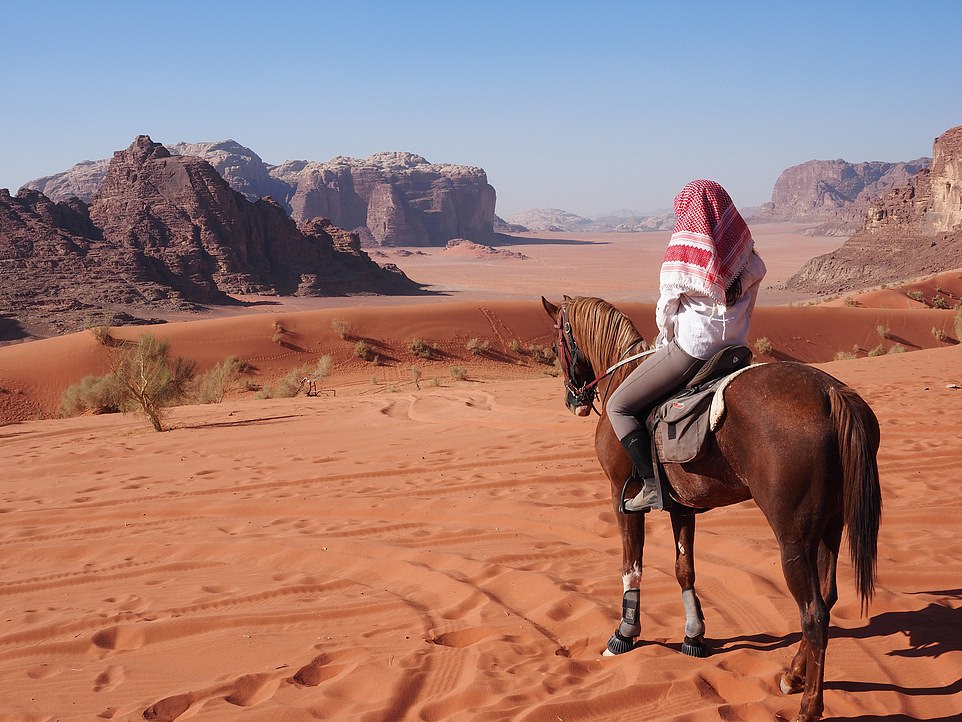 Channel your inner Lawrence of Arabia on a riding holiday in Jordan, where you’ll canter on horseback across the desert