This is the emotional moment a new great-grandfather finds out his great-grandson has been given his name and breaks down in tears of joy.

But as he is presented with the birth certificate of Lincoln Kayler Williams, he begins to sob uncontrollably as nurses watch the heart-warming moment.

Samantha and her husband Thomas surprised Larry with the news that the latest family member had been named after him. 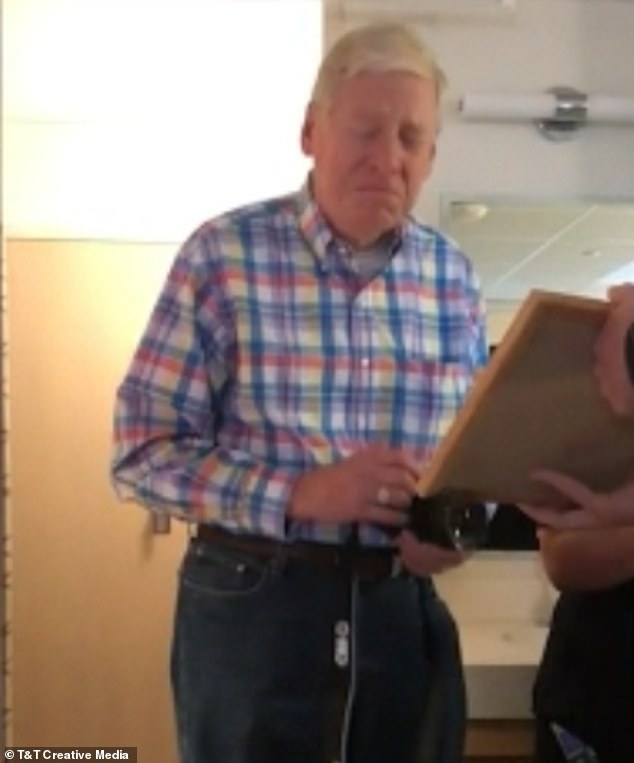 He begins to sob as he is shown the birth certificate of Lincoln Kayler Williams, the latest family member that had been named after him 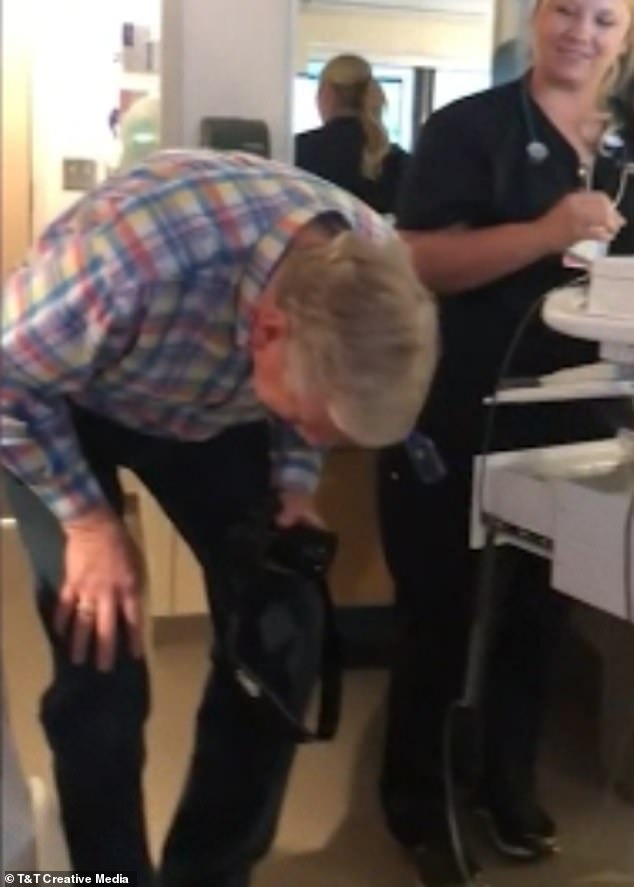 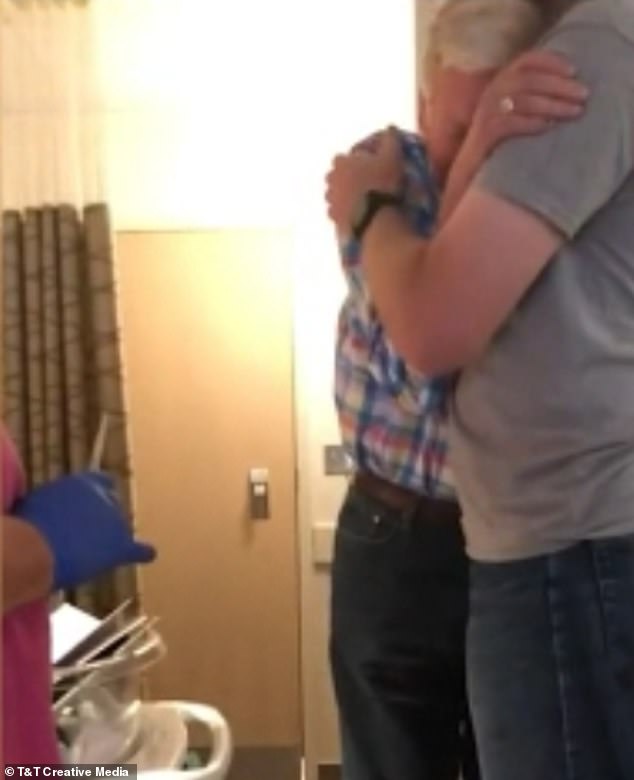 New dad Thomas, right, embraces Larry after he finds out the baby has been given the middle name Kayler after Larry’s dad, a middle name they both now share

As the tears begin to flow, Thomas hugs Larry to comfort him, as the pair stand in front of the crib.

Kayler was Larry’s father’s name, and was then passed down to him in the form of a middle name.

One nurse asks if the new great-grandfather is okay as he continues to cry, as his daughter replies, ‘we gave him his name’.

Samantha wanted the gesture to be a surprise, but jokes that she had planned to give Lincoln this middle name from the beginning and Samantha only recently shared the video on her TikTok channel

Samantha wanted the gesture to be a surprise, and even jokes that she had planned this from the beginning.

Samantha said: ‘I lied to you from the beginning by the way, because that’s what we knew we were going to do’.

Larry says, ‘my daddy’s name. Thank you,’ before he stands watching his new grandson, wiping away tears of joy.

The moment took place on May 21, 2018, at St. Francis Hospital but it wasn’t until recently that Samantha shared the video on her TikTok channel to a warm response.

Lincoln was also seen as somewhat of a ‘miracle baby’ for his family, as he was a fertility baby, after the couple had tried to have a child for six years.