A large proportion of the money owed is by Governments and reports to the hospital’s trust board admit that some of the debts may never be recovered.

The debts by foreign patients has risen by a third, from just over £30 million two years ago to £45.9 million pounds this year with projections that it will continue to rise.

The figures come amid a brewing row between doctors and the Department of Health over the Government’s policy of charging overseas patients for care.

On Monday, 500 delegates at the British Medical Association’s annual conference voted overwhelmingly in favour of abandoning fees for foreign patients.

This is despite the fact that health tourism is thought to cost anything from £200million to £2billion a year.

This was 9.1 per cent higher than last year.

Despite the difficulty in getting foreigners to pay for treatment, the trust also revealed ambitious international expansion plans, including ‘marketing road-shows’ in China, Russia and India. 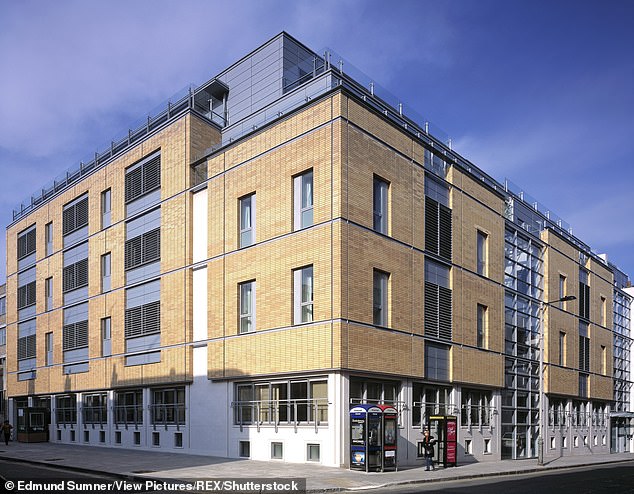 The debts by foreign patients has risen by a third, from just over £30 million two years ago to £45.9 million pounds this year with projections that it will continue to rise

Getting payments from overseas patients has been a problem for years. In 2017 GOSH took legal action against Libya over that country’s debt.

It said it had not written off any debt in 2018-19, but the trust’s risk register said the organisation was undertaking a ‘systematic review of old debt to assess likelihood of collection and preparation of write-off schedules for audit committee approval’.

A large proportion of the trust’s private work comes through embassies based in London and chief executive Matthew Shaw has visited the representatives of one country to discuss what they owed.

The trust would not say which country this was, but a spokeswoman said ‘since the meeting attended by Mr Shaw and through the support of governmental bodies, debt with the specific country has reduced significantly’

GOSH plans to increase International Private Patient (IPP) income by 10 per cent this year and another 10 per cent in 2020-21.

It has already opened 10 extra beds for this work and aims to add another 10.

The trust is exploring new avenues of international private income, including providing direct patient care to a Middle Eastern nation. 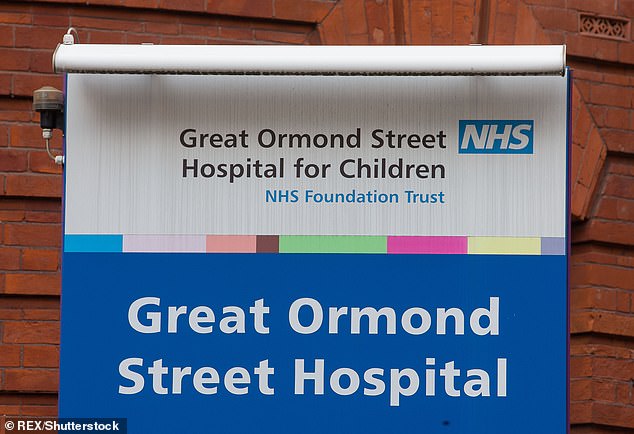 GOSH has developed a ‘referral app’ in English and Arabic to ‘increase brand awareness’. The app now works in Chinese and the trust is pushing it on Chinese social networking sites Weibo and WeChat.

Mr Shaw said: ‘Along with many other specialist UK hospitals, for a number of years we have sought to grow our international private patient work.

This is for a number of reasons: to enhance our ability to conduct research in rare and complex diseases; to share skills and learn from other approaches; and to ensure diversity of income.

‘Delivering excellence for our patients and their families in a climate of budgetary constraint is challenging.

The income derived from our IPP work is one way we support our services to improve and be as excellent as they can be.’

During the debate before Monday’s vote by the BMA, Dr Omar Risk had said: ‘Charging migrants for accessing NHS services is a fundamentally racist endeavour – we are complicit in the oppressive regime.’

Doctors who opposed the move were booed as they spoke and the BMA will now lobby the Department of Health to overhaul the charging system.

Although the Government sets the rules, they function only if doctors follow them.

Tory MP Andrew Percy said earlier this week: ‘It is incredible that some doctors want to open up the NHS to health tourism from people overseas who haven’t paid in.

‘Perhaps instead doctors who support this could pay for the treatment of these people themselves.

‘Most people would expect our NHS services to be reserved for those who are living here permanently and who are contributing to our system.’

A Department of Health spokesman had said: ‘British taxpayers support the NHS, and it is only right that overseas visitors also make a contribution to our Health Service so everyone can receive urgent care when they need it.

‘We have exemptions in place to protect public health and the most vulnerable patients.’

‘Health tourism’: What are the rules?

What is ‘health tourism’?

This is when patients who are not entitled to free NHS care are treated without paying their bills. It covers short-term migrants, holidaymakers and foreigners who deliberately target the NHS. The exact cost is put between £200million and £2billion a year.

What are the rules?

Only patients who are ‘ordinarily resident’ in the UK are entitled to free care, which usually means being here for at least six months. This excludes care in A&E units and GP surgeries which are free for everyone. In all other situations, staff are legally obliged to check eligibility. Anyone who isn’t eligible for free care should be invoiced.

What about EU citizens?

Staff should record details and the Government will then invoice their member state. But the UK is notoriously inefficient at billing or collecting the cash. Other EU member states are better at charging the UK.

Who enforces these rules?

Hospitals are meant to employ officers to collect bills. But not all do and others have only one or two staff to check thousands of patients.

What if patients don’t pay?

What is the BMA doing?

It has voted to abandon the policy of charging overseas patients for free treatment. The union will now lobby for a change in the law. If this does not happen, doctors may decide to ignore the rules anyway.