Families of sick children last night condemned the decision by Great Ormond Street Hospital to return £530,000 raised for it at the controversial men-only galas.

The sum was donated by the club between 2009 and 2016, but mothers of children whose lives the hospital saved say it is desperately needed by patients.

It could pay for 15 ventilators to help young patients unable to breathe on their own, or fund a month’s accommodation for 13 families to stay with their children.

Angela Formosa, whose five-year-old twins Ruby and Rosie were born conjoined before being separated in an operation at Great Ormond Street in London, said: ‘The hospital does rely so heavily on charitable donations and this is a lot of money which could pay for a lot of things and save lives.’

Angela Formosa (left), whose five-year-old twins Ruby and Rosie were born conjoined before being separated at Great Ormond Street, said the hospital could have used the money

Mrs Formosa, from Bexleyheath, south-east London, whose children are still cared for by the hospital, added: ‘As a woman I do not agree with what happened at the gala, but the hospital needs the money and I think they should have kept the money.

‘Lots of people work hard to raise money for Great Ormond Street, and it is giving £500,000 back.’

Carly Hicks’ baby Lily almost died of meningitis at the age of six months after doctors misdiagnosed her symptoms as chickenpox. She spent five days in intensive care at the hospital.

Lily has made a full recovery, after being given only a 20 per cent chance of survival, and was discharged finally from the hospital’s care last year. 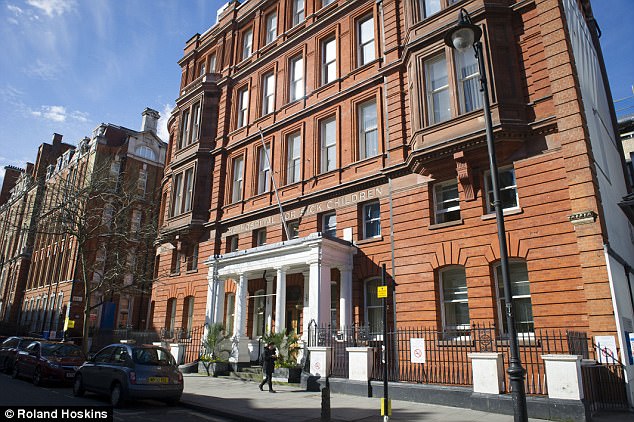 Mrs Hicks, 31, said she was saddened by the decision, adding: ‘Everything costs so much money, all their equipment, the amount of staff that are there and their teaching programmes.’ The veterinary nurse from St Albans, Hertfordshire, who has raised £25,000 for the hospital and other charities, added: ‘I can understand where they are coming from.

‘They don’t want to be seen to have anything to do with that charity. But I do not like the thought of them giving that money back, if I am honest. 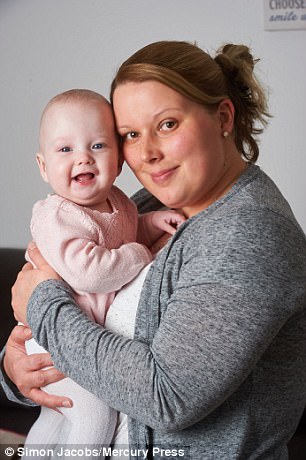 Carly Hicks (right), whose baby Lily almost died of meningitis at the age of six months, said she was saddened by the decision

‘If it had nothing to do with the event, and was donated before that, I don’t see why they should.’

Theresa May has condemned the ‘appalling’ sexist behaviour at the gala, where it was claimed prostitutes were in attendance, while billionaires bid up to £400,000 for lots including a night at a strip club.

A spokesman for Great Ormond Street Hospital Children’s Charity, which is separate to its NHS Trust, said: ‘The expert medical treatment that children receive at the hospital will not be affected by the return of these donations.

‘The day-to-day care and running of Great Ormond Street Hospital Trust is entirely paid for by the NHS.

‘GOSH charity has not taken the decision to repay this money lightly. The decision was made by the senior management team at the charity and the board of trustees, supported by the hospital.’