Extra officers will be drafted in to ensure a safe passage for Liverpool’s team bus at Tuesday’s Champions League quarter-final.

Fears over reprisal attacks have been raised after Manchester City’s coach was bombarded with missiles amid ugly scenes as it made its way towards Anfield for the first leg last Wednesday.

The Mail on Sunday understand officers in Greater Manchester are wary of the potential issue, have acted accordingly and will deploy extra resources.

However, the major fear ahead of the Etihad Stadium clash, is that large numbers of Liverpool fans have managed to buy tickets in home areas.

Additional officers will be present inside the ground to ensure that should that be the case, those who have done so will be immediately ejected.

Emotions no doubt running high after the events surrounding the first leg, which Jurgen Klopp’s men won 3-0, and the presence of away fans in City sections could spark disorder.

City’s bus was pelted with bottes and flares as it crawled towards Liverpool’s home, with two windows smashed and two police officers injured. The attack prompted an immediate apology from their hosts and scathing criticism of the behaviour by Klopp. City officials, grateful of the support they received from Liverpool, are known to be angry with Merseyside Police for allowing what they saw as a predictable situation to develop.

They are, however, confident that there will be no repeat of the trouble when Liverpool come to Manchester. The layout of the Etihad Stadium means that, unlike Anfield, the two clubs use different entrances upon arrival. City will head to the main entrance, where they will be greeted by their own fans while Liverpool will use a tunnel which leads to the dressing rooms.

Police will keep an eye on the entrance to the tunnel and will immediately deploy officers to the scene should there be a build-up of City supporters. They are not anticipating an issue, but will be ready to move in if a potential problem arises and will continue to monitor social media for any signs of a planned attack. 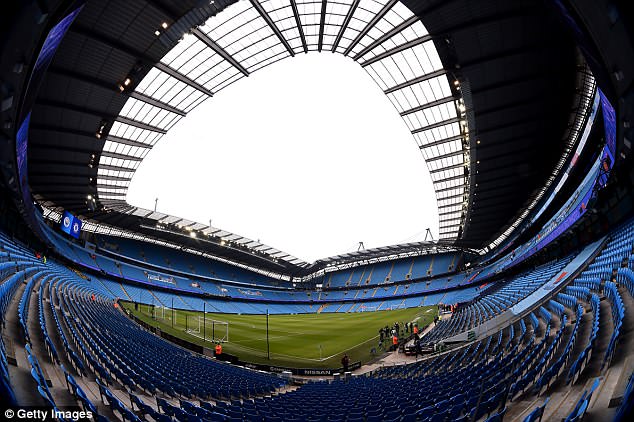 The main concern, following the result of the first leg, is that a large number of Liverpool fans will have managed to pick up tickets in home areas for the sell-out clash.

The visitors will be backed by 3,000 supporters and tickets in home areas were only available to season ticket holders and those with a purchase history that dates back to before March.

However, following a shock first leg scoreline that makes Liverpool strong favourites to progress, there are concerns that fans of the Merseyside club will have been able to buy tickets outside the away end. Should that happen, and should those fans make themselves known, police and stewards will act quickly.

Chief Inspector Dean Howard, the match commander, said: ‘Plans are in place to ensure people can come and enjoy the match action. Let’s hope we are talking about the football on Wednesday.’