Greatest Thoroughbreds in the History of Belmont 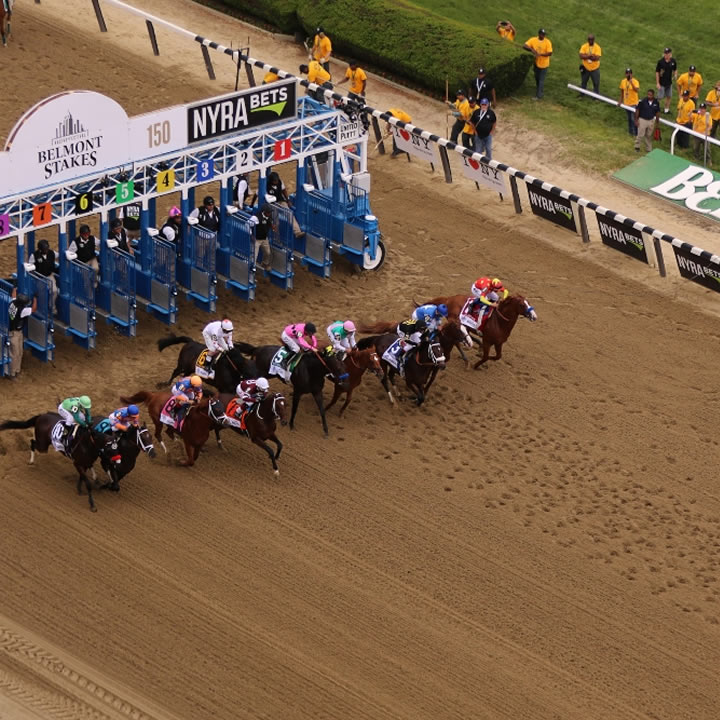 The Belmont Stakes, also known as the “Test of the Champion,” is the most challenging endurance test for thoroughbred racehorses. The race is absolutely packed with promising horses who have the potential of winning the Triple Crown.

In any speed that requires speed, horse racing features some horse athletes that are quicker than others. Of course, the toughest and fastest competitors win a lot of races, make a lot of money, and become popular worldwide.

Unlike the Kentucky Derby and Preakness, Belmont demands a certain amount of experience and luck due to the large field. Belmont Park is famous for its insanely long stretch. If the jockey is unfamiliar with the track, it may set a horse up for defeat.

Trainers must be capable of reading between the lines and acknowledging the true nature of their horses. Each horse athlete needs a different training scheme.  The real master trainers of the competition are those who can modify their training to each horse. These are many reasons why betting on the latest horse race in the Triple Crown is complicated. 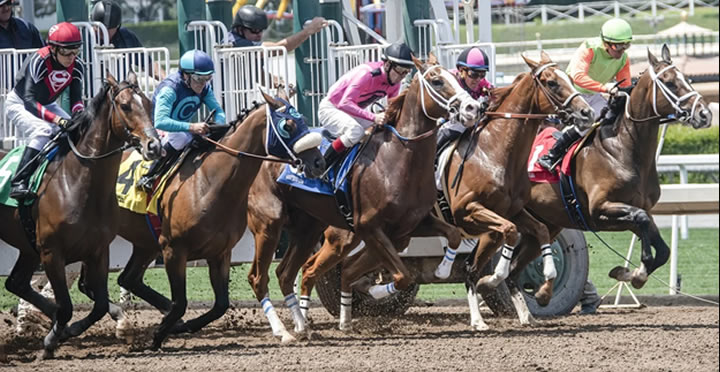 Here is the list of the outstanding horses that conquered Belmont Stakes and left the audience in awe.

The two horses bolted ahead of the other three horses, leaving them ten lengths behind. Secretariat stretched an incredible distance as Sham got tired. He took the Belmont by an incredible 31 lengths, setting a new world record.

Like Man o’ War before him, he has declared the Champion Juvenile Colt and Three-Year-Old in the United States. In 1972 and 1973, he was named American Horse of the Year.

You can no longer argue that the American Pharoah is an iconic horse whose name counts among legends of horse racing after his dominant Breeders’ Cup Classic victory.

In 2015, American Pharoah charmed racing and non-racing fans when he became the 12th Triple Crown champion. Spectators have waited nearly 40 years to acknowledge the horse that will complete the trifecta by claiming the Kentucky Derby, Preakness Stakes, and Belmont Stakes.

Seattle Slew’s journey has moved many generations, and his accomplishments on and off the track have won him a place among the world’s most successful horses.

Seattle Slew made the headlines from a modest start. Four years after Secretariat won the Kentucky Derby, Preakness, and Belmont, Seattle Slew repeated the feat in 1977. And he did even better than Secretariat by becoming the last unbeaten Triple Crown winner.

The citation was trained by the father-son team of Ben and Jimmy Jones and raced under the ownership of Calumet Farm, one of the most prosperous racing and breeding facilities in the world during its glory days.

In 1948, he captured the Triple Crown and set an American record by winning 16 races in a row.

When Citation won the Hollywood Gold Cup in 1951, he became the first thoroughbred to win more than $1 million in his lifetime.

Citation died at the age of 25 on Aug. 8, 1970, and was laid to rest in Calumet’s famous horse cemetery near to his sire and dam. James Fitzsimmons and Max Hirsch, two of Jimmy Jones’ Hall of Fame contemporaries, recognized Citation as the greatest horse they had ever seen.

Justify seemed to appear out of nowhere as the 13th Triple Crown winner.  On February 18, 2018, the thoroughbred racehorse gained fame in his first appearance of racing. Justify’s success continued with two more victories, including the Grade I Santa Anita Derby, which granted him the ticket for the 2018 Kentucky Derby.  He then went on to win the 2018 Preakness Stakes and the 2018 Belmont Stakes.

After six races, six victories, and a remarkable sweep of the Kentucky Derby, Preakness, and Belmont Stakes, Justify announced a retirement for him to stud. The decision was made due to filling in his ankle. He was the 13th horse to win the prestigious Triple Crown. His reign might be short but was absolutely memorable.

Count Fleet is one of only two horses to claim both the Triple Crown and the Withers Stakes. This is a feat described as a “quadruple crown” in the Honolulu Advertiser on June 6, 1943.

With earnings of $250,300, Count Fleet retired with a record of 16 wins, four seconds, and one-third from 21 starts. At the age of 33, he died just months after Secretariat won the Belmont Stakes by a Count Fleet-like 31 lengths.

Throughout a rigorous schedule of the Triple Crown, the Belmont Stakes is a race that requires a horse with a total package of agility, endurance, and spirit.