Greek police on Sunday arrested 19 people in the capital of Athens in one of the most violent showdowns with anarchists in recent years.

The clashes morphed out of a protest march commemorating a student uprising in 1973 when the then-military junta ruling the country sent tanks into the Athens Polytechnic school in central Athens to quash a rebellion.

Attended by some 15,000 people late Saturday, the march through the capital, initially went trouble-free. But as it came to a close, groups of some 300 black-clad youth wearing balaclava scarves and gas masks faced off with police, turning the streets surrounding the Athens Polytechnic into a war zone. 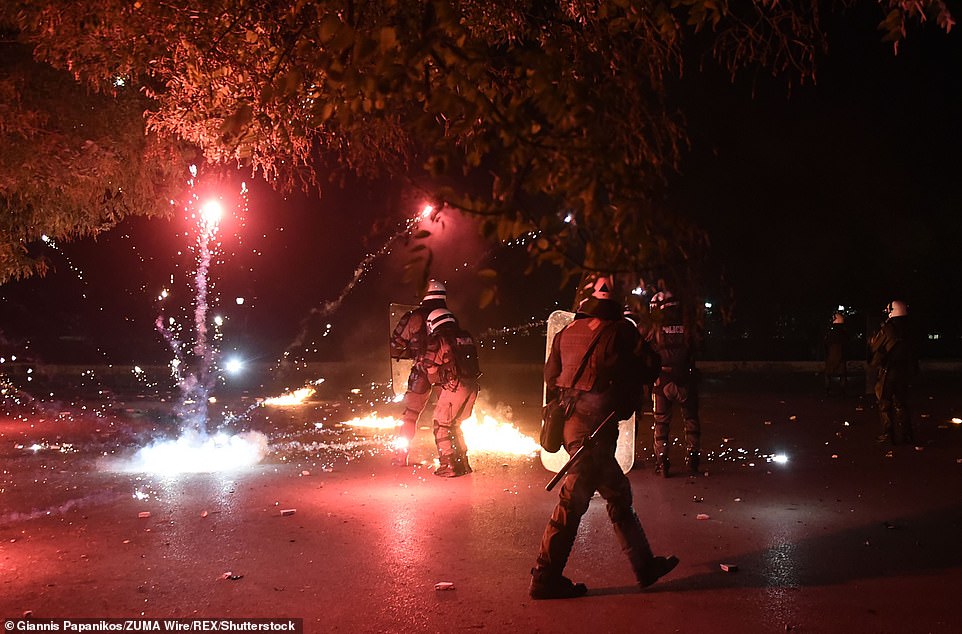 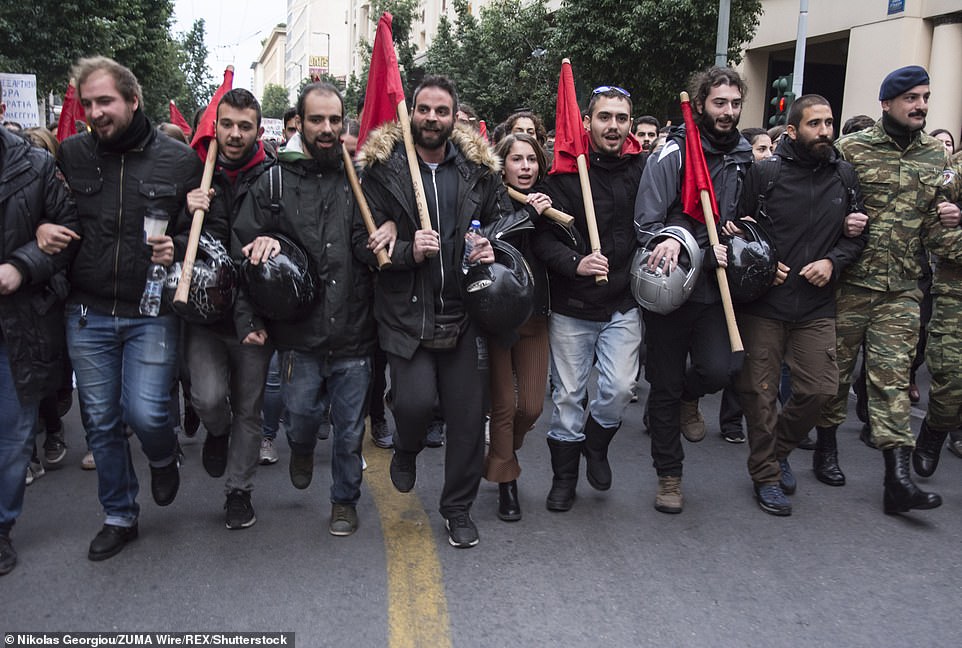 The violence in Athens set off similar clashes in Thessaloniki, Greece’s second-largest city, where police faced off about 200 militant youth who hurled rounds of firebombs against them. At least 10 people were detained but they were later released 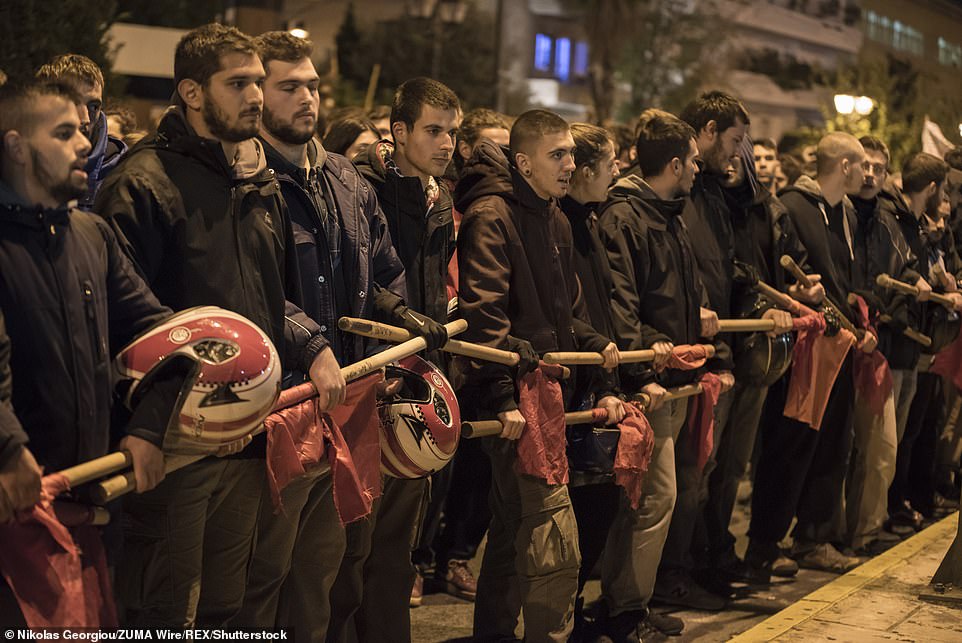 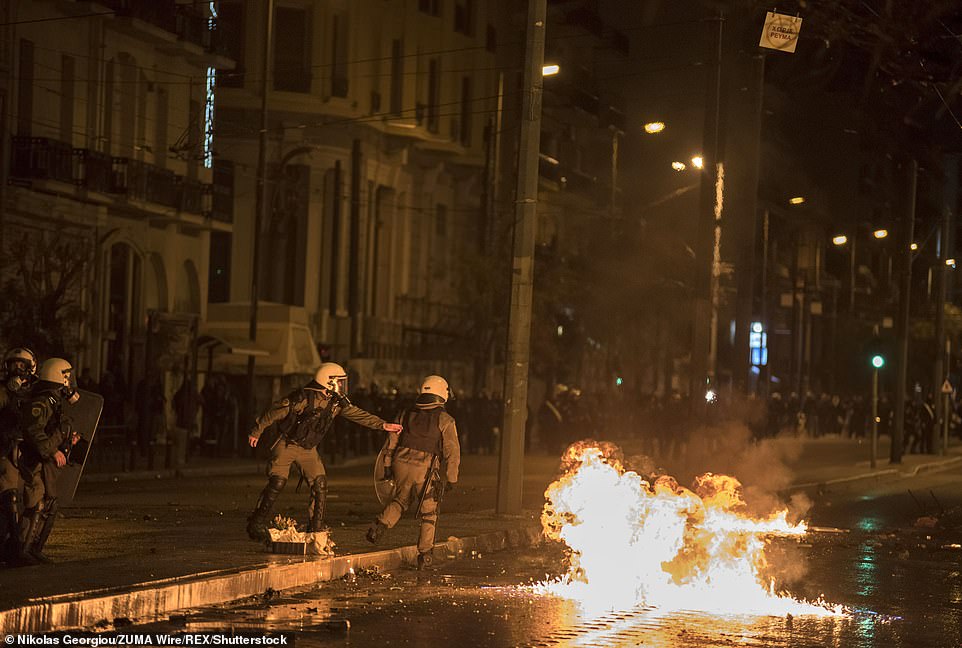 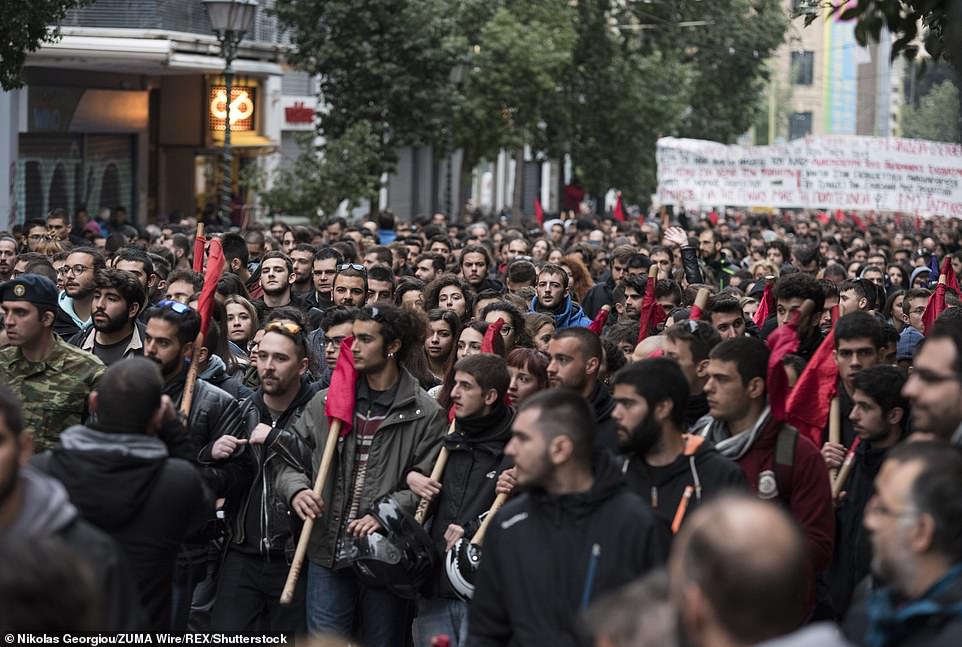 Last month, university professors walked off work, leaving classrooms empty in a symbolic protest to pressure authorities to crack down on anarchists

In all, police said, scores of rioters were detained but 19 arrested in the clashes that left two officers injured. The arrested anarchists are due to appear before a public prosecutor in Athens Sunday to face criminal charges.

The violent showdown adds to growing lawlessness gripping Greece’s universities which anarchists use as launching pads for their attacks on police, exploiting a contentious law barring police from setting foot on state-campus grounds.

The law was scrapped by a conservative government in 2011 but quickly reinstated last year by the radical left leadership of Alexis Tsipras.

Last month, university professors walked off work, leaving classrooms empty in a symbolic protest to pressure authorities to crack down on anarchists and criminal elements that have overtaken state universities as a result of Greece’s controversial university asylum law.

The leftist government has refused to intervene saying liberal thought should be safeguarded at universities, not policed. 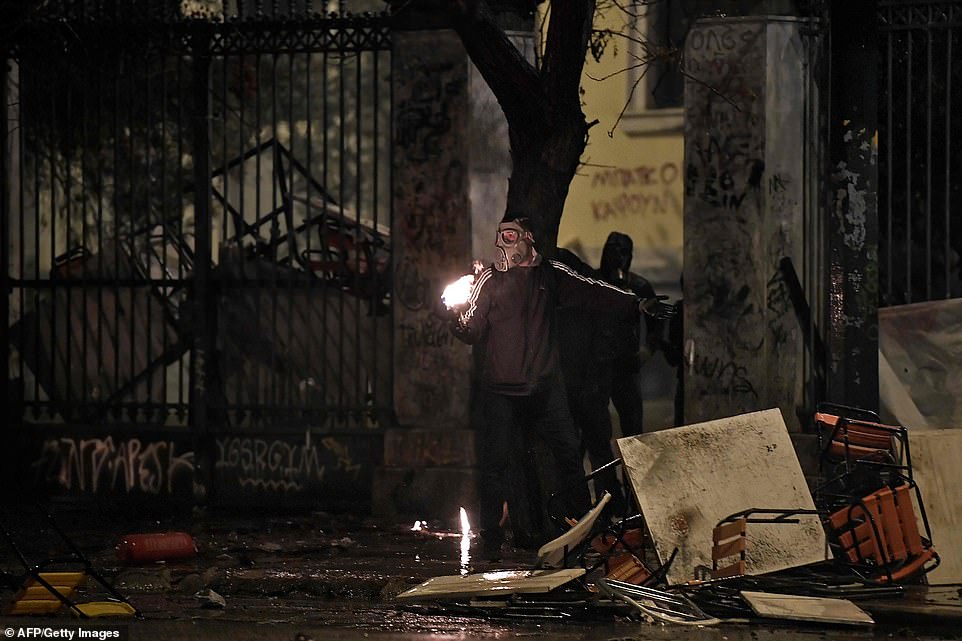 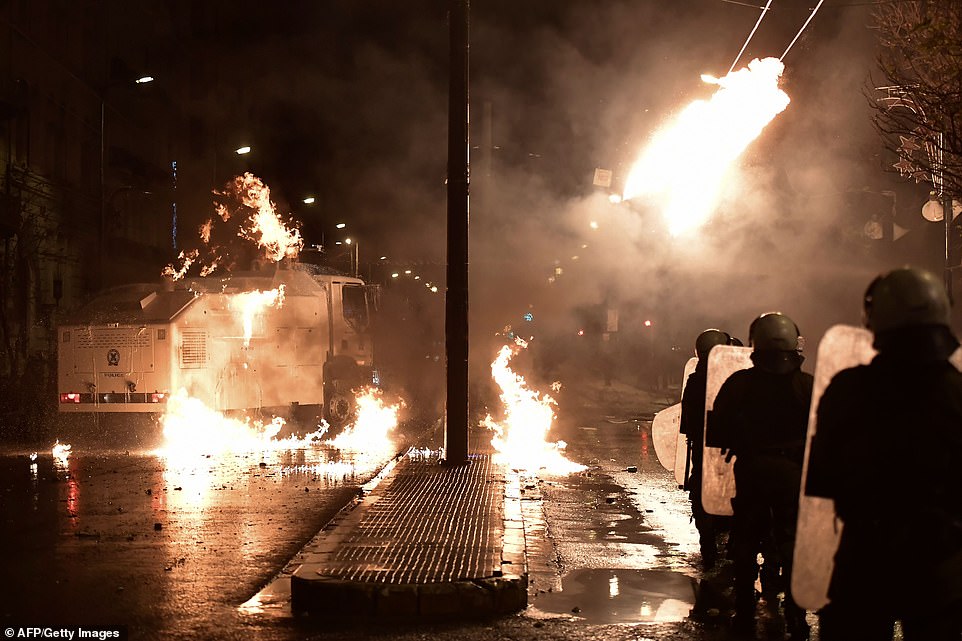 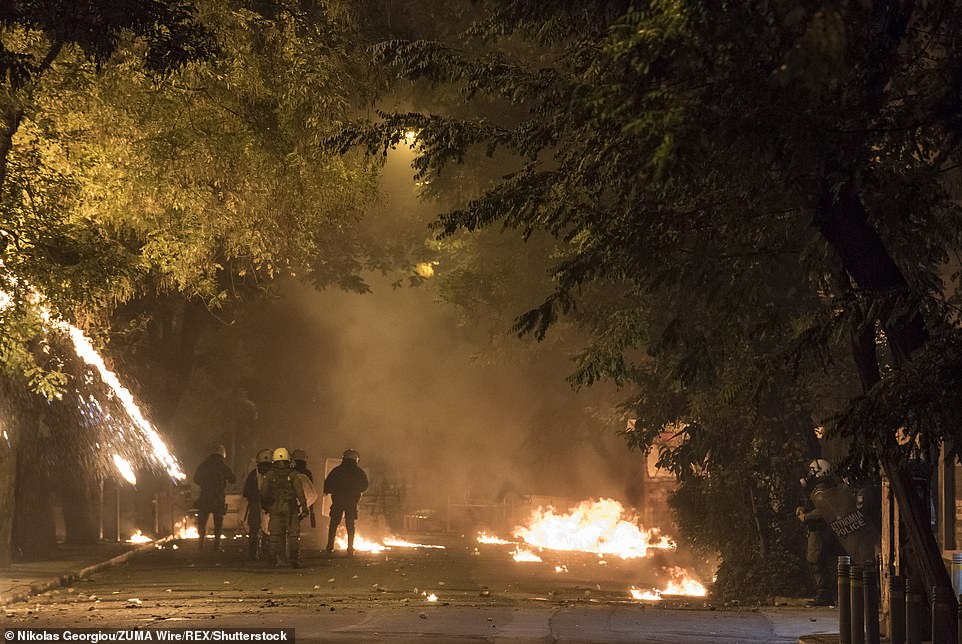 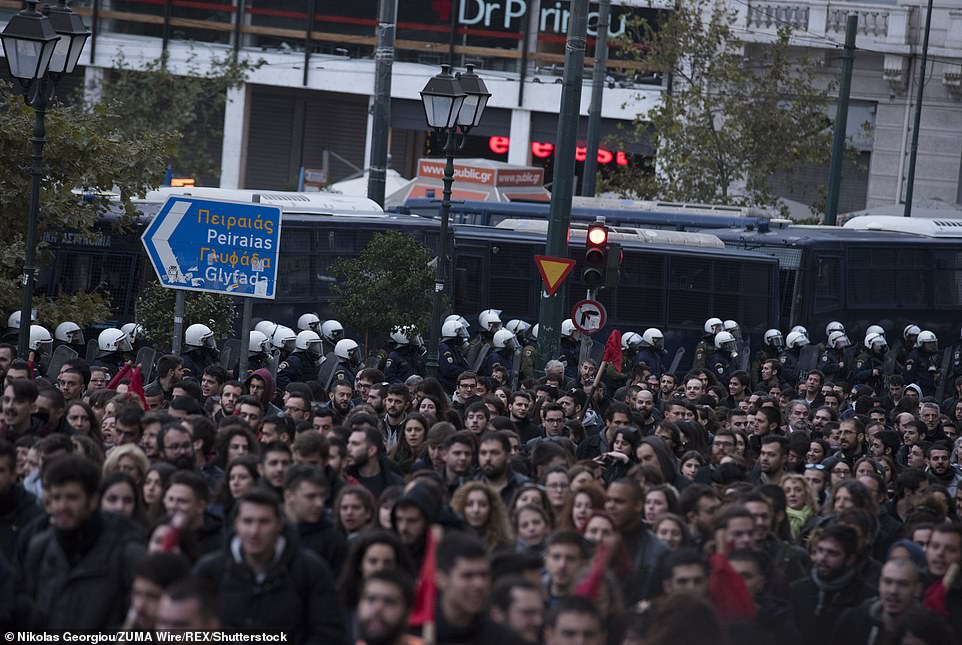