Green Beret, 34, described as the real ‘Captain America’ dies by suicide in front of his wife

A decorated Green Beret described as the real ‘Captain America’ by his friends died by suicide in front of his wife on Monday.

He returned home to Alexandria, Virginia, on July 6 after having dinner with his former battalion leader and took his own life.

Master Sgt. Andrew Christian Marckesano, 34, died by suicide on Monday in front of his wife 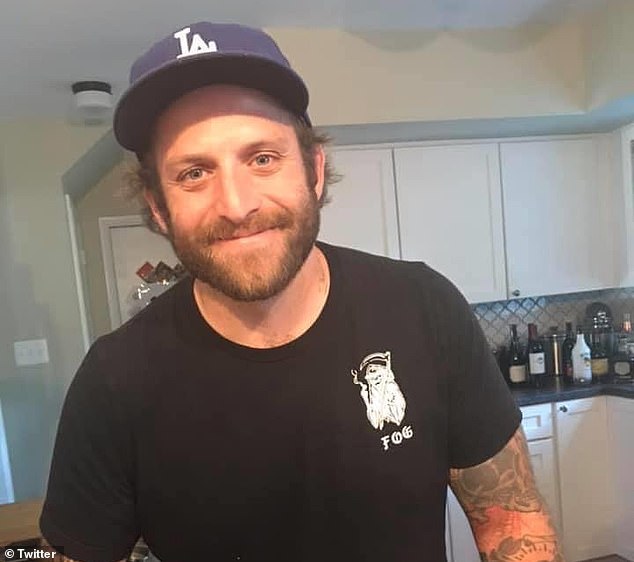 Marckesano’s friends described him as Captain America. The decorated Green Beret had served six full tours in Afghanistan and a half dozen more combat tours overseas before recently moving to Washington D.C. to started a coveted new job at the Pentagon

The young father had served with the 82nd Airborne and the Ranger regiment in Afghanistan and rose to become a decorated Green Beret and a Silver Star recipient.

He was still on active duty.

Marckesano’s suicide was the 30th from the 2-508 battalion, which had the highest casualty rates of any unit during the Afghanistan war.

His friends told Fox that the soldier has never recovered from his tour with them in Afghanistan’s Arghandab Valley in 2009.

‘That deployment was like being in the ring with Mike Tyson for a year,’ the battalion’s former Command Sgt Major Bert Puckett said.

He urged others who served in the battalion to get in touch if needed.

‘Text me, I told you before my door is open… my phone is at hand,’ Puckett said.

‘We did things that people make movies about and in some cases, writers and producers wouldn’t even try to write our story… the rucksack is heavy… and when it gets heavy we f*****g help each other, but you have to reach out… Don’t let the Valley win.’

Marckesano’s death comes as concerns are raised about the effect the coronavirus pandemic is having on mental health resources for former combat troops.

Currently, about 20 veterans die by suicide each day, about 1.5 times higher than those who have not served in the military. 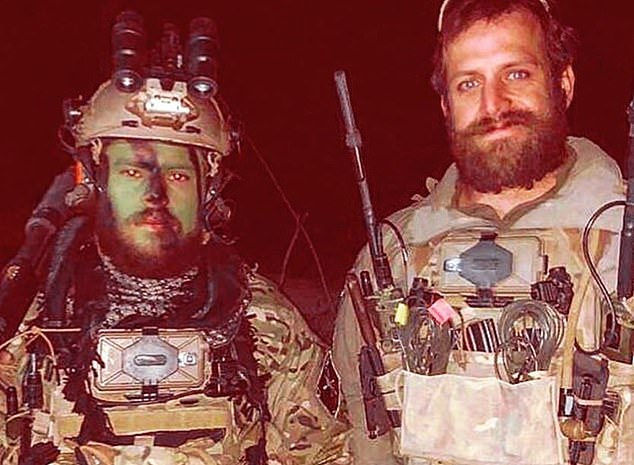 In 2009, Marckesano (pictured right) toured through Afghanistan’s Arghandab Valley with the 2-508 battalion. His friends say that he never fully recovered from the tour 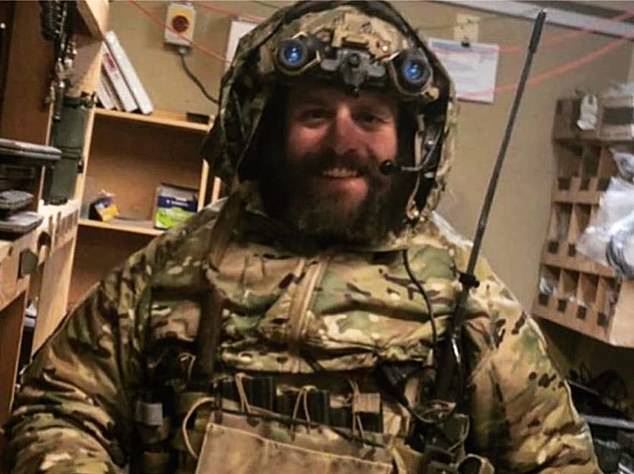 Marckesano, pictured, is the 30th suicide from the 2-508 battalion

The government says about 14 of those 20 were not under VA care, pointing to a need for improved outreach.

White House officials expressed concern about an even greater risk of suicide because of economic strain and isolation stemming from social distancing restrictions during the coronavirus pandemic.

On June 17, President Donald Trump released a long-awaited plan to address the persistently high number of suicides by veterans, with initiatives including firearm safety, wellness programs at workplaces and new barriers near railroads and bridges.

As part of the $53 million, two-year effort, a public messaging campaign is launching that intends to raise awareness about suicide at a time of increased social distancing and isolation during a pandemic.

The plan also awards grants to community programs outside the Department of Veterans Affairs, building on Trump’s expansion of the private-sector Veterans Choice health program.

‘My administration is marshaling every resource to stop the crisis of veterans suicide and protect our nation´s most treasured heroes,’ Trump said at a White House event. 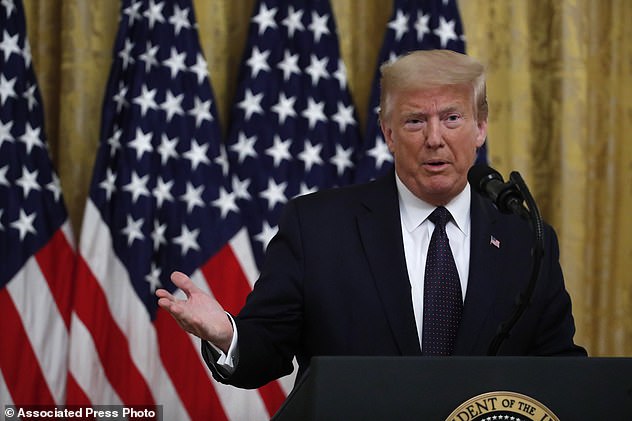 When announcing the plan he was joined by the wife of Staff Sgt Allen Thomas, who had served in the same battalion as Marckesano.

Thomas died by suicide in 2013 after shooting two of his neighbors and their dog before turning the gun on himself.

The three-time combat tour infantryman suffered with PTSD after a suicide bomber detonated and ripped through his body.

He medically retired but in September 2013, asked his wife Danica to take him to the Fayetteville VA Emergency Room for a psychiatric evaluation.

With no beds available, he was sent home with a prescription for painkillers.

‘Eyewitnesses said Allen’s last words were “I got it. I cleared the house”. We think at the time Allen thought he was back in Afghanistan,’ his wife told Fox.

‘But in body, Allen was in our residential neighborhood in Fayetteville. He thought he was taking out the enemy, but instead, it was two innocent neighbors and their dog.

‘We believe he came back to the here and now and realized what happened. Then, he fell to his knees and turned the gun on himself. I heard the crack of the gunshot from across the neighborhood.

‘He did everything right; he wasn’t too proud to ask for help, and he asked for it. But the VA was too broken to provide it. And because of that, three lives were lost just days after he asked for help.’ 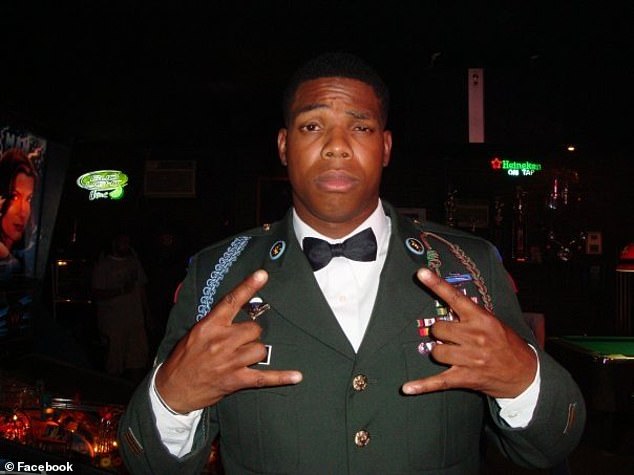 Staff Sgt Allen Thomas had served in the same battalion. He died by suicide in 2013 after shooting two of his neighbors before killing himself. He suffered from PTSD 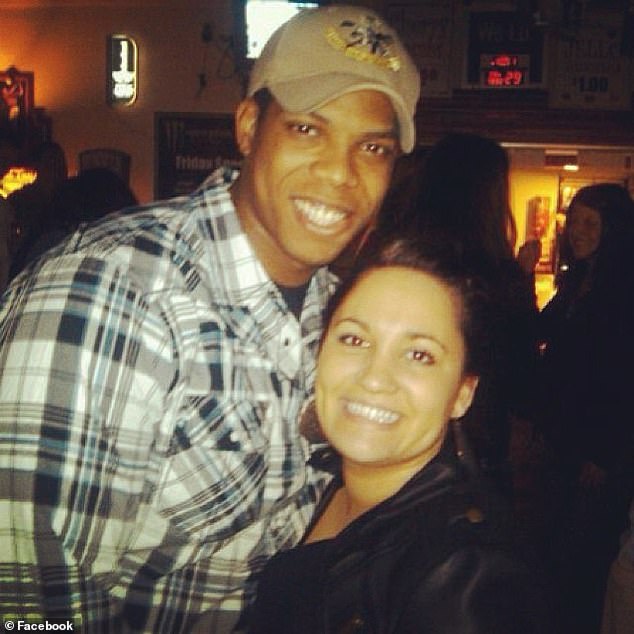 Since Thomas’ death, Veteran Affairs has changed its policy allowing veterans to seek private-sector care, at the VA’s expense, if the VA can’t provide timely care directly to the veteran.

It was unclear, however, how much of the plan could result in immediate concrete action, especially in a presidential election year.

Much of the effort will need congressional action, as well as cooperation from governors and local groups juggling priorities of public safety and health in a pandemic.

Jeremy Butler, the CEO of Iraq and Afghanistan Veterans of America, applauded the effort but said he was disappointed by a lack of direct action to address root causes, such as fixing barriers to education and jobs, improving housing opportunities and expanding access to health care.

‘All these are things are stressors that exacerbate mental health conditions and lead to a point of crisis,’ he said.

Officials say the public awareness campaign will be similar in scope to those against drunken driving and will focus on dispelling myths, such as it being dangerous to talk openly about issues of mental health and suicide.