A Victorian Greens candidate has been stood down over allegations of sexual misconduct made against him only two days before the state election.

Greens candidate for the seat of Sandringham, Dominic Phillips was named as the subject of the anonymous complaint by Victorian Greens party leader Samantha Ratnam.

Mr Phillips’ name will still appear on voters’ ballots when they take to the voting booths on Saturday, though he’s been forced by the party to cease all campaigning.

Ms Ratnam received an email from the unnamed accuser early on Thursday morning.

In it, an allegation of sexual misconduct was made against Mr Phillips, a claim Ms Ratnam replied to with promises of immediate action.

‘The Greens take allegations of this nature extremely seriously,’ the party said in a statement.

‘At 10:12am Samantha Ratnam personally contacted the complainant to confirm that their message had been received, was being taken seriously and that immediate actions were being taken to initiate an investigation in line with agreed processes.’

Initially, Mr Phillips’ name was kept anonymous, but was ordered to ‘withdraw from all campaign-related activities’ on Thursday. 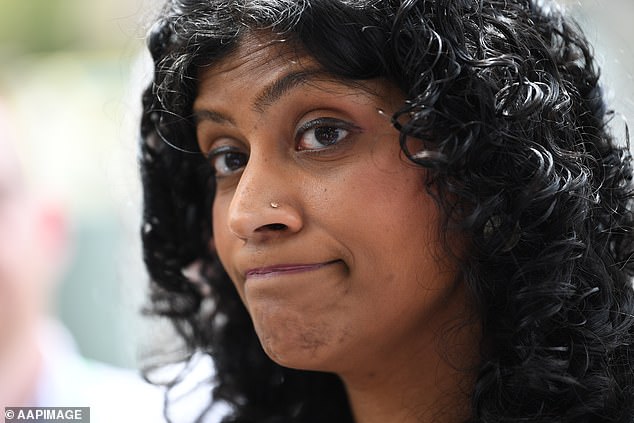 ‘We have acted swiftly and decisively, we’re taking it very seriously and the candidate has been stood down,’ Ms Ratnam told the ABC.

‘I want voters to have confidence when they go to the ballot box about the status of all our candidates.’

More than a million people have already voted in the election.

Sandringham is considered a safe bayside Liberal seat in the city’s southeast, held on a margin of 7.3 per cent.

The alleged victim has asked the party not to reveal her identity. Ms Ratnam said they would respect her wishes and encourage her to report to police.

Victorian Premier and state Labor leader Daniel Andrews reacted to the party’s string of scandals by saying: ‘I refuse to take that political party seriously.’ 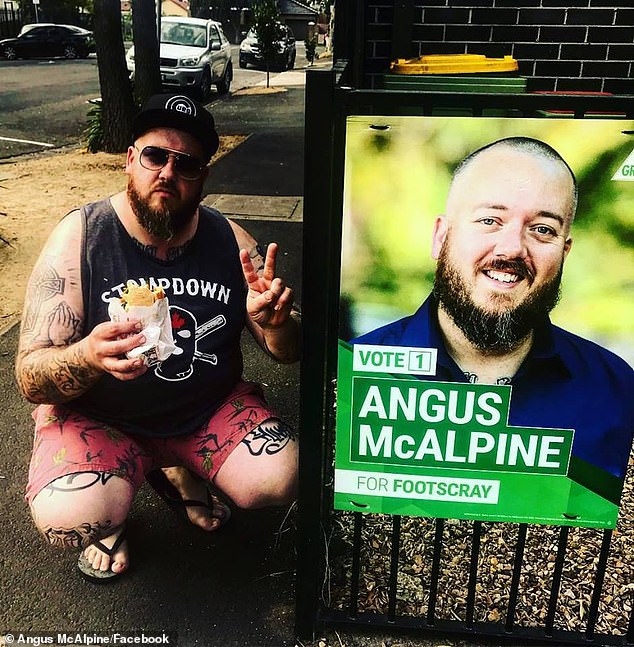 Greens candidate for Footscray Angus McAlpine was also embroiled in scandal after releasing rap music detailing date rape, but he refused to withdraw himself from the ballot

The allegations continue a horror lead-up to the state elections for the minor party.

Mr McAlpine, however, refused to step down and continued his candidacy.

Party staffer Paul McMillan handed in his resignation earlier in the week after making jokes about Islam and pedophilia over social media.

Daily Mail Australia has contacted Mr Phillips for comment in relation to the woman’s allegations.