GREG DYKE: Sadly it was not to be, but something long pent-up in the English soul has been released

Like almost any Englishman old enough to remember, I can still picture exactly where I was when our team lifted the World Cup trophy in 1966.

I was staying with my aunt in Wales and a dozen of us were gathered around a tiny black-and-white television, watching the game being broadcast live from Wembley Stadium.

I was 19, and in the feverish grip of a lifelong obsession with the beautiful game that had started in childhood courtesy of my father — another obsessive — and would culminate in my chairmanship of the Football Association many years later.

That nail-biting victory — in which England beat our old foe Germany by four goals to two — was a moment immediately sealed in the hearts and minds of every English football fan, and in the national consciousness.

How utterly delirious we were then — and how naive! For looking back, I don’t think any of us swept up in that wave of national euphoria could possibly have imagined that it would be more than 50 years before we would reach another final of a major international tournament.

I had no idea that I would be an old bloke before my team would once again provide us with the chance of lifting a trophy.

Sadly, it was not to be, but on their dazzling journey to last night’s epic encounter with Italy, this England team has generated a sense of jubilation that has been felt viscerally up and down the land.

Following the defeat of Denmark last Wednesday night, there were fireworks, flag-waving, dancing in the streets, car horns honking, shouts and cheers into the night. It was as if some great frustration, something long pent-up in the English soul, had at last been released and we were free.

After a rotten 18 months of pandemic misery and anxiety and the limitations of life in lockdown, how wonderful it was truly to celebrate — and how right, how inevitable that football was the catalyst.

Because, for better or worse, football remains the crucible of our nation’s emotions and our shared identity — and you don’t have to be a season ticket holder to appreciate that.

Millions of people have found themselves transfixed by our team’s exploits: a vibrant, supremely talented collection of young men of all races and backgrounds, whom I truly believe represent a new era in football. 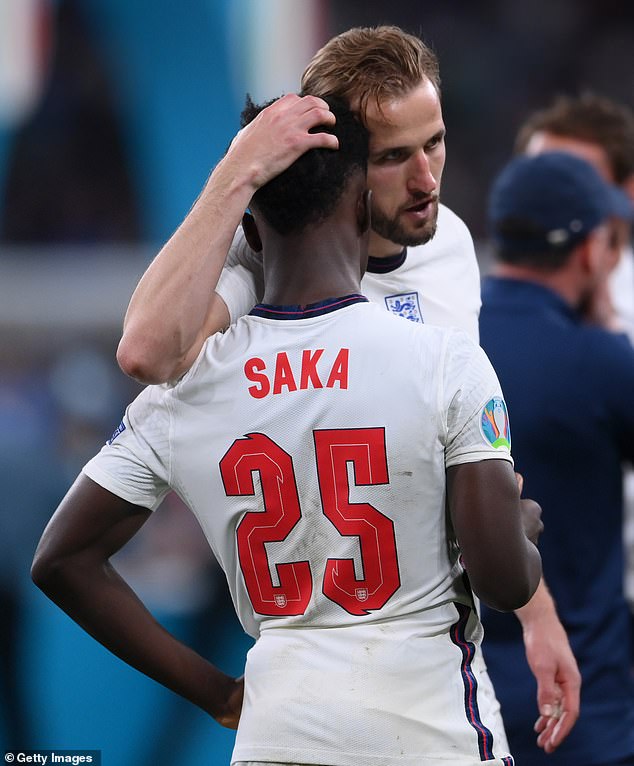 Captain Harry Kane pats the head of Bukayo Saka, one of three England players to miss a penalty in the nail-biting shootout

Yes, they may be multi-millionaires with the flash cars, mansions and toys that go with it. But they also seem to be blessed with a set of admirable values, deploying their youthful energies into campaigning for social cohesion, tolerance and respect — and, most crucially, playing as a team and not a collection of spoiled individual stars.

Every one of them has something to be proud of during this tournament. But who can fail to be especially inspired by the story of Raheem Sterling, a young man whose father was murdered on the streets of Jamaica when he was just two years old but who has grown into a footballer whose astonishing flair is recognised across the world — and who has used his fame to campaign so admirably against racial abuse.

The gentlemanly bearing of our captain Harry Kane, meanwhile, seems to echo something of 1966 and our more modest footballing past. Married to his childhood sweetheart, he has a down-to-earth steadfastness that reminds me of Bobby Charlton all those years ago.

We may have been the losing side last night, but there is much to look forward to and build on now that the national game has been so revitalised.

Like so many, football has always been the thread that tied my family together. I was born in 1947, the youngest of three sons, into a football-mad household in the West London suburb of Hayes.

It is no exaggeration to say whether my brothers and I won or lost on the pitch mattered more to my father than anything we did in the classroom.

I remember Dad’s pride when the manager of our local team, Brentford, came to our house to persuade my eldest brother to join them as a junior. But Dad drew the line at him ever becoming a professional player: back then, with a maximum wage of £20 a week, a footballer’s earnings bore no relation to the ridiculous salaries players now command. For all his humility, let’s not forget that Harry Kane takes home about £200,000 a week! 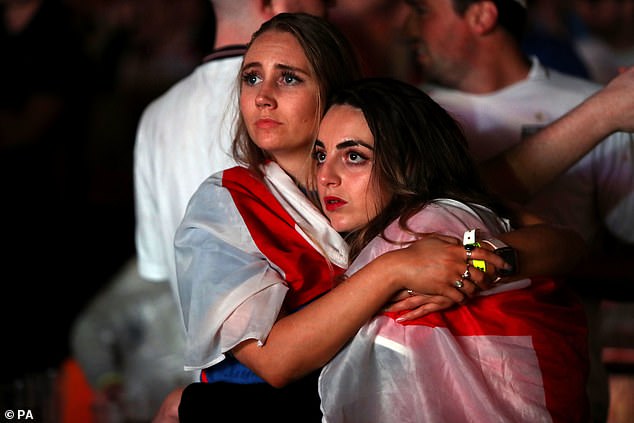 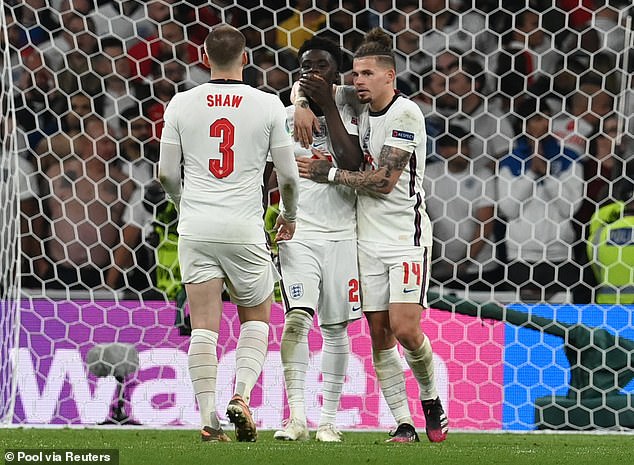 My dad thought my brother should get a proper job.

My two brothers were dyed-in-the-wool Tottenham supporters: our grandmother ran a pub where Spurs players from the 1950s would drink and throw darts. So my siblings took a dim view when, owing to a contrary streak in my nature, I decided to support Manchester United instead.

It’s a passion that has never left me: although to this day, like a man juggling a wife and a mistress, I have split my affections with Brentford FC, the first team I went to watch as a ten-year-old.

Of course, during my lifetime, football has changed beyond recognition. Tickets are more expensive and harder to come by, players are paid incomparably more, hooliganism has come and gone, and a game once largely enjoyed and played by men has transformed into one with millions of devoted female supporters, and brilliantly played by women, too.

All these changes mirror our changing times. Yet football itself always remains the same: magical in its simplicity.

That’s why the national game in particular is so important.

Whoever you are, those players on a pitch allow the entire country to unite behind them, in a way that doesn’t seem to be replicated elsewhere, not even in the fervour of Wimbledon, a tense Test Match at Lord’s, or a ferocious fixture at Twickenham.

And what an agonising ride it has been for all of us England fans. Since that 1966 triumph, the Three Lions have played in just four international tournament semi-finals — and never reached a final until now.

The reasons for this are complex — but when I was asked to take over as chairman of the FA in 2013, I knew something had to change.

The previous year, England had once more exited the Euros — then co-hosted by Poland and Ukraine — in the quarter-finals via a penalty shoot-out. 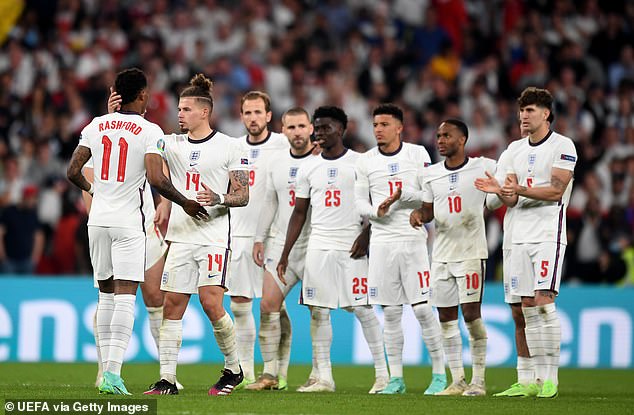 As England’s manager Gareth Southgate — who famously missed a sudden-death penalty against Germany at the Euro 1996 semi-finals — would himself tell you, it was starting to feel like Groundhog Day.

I was roundly mocked, one of my friends telling me: ‘You’re only saying this because you won’t be in charge in 2022 to be judged!’

But I knew the team had to have a target, a view shared by Dan Ashworth, then the FA’s director of elite development.

Then we needed to work out how to transform the way England played. As chairman, my job wasn’t to coach the players, of course: it was to find the means to fund them, which I did by restructuring the way the FA was run.

I also went with Dan and his team to visit Spain’s national training centre. Spain were then the world champions, and we went to find out how they had done it.

The Spaniards were very generous with their time, and I am not too proud to say we pinched some of their ideas, which included a greater focus on the ‘backroom’ team — everything from coaches and nutritionists to physios and psychologists — to creating what would be dubbed ‘England DNA’: a crucial unifying philosophy to bring together lads who had come from a myriad of different teams and backgrounds.

I feel — perhaps you do, too — that England DNA in the national squad today. 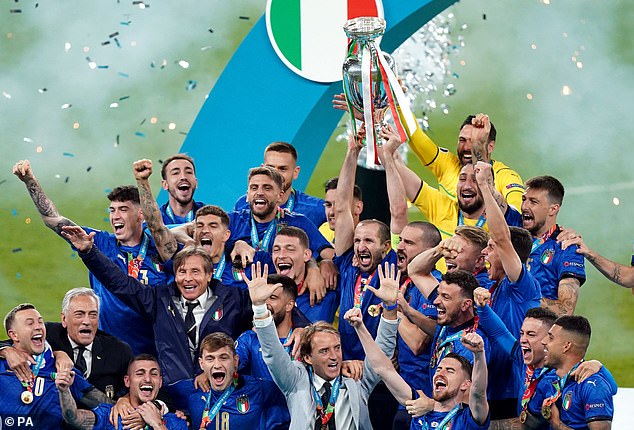 Italy scream and cheer as they raise the Euro 2020 trophy at Wembley stadium, extending England’s 55 years of hurt

Players from the age of 15 upwards know what is demanded of an England player: tactically, technically, physically and mentally. All our national coaches understand who the potential stars of tomorrow are.

The FA also took on Gareth Southgate as coach to the under-21 team, before he progressed to the national team manager in 2016.

And what a magnificent decision that proved to be. So much of what we now see in the squad is about Gareth: a cultured and measured man who is liked and respected by the players in equal measure, and whose own journey from outcast to hero is another footballing story in miniature.

His innate decency — along with those waistcoats (sadly now abandoned) — has won him fans far beyond the pitch, as well as turning him into something of a pin-up for women of a certain age, I gather!

Gareth’s unified, multi-cultural team is in no small part a reflection of his vision.

He and his players have carried the hopes and dreams of a nation with them: and after a turbulent few years in which Brexit and the ‘culture wars’ have divided the country while the pandemic has devastated it, the magical power of football to unite has never been more needed.

And we saw that last night as tens of millions of Britons up and down the country were glued to the game on TV, computer screens and radios, cheering on their side for all they were worth.

Indeed, the television audience for the final was estimated at more than 30 million. And I am thrilled that the match was on free-to-air television, something that some media executives have always tried to get rid of over the years, wanting everything — as in so much American sport — to go to the highest bidder and requiring viewers to pay to watch the match.

That would have been utterly wrong-headed — and it would never have brought the nation together in the same way.

So, this morning, yes, we must face up to the fact that football has yet to come home — but we should not be too down-hearted. The important thing is that we got to the final, breaking the spell that hovered over our team for two generations.

And, given that two of those three objectives that I set out in 2013 have come to pass, it may even be that a trophy awaits us in Qatar next year — and that England will be world champions once more.