Gremio starlet Arthur admitted he is counting the days until he completes his £35million move to Barcelona.

The 21-year-old is to join his new team-mates next January with the deal completed in July.

‘I am counting the days to play at Barca. Barca was the club in which I always dreamed of playing and making that dream come true was very rewarding,’ he told Mundo Deportivo.

‘I celebrated with my family because it was a dream of everyone, not only mine.’

The skilful youngster admitted he would love to complete the move as soon as possible but recognised that will not be his decision.

‘That is a question that not only depends on me, but also on Gremio. 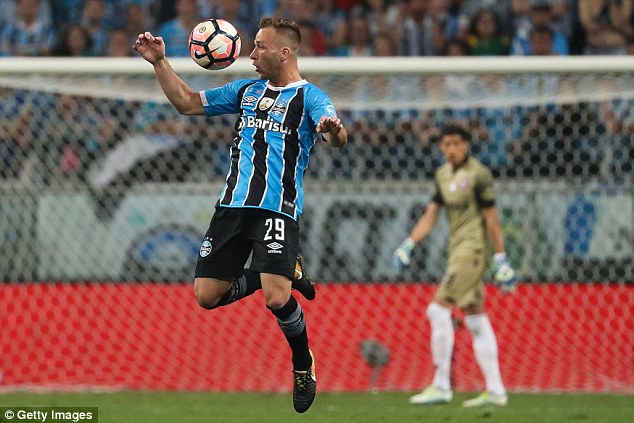 ‘So the two clubs should sit down to decide, but I am sure that what they decide will be good for me,’ he added.

Barcelona fended off late interest from Manchester United to secure the signing of Arthur and Chelsea were also tracking the player.

It’s clear that Arthur had his heart set on Barcelona and it looks almost guaranteed that he’ll be playing for the La Liga champions next season.