The billionaire Chief Executive of LVMH made the comments while speaking at his luxury giant LVMH’s sustainability event earlier this week.

Arnault said that while Greta was a ‘dynamic young girl,’ she has ‘surrendered completely to catastrophism.’ 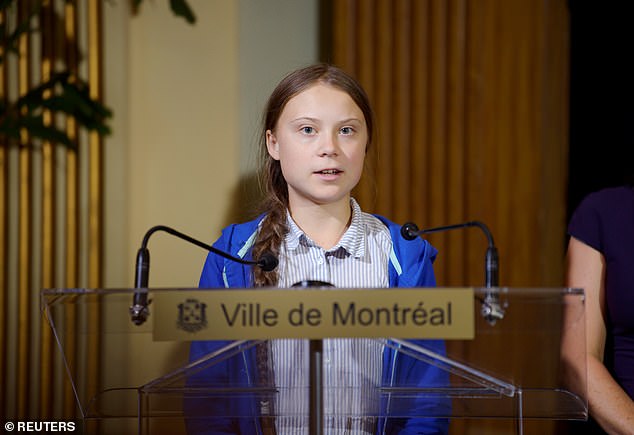 Arnault said that while Greta Thunberg (pictured) was a ‘dynamic young girl,’ she has ‘surrendered completely to catastrophism’

‘I find that her views are demoralising for young people,’ the fashion CEO continued.

‘I prefer positive solutions that allow us to get towards a more optimistic position.’

He added that there was a positive side to economic growth, pointing out that it had helped to create jobs and lift many people from poverty.

‘If we don’t want to go backwards, we still need growth,’ he said. 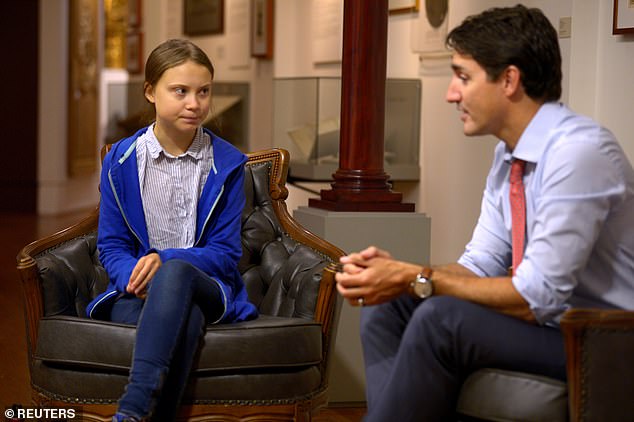 Thunberg met with Canadian Prime Minister Justin Trudeau earlier in the day on Friday (pictured), who praised her activism on climate change

The teen activist has become a symbol for climate change action and on Friday led a mass march in Montreal that was part of a second global wave of protests in cities around the world and saw half a million people turn out for the event.

Hundreds of thousands of people in Italy, Australia, Spain, New Zealand and other countries took part in the ‘Fridays for Future’ protests to demand immediate action on climate change.

Greta met with Canadian Prime Minister Justin Trudeau earlier in the day on Friday, who praised her activism on climate change. 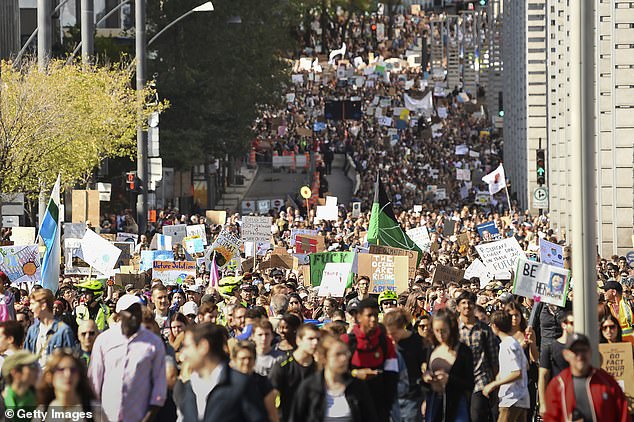 Young activists and their supporters rally for action on climate change in Montreal, Canada, on September 27

‘She is the voice of a generation, of young people who are calling on their leaders to do more and do better,’ Trudeau said. ‘And I am listening.’

Trudeau, who is in the middle of an election campaign, announced a plan to plant 2 billion trees over the next decade.

Thunberg, however, indicated that she expects more, even of leaders who welcome the movement.