By Lillian Gissen For Dailymail.Com

Grey’s Anatomy star Sarah Drew has revealed that filming scenes about a gruesome hospital shooting left her suffering with ‘nightmares and panic attacks’ – and made her paranoid that someone was trying to kill her.

The 41-year-old actress played the role of Dr. April Kepner on the show for more than 10 years and had a key part in several dramatic storylines, from relationship turmoil to a near-fatal car accident.

However, Drew – who left the hit ABC show in 2018 – has now opened up about the most difficult moment from her time on Grey’s Anatomy: filming for the harrowing season six finale, in which a grieving widower shoots and kills several doctors while seeking revenge on the surgeons who he blamed for his wife’s death.

Drew’s character April has a particularly emotional confrontation with shooter Gary Clark (played by Michael O’Neill) during the two-part episodes, in which she desperately begs him to spare her life, before fleeing the scene in terror.

Opening up: Grey’s Anatomy star Sarah Drew just revealed that she had ‘nightmares and panic attacks’ while filming the hospital shooting episodes that took place at the end of Season 6 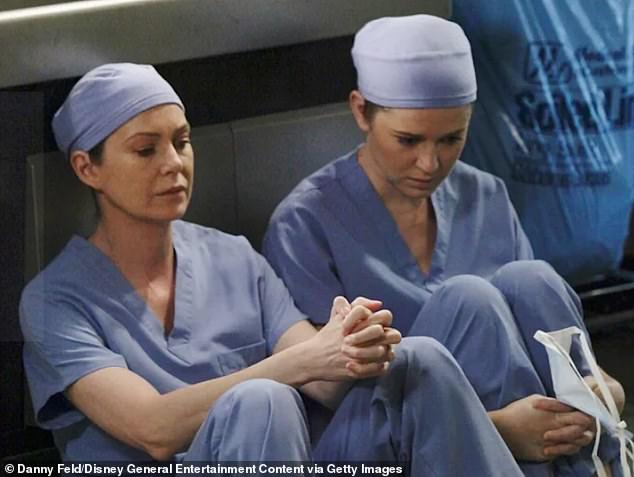 In the two-part finale, a man who had lost his wife came to the hospital with a gun in an attempt to seek revenge on the doctors who he felt were responsible for her death

In another horrifying scene, April discovers her friend’s dead body.

Now, in the new book How to Save a Life: The Inside Story of Grey’s Anatomy written by Entertainment Weekly’s editor at large, Lynette Rice, the actress has opened up about how shooting the ‘intense and scary’ episodes impacted her real life – admitting that she struggled with the aftermath for ‘several days’ after shooting had concluded.

‘I had nightmares and panic attacks while we were shooting that, even for several days after we finished,’ she said.

‘It was very intense and scary and hard to go to those places, and then leave them at the door and then come home and be like, “I’m fine, I’m fine. Nobody’s trying to kill me, I didn’t just watch my best friend die, I didn’t just get covered in her blood.”‘ 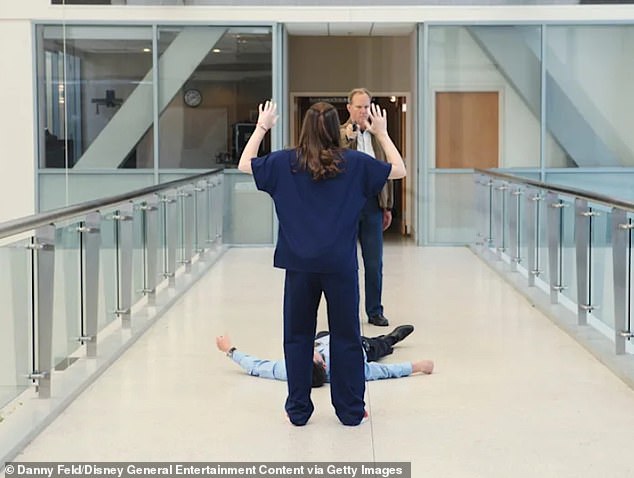 In one particularly scary scene, Sarah’s character, April Kepner, came face-to-face with the shooter in a hospital hallway – and she had to beg for her life 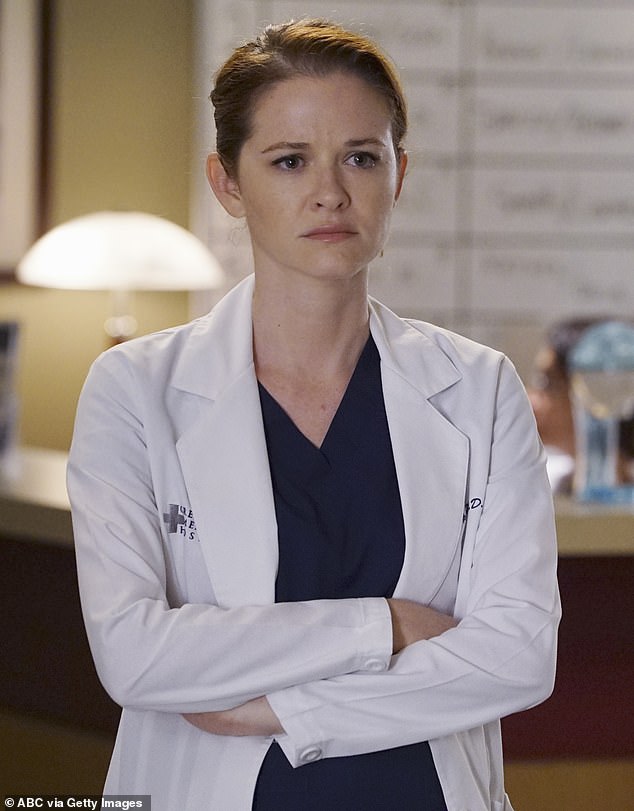 Sarah said: ‘I had nightmares and panic attacks while we were shooting that, even for several days after we finished’

She explained that when an actor has to film a traumatic scene, it ‘does something to your body because your body doesn’t know that it’s not [really] happening.’

According to the book, O’Neill, the actor who played the shooter, also struggled with the episodes, especially because someone in his own family had been murdered.

‘I know what happens to families when someone gets cut down,’ he said. ‘You don’t ever really recover from it.’

Before filming began, the actor said he told showrunner Shonda Rhimes that it ‘frightened him’ and she said, ‘It frightens me too.’

In the end, he agreed to film the scenes after his wife convinced him. But he insisted that he ‘didn’t point a gun at a child and that the character ends his life in the hospital.’