A man has revealed how he found love again just five months after losing his wife to cancer – with the woman who had been her carer.

Paul Wookey, 44, appeared on ITV’s This Morning along with his new partner Wendy, 50, who had been friends with both him and his late wife Debbie, 48, before she passed away in 2016.

The father-of-two, who now lives with Wendy in Bournemouth, Dorset, said that he had spent years grieving his wife while she battled cancer, and that falling in love with Wendy so soon after was something that happened ‘organically’.

Wendy had been Debbie’s carer, and Paul admitted he had faced a ‘backlash’ from his late wife’s family when they learned of his new relationship.

The couple were talking on the show about moving on following the loss of a partner, after former Sky Sports presenter Simon Thomas confirmed he is in the early stages of a new relationship, a year after losing his wife to cancer at 40.

They said that while Debbie was alive their relationship was more like that of ‘brother and sister’, but Paul said they fell for one another within weeks of her death – but didn’t act on it until five months had passed. 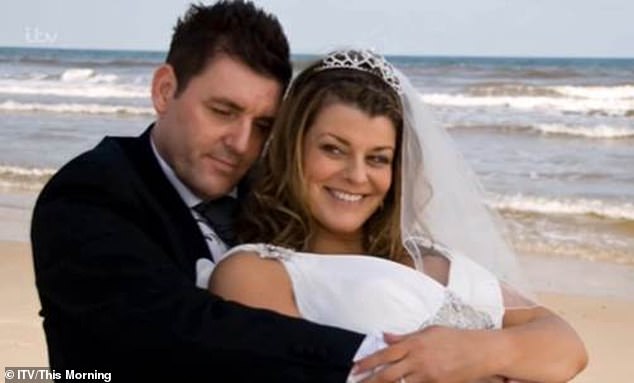 Paul and Debbie had met and fallen in love in 2008, getting married in 2010 – but just two years later she discovered her cancer had returned and she later died in 2016

Paul had met Debbie online in 2008 and after a year he proposed, with the loved-up pair getting married in 2010, and their daughter Jazmine being born a year later.

Sadly everything changed when Debbie, who had previously battled breast cancer, found out in 2012 it had returned, and spread to her kidney, liver and lungs.

In July 2016 she was given 12 months to live, but passed away just two months later in September.

Wendy explained on the daytime show that she had been spending a lot of time with Debbie in the hospice where she was spending her final days.

And she said that Debbie had told her ‘not in so many words’ to keep looking after Paul and their daughter, Jazmine.

‘I just said of course I will,’ Wendy recalled of the days leading up to her death.

‘She wanted me to promise. It felt uncomfortable but I didn’t say anything to Paul.’

At the time the pair said their friendship was more like ‘brother and sister’ and that nothing romantic developed until after Debbie passed away. 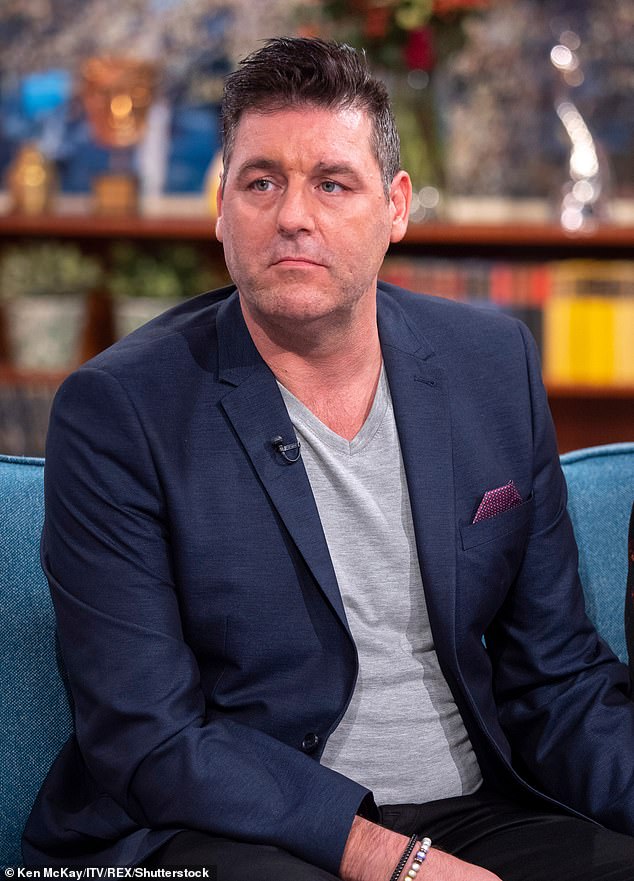 They both believe that in a way that was Debbie giving them her ‘blessing’.

‘I hope so… It was a natural progression for me to carry on looking after them,’ Wendy said of Paul and Jazmine moving in with her and her two teenage children Sophie, 18, and Freddie, 15.

Paul, who has a daughter Rihanna, 17, from a previous relationship, confessed that not everyone accepted his new relationship so soon after his wife’s death.

‘There was a bit of a backlash,’ he said.

‘Her father, I don’t take that away from him… He was angry he was grieving, we did clash now and then. He had negative feelings,’ said Paul, who added ‘he assumed me and Wendy,’ before trailing off.

Paul said he has in no way replaced Debbie. ‘You can’t put a time limit on grief,’ he said.

‘I was going through that the whole eight years. My grieving period was during then, on the day she died it hit me hard.’ 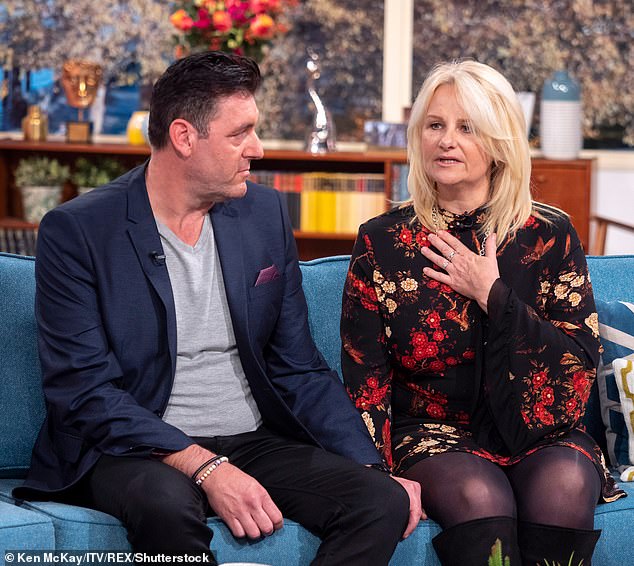 It was just a matter of weeks before he realised his feelings for Wendy: ‘We did fall in love but we didn’t do anything about it. It wasn’t suddenly deciding, we did it months later.’

The couple explained that they didn’t put their relationship on social media, but slowly told Jazmine and their immediate family before becoming an official couple.

Asked why they didn’t wait longer than five months by This Morning host Phillip Schofield, Wendy said: ‘The trouble is it did happen organically. The thing is we had children to consider.

‘We were becoming a family, there were problems with where [Paul] was living and I said “move in”, Jasmine was familiar with me and my kids and we were gradually becoming a family with all the kids together.’