A martial arts teacher tried to set up a meeting with a child armed with crystal meth and sex toys.

Aaron St Omer, 32, sent a string of sickening messages to a Grindr user saying he wanted to find a ‘master’ who would make him ‘rape kids’.

Under the username NoLimitRentMe, he said: ‘I want master, sadistic, sick, extreme f****d up enough to watch some torture, capable of making me rape family, kidnapped friends or kids.’

The user said he was ‘horrified’ and decided to try and discover his identify to forward to the police.

St Omer was arrested after he arrived at a pub to meet the officer and was caught with two grams of crystal meth, GBL, and chloroethylcathinone

When he asked St Omer if he ‘brings his fantasies to reality’, the defendant replied ‘yes’.

St Omer continued: ‘I have been made to by other people who wanted the fantasy they provided everything. I did what I was told.

When the witness asked if he would rape the children, St Omer replied: ‘Everything including the victim are provided.’

He continued: ‘They spray liquid latex in me all over and told what to do. If it is permanently damaged then they would help obliterate the body if it let go too soon.

‘I injected it, chemmed it up was made to inject my blood into it.’

The witness told the court he was disturbed by St Omer using the word ‘it’ to describe the child.

An undercover police officer known as ‘Kev’ arranged to meet with St Omer on encrypted messaging service Wicker, after being tipped off by the Grindr user.

St Omer was arrested after he arrived at a pub to meet the officer and was caught with two grams of crystal meth, GBL, and chloroethylcathinone. 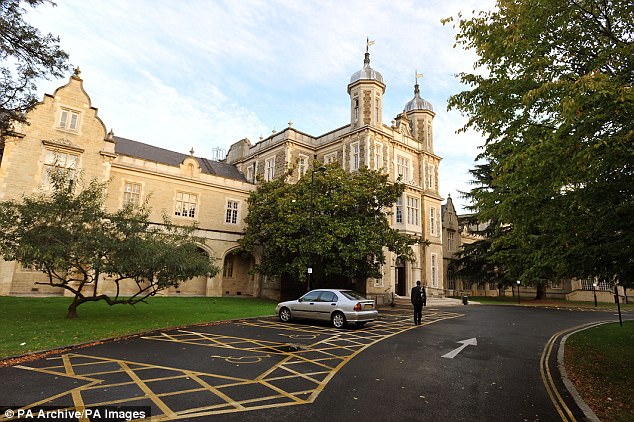 Aaron St Omer, 32, sent a string of sickening messages to a Grindr user saying he wanted to find a ‘master’ who would make him ‘rape kids’, Snaresbrook Crown Court heard

He has now been convicted of arranging a sexual offence against a child and drugs supply charges.

Judge Louise Kamill remanded St Omer in custody ahead of sentence on March 19.

‘The defendant is very keen to have a meeting with Kev because he established that Kev has a child who can be abused,’ he said.

‘There are no real children involved thankfully in this case. It’s a deliberate sting. They were drugs to be supplied to the child he thought he was going to meet.’

St Omer, from Woodford, east London, ran a security company called Jiko-Bouei Defence and also described himself as a Karate consultant on his Facebook page.

He was found guilty by a jury of intending to supply crystal meth, gamma-buty-rolactone and arranging a sexual offence against a child.