The self-styled rapper son of a wealthy New York City couple implicated in the college admissions scandal appeared in court on Tuesday and had his charges reduced in an assault case targeting his father.

Malcolm Abbott, 22, who performs under the stage name ‘Billa,’ was all smiles after emerging from the courtroom.

He was arrested in May on a felony assault charge for allegedly pushing, kicking, biting and striking his father, businessman Gregory Abbott, with a ruler inside the family’s Fifth Avenue home.

Something to smile about: Malcolm Abbott, 22, appeared in Manhattan court on Tuesday and had his felony assault charge downgrading to misdemeanor 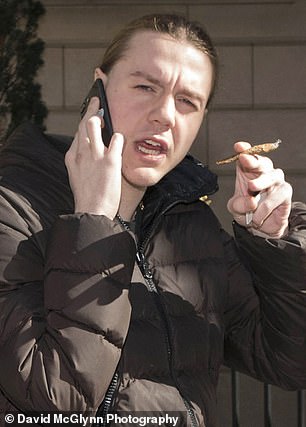 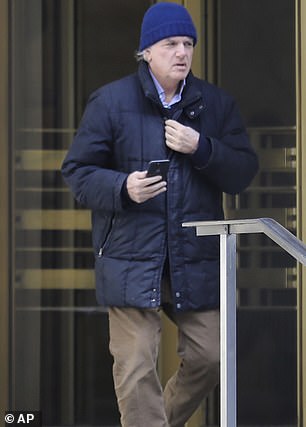 Abbott, pictured in March smoking a blunt (left), was accused of hitting and biting his father, Gregory Abbott, 68 (right), who has pleaded guilty in the college admissions scandal

During Tuesday’s hearing, a judge reportedly downgraded the charge from felony to misdemeanor, punishable by up to a year in jail.

Abbott showed up for the hearing looking clean-cut, dressed in a light-colored button-down shirt, brown slacks and a dark jacket, accessorized with a thick gold chain around his neck and with his blond hair pulled into a short ponytail.

When asked by a DailyMail.com photographer about his jewelry, Abbott said with a sheepish grin: ‘I actually don’t even like to go too heavy on bling.’

He then pulled out his phone and pointed it at the cameraman to record the encounter for his Instagram account.

Malcolm’s father, Gregory Abbott, 68, founder and chairman of a food and beverage packaging company, and his wife Marcia Abbott, 59, were among some 50 wealthy families, accused in March of paying bribes to get their children into some of the nation’s most prestigious colleges. Suspects include actors Lori Loughlin and Felicity Huffman.

The Abbotts’ son made headlines in the local press when he appeared outside his family’s home smoking a suspicious-looking cigarette and spoke out in their defense.

‘They’re blowing this whole thing out of proportion,’ he told a reporter for the New York Post while puffing on the blunt. ‘I believe everyone has a right to go to college, man.’ 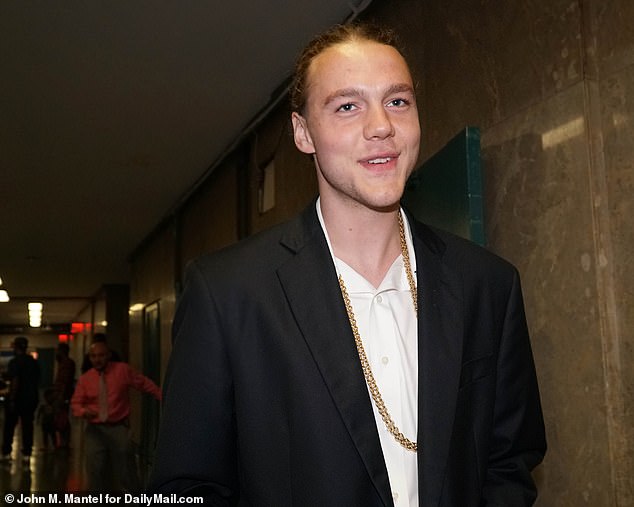 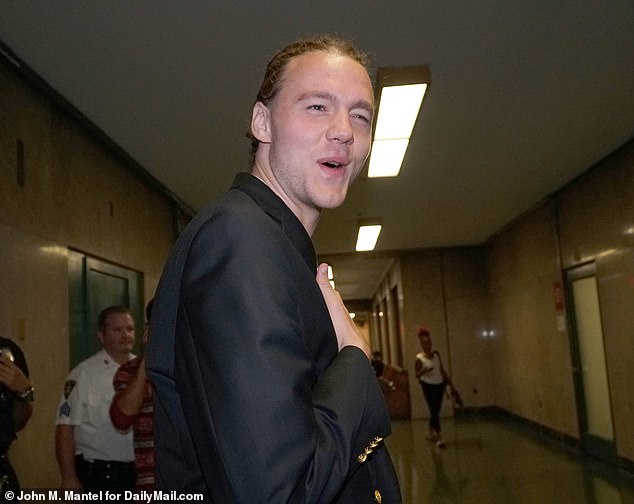 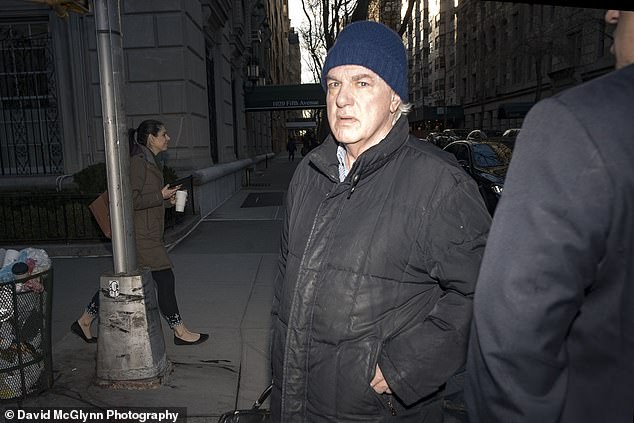 Gregory Abbott and his wife pleaded guilty in May to paying $125,000 to get their daughter into Duke University

Two months later, Malcolm Abbott was arrested for allegedly attacking his father and taken to the notorious Rikers Island jail, where he ended up spending more than a week.

The aspiring rap star later claimed that he was roughed up by the arresting officers and that his father refused to post bail to spring him from jail.

Malcolm denied hitting his father and told the Post he does not hold a grudge against his parents.

‘At the end of the day, they got me famous, so I am really not mad at them,’ Abbott said.

The budding musician also said he found his stay at Rikers inspiring. 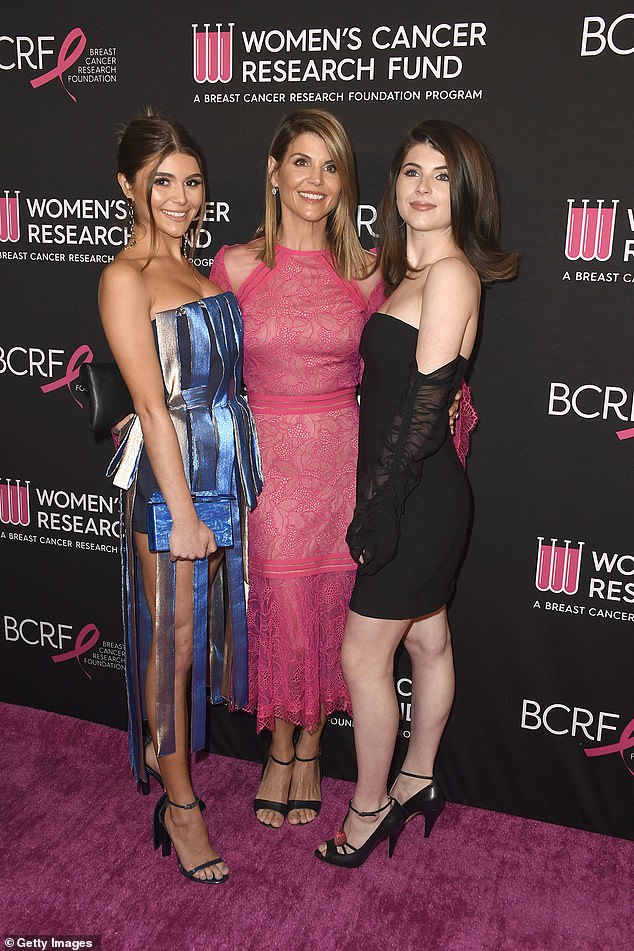 ‘Rikers is the pinnacle of injustice,’ he said, though he added that he was treated well by the guards ‘since I’m a white person.’

In late May, the Abbotts, who have homes in New York City and Aspen, pleaded guilty to paying $125,000 to have someone alter their daughter’s ACT and SAT test scores so she could gain entrance to Duke University.

According to the affidavit, the Abbott Family Foundation made a ‘charitable donation’ of $50,000 to KWF in April 2018, four days before the Abbotts’ daughter took the ACT in Los Angeles.

The exam was proctored by a fixer identified in court documents as Cooperating Witness 2, who corrected her answers after she finished, prosecutors say.