PICTURED: Bloody face of one of four hunters attacked by grizzly bears in Montana on the same day

Blood trickled down the face of a Montana hunter Monday morning after he was attacked by a grizzly bear suspected of injuring three out of four men in less than 12 hours near the Gravelly Mountains.

Montana Fish, Wildlife & Parks officials and a witness said the first attack occurred around 7.30am when two elk hunters from New Mexico who were walking south from Cottonwood Creek surprised a male grizzly that they suspect was sleeping west of the Gravelly Range’s Black Butte peak.

The men said the predator charged at one of them before either man could raise a gun, let alone fire a shot.

‘So few people realize just how fast grizzlies are. The bear was on top of one of the men and the other one was able to get to his bear spray,’ Shedhorn Sports store employee Terri James told NBC Montana after the victims visited her store and shared their story with her on Monday.

Both men eventually escaped back to their vehicle where one hunter snapped a photo of the other’s bloody face before they drove to a local hospital. 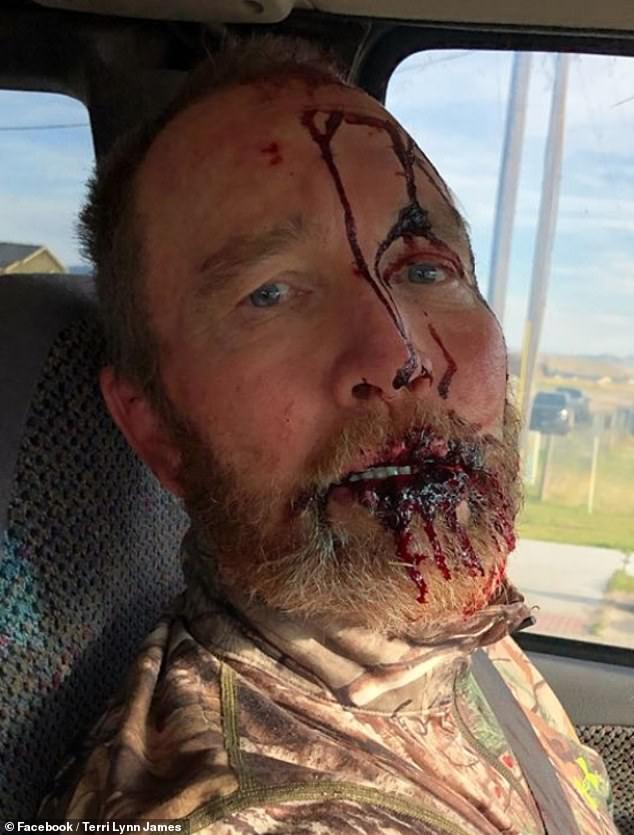 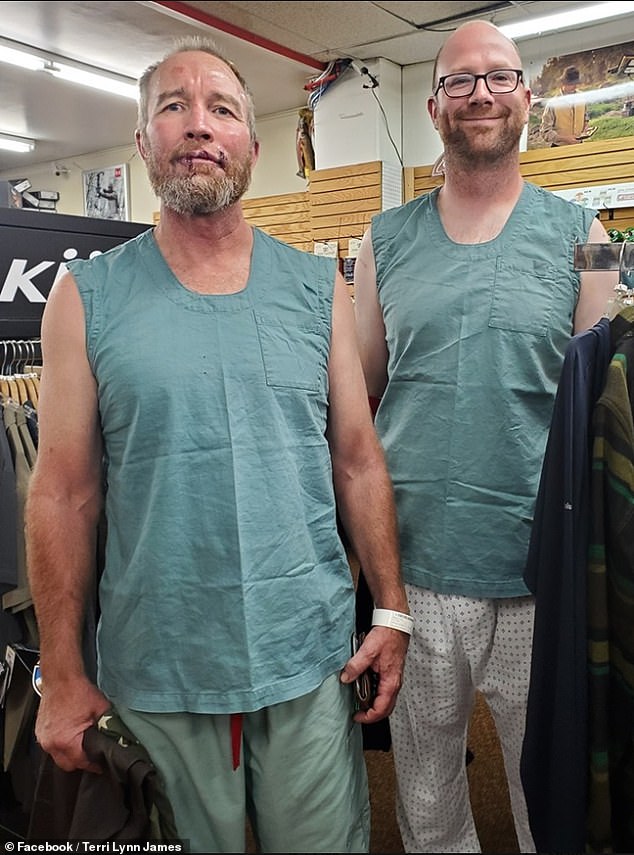 The man’s hunting companion used bear spray on the grizzly to drive it off. They traveled to a local sporting good store in their hospital scrubs to purchase new clothes after seeking treatment for their injuries 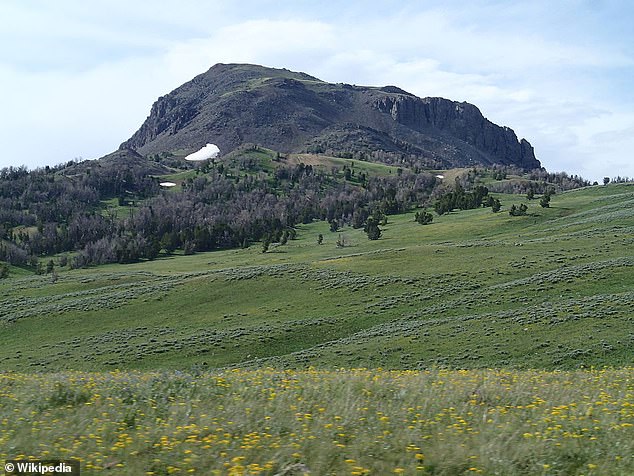 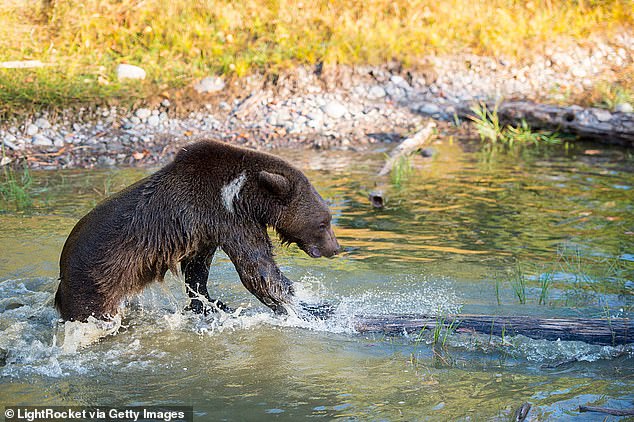 A stock image of a grizzly bear. Park officials still aren’t sure if the two Monday attacks involved the same grizzly. They said travelers should be wary of bears during spring, summer and fall

After getting patched up, they traveled to James’ sporting goods store to purchase new clothes.

Two additional hunters heading north toward Cottonwood Creek were attacked by a grizzly around 6.30pm the same day, officials said.

This time only one of victims was injured before the two men were able to drive the bear away somehow. The hurt hunter received medical treatment at two separate facilities in Sheridan and later Butte, Montana, authorities said.

Wildlife officials still aren’t sure if the two attacks involved the same grizzly. They reminded travelers to be wary of bears during the spring, summer and fall months.

Visitors to the region are advised to be prepared and aware of their surroundings and to carry and know how to use bear spray.

‘Travel in groups whenever possible. Stay away from animal carcasses,’ wildlife officials wrote in a statement on their website. ‘Follow U.S. Forest Service food storage regulations. If you encounter a bear, never approach it. Back away slowly and leave the area.’